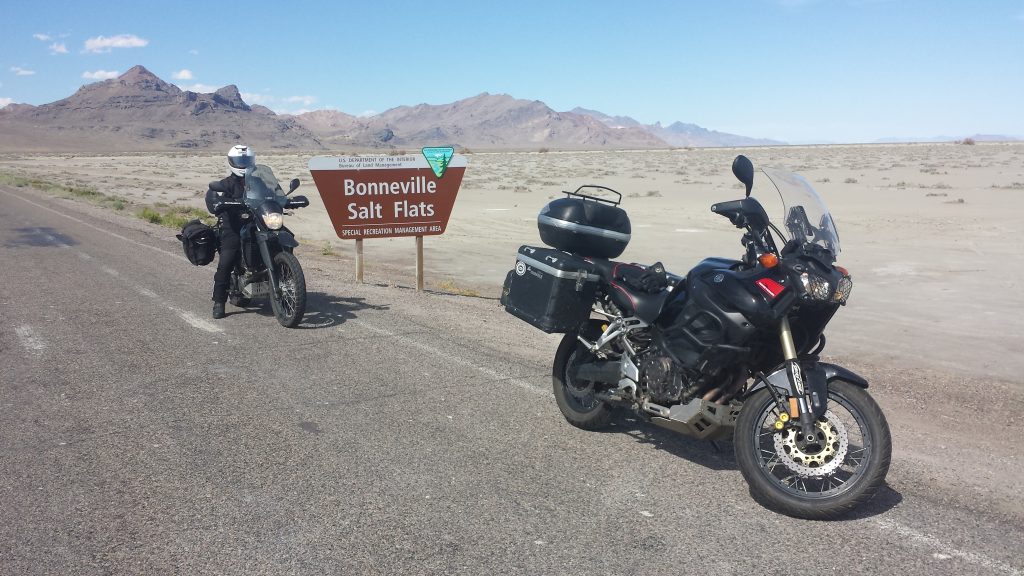 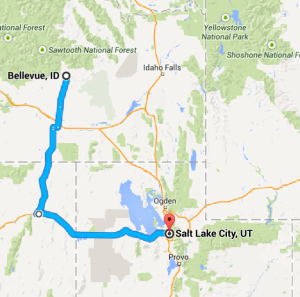 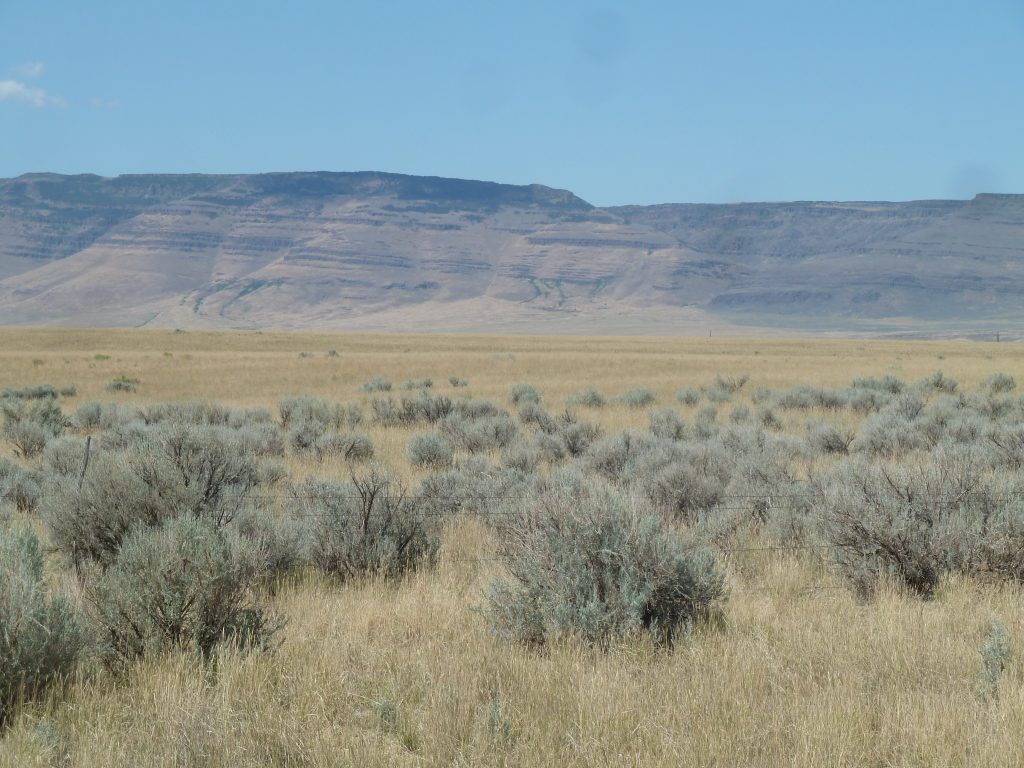 What a difference from yesterday, as soon as we hit the road we were in dry tussock desert, with occasional ranches. 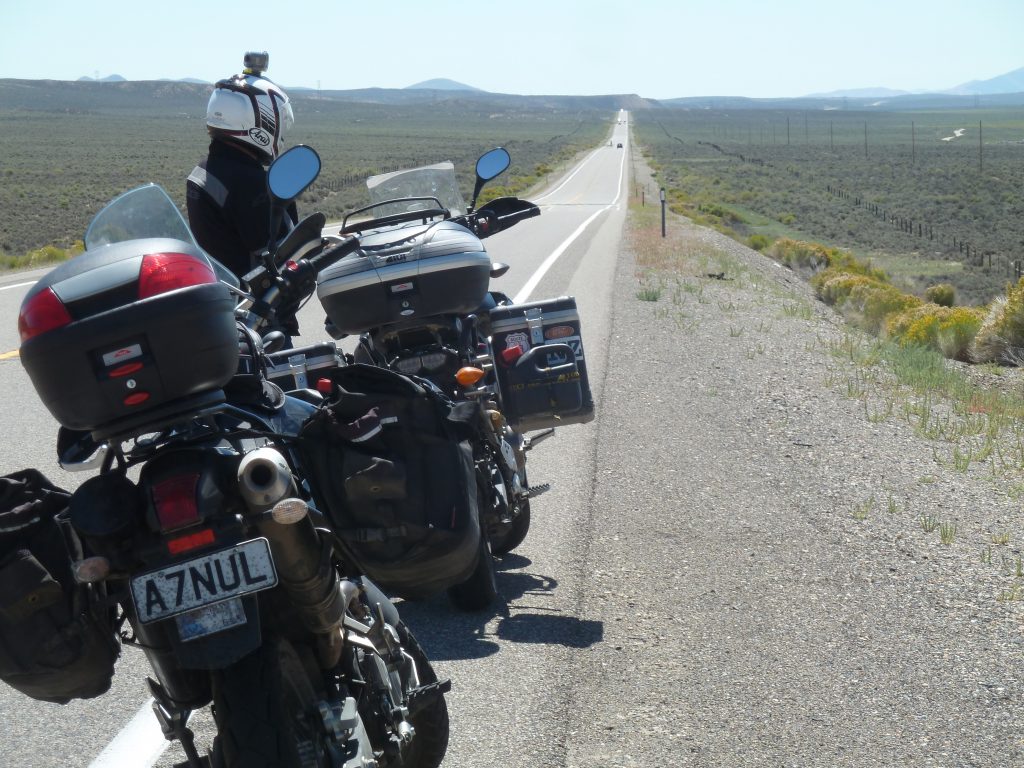 Then suddenly this opened up below us as we crossed the bridge into Twin Falls, so unexpected. 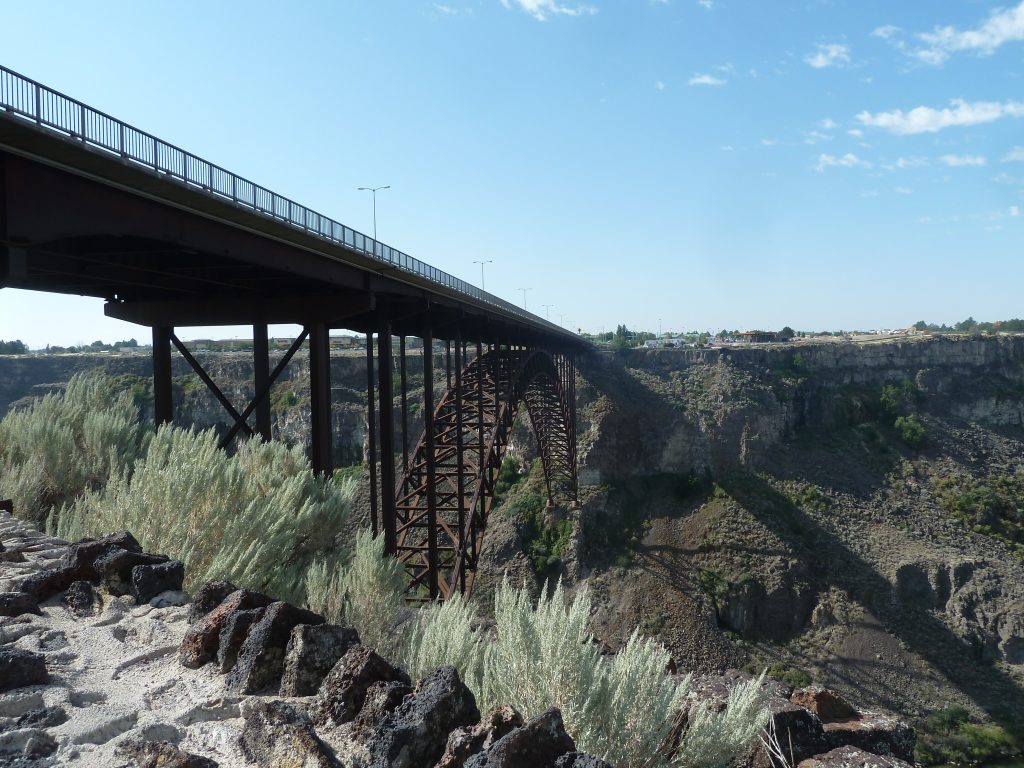 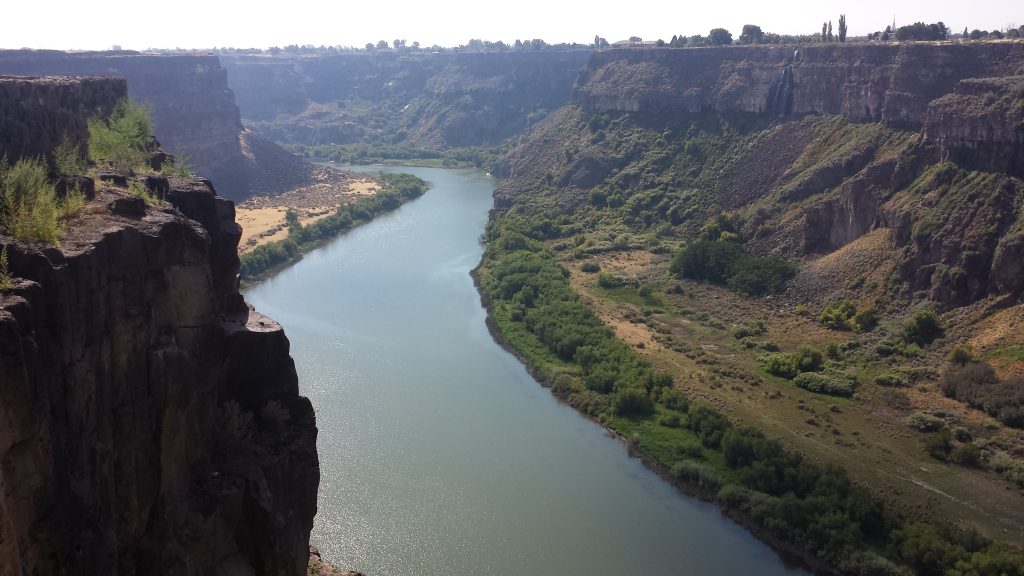 Called in to the Yamaha dealer at Twin Falls and met Wes and his team – a great bunch of guys, very helpful and friendly, and interested in my XT as they don’t get them in the States. 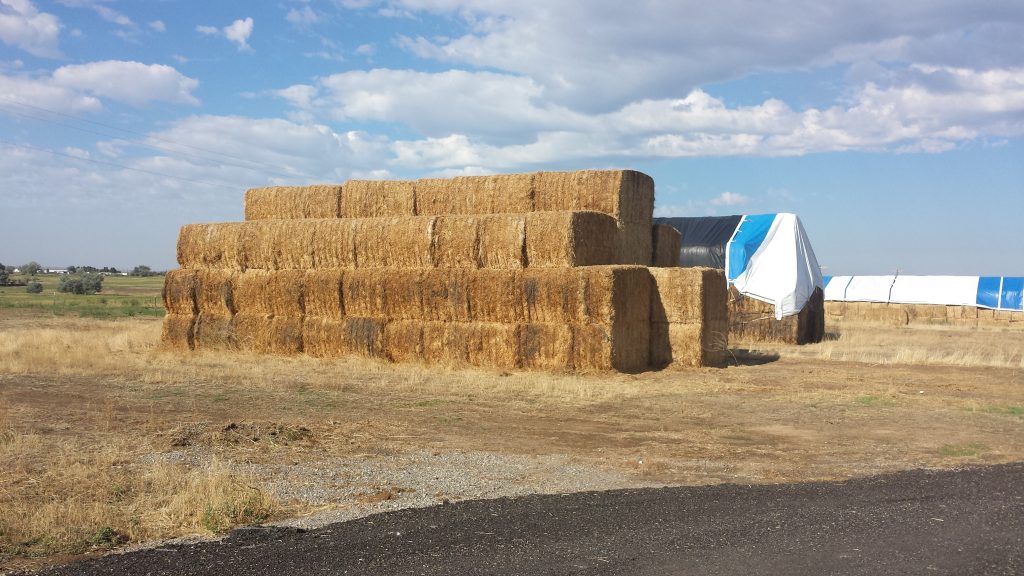 The haystacks are huge – saw a large herd of cows with their heads through a feeding grate eating grain, oh the smell of urea was so strong!!  Thought of our cattle living a life of luxury in their grass paddocks back in NZ.

We crossed the State line into Nevada at Jackpot – just about every building in this small town was a casino.

Took a detour at Wendover to visit Bonneville Salt Flats where kiwi Burt Munroe did his land speed record on his Indian in 1967.  This summer the racing has been cancelled because the salt flats are ankle deep with water. 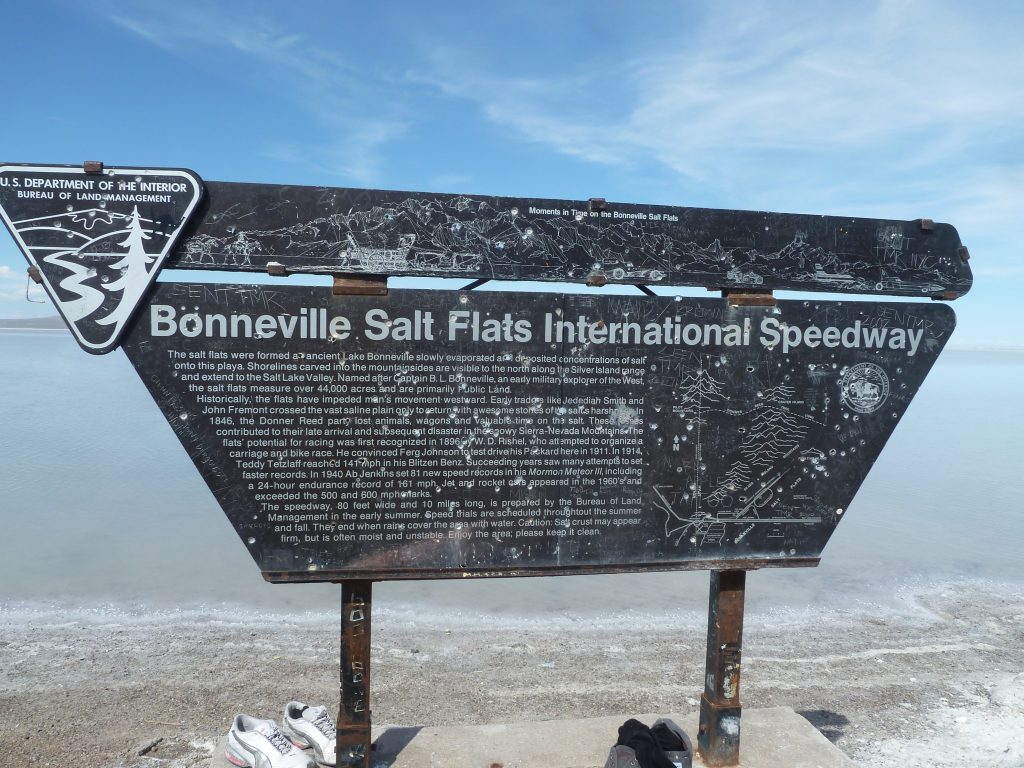 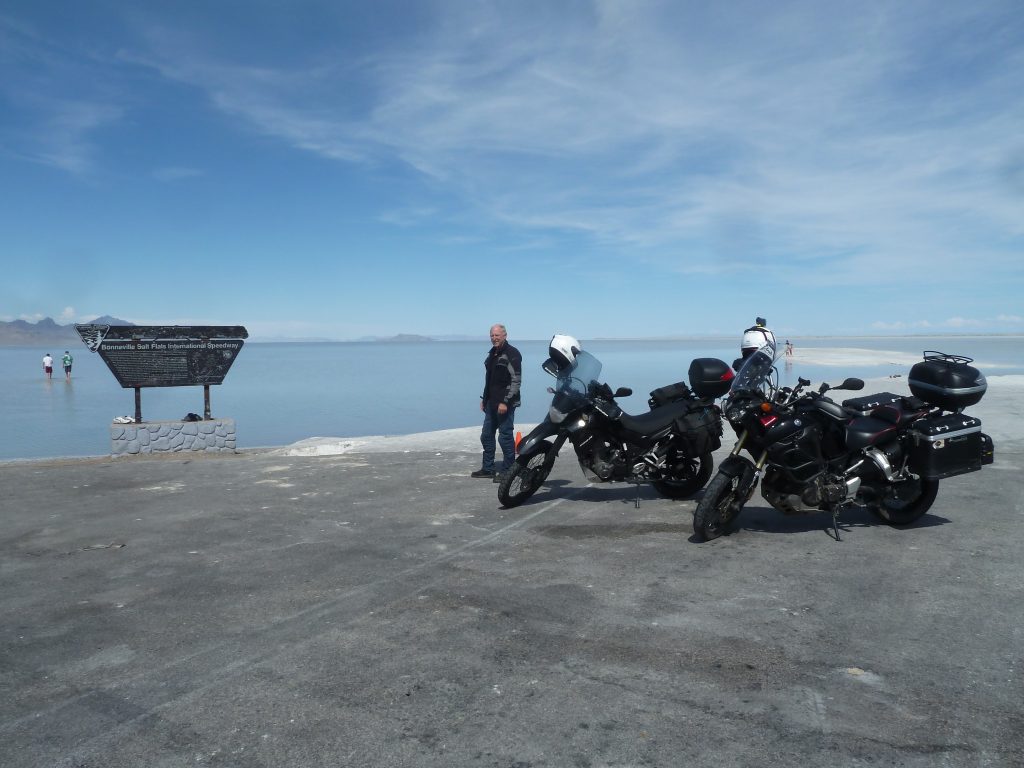 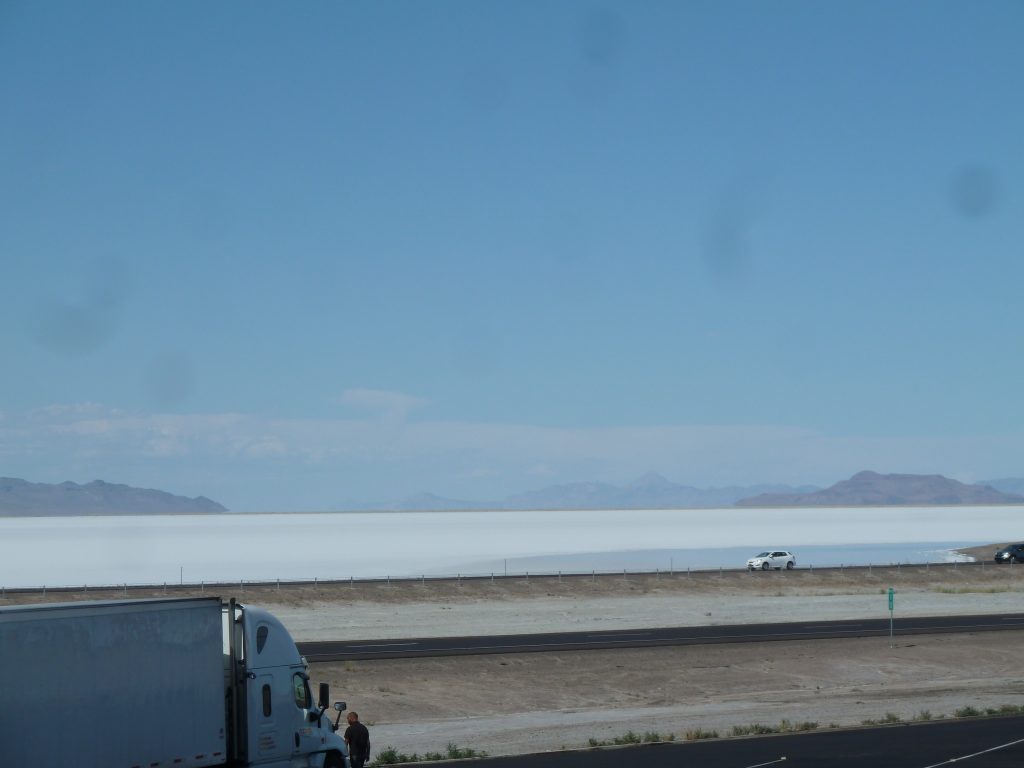 This is the Interstate crossing the Salt Flats.  In Utah the speed limit is 130km on the Interstate, even for the big trucks.  It’s not a place to stop and take photos! 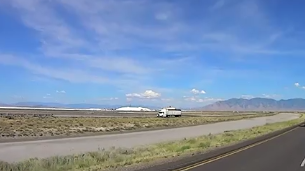 A bit hard to see but that’s big piles of salt – see a lot of them along this road, and there is also the 2nd biggest copper mine in the world in Salt Lake City, it is .7 mile deep.

Hitting the spaghetti motorway in the city had us on our toes, not used to it 🙂  Temp was 38 degrees when we stopped.

Added a few more skills to putting a movie together, but you still need to hit that mute button.

Next day was a rest day off the bikes, so we took a tour through Salt Lake City.  It is of course Mormon dominant, but there is more to this city with it being the capital of Utah.  Great architecture, very clean and friendly. 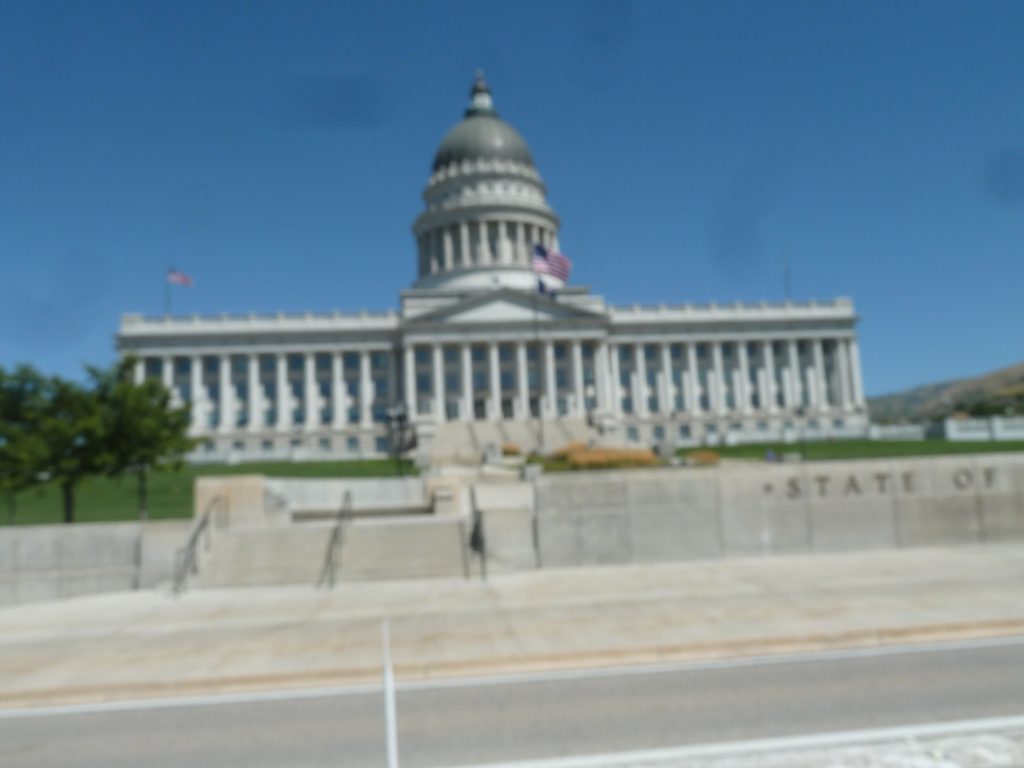 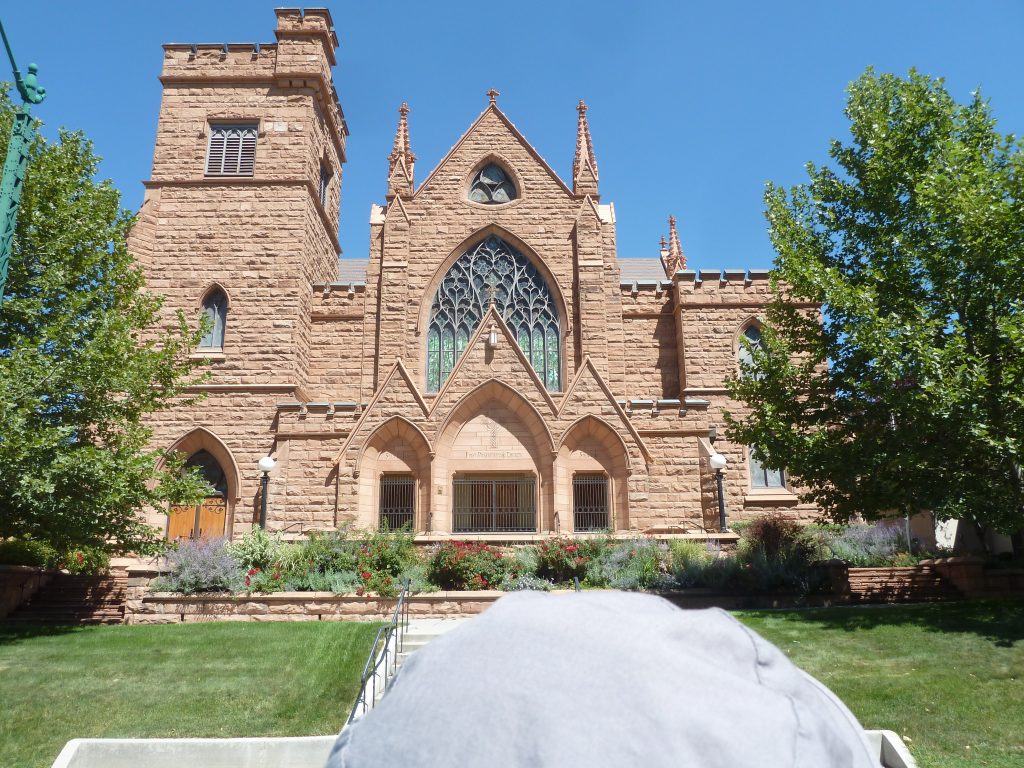 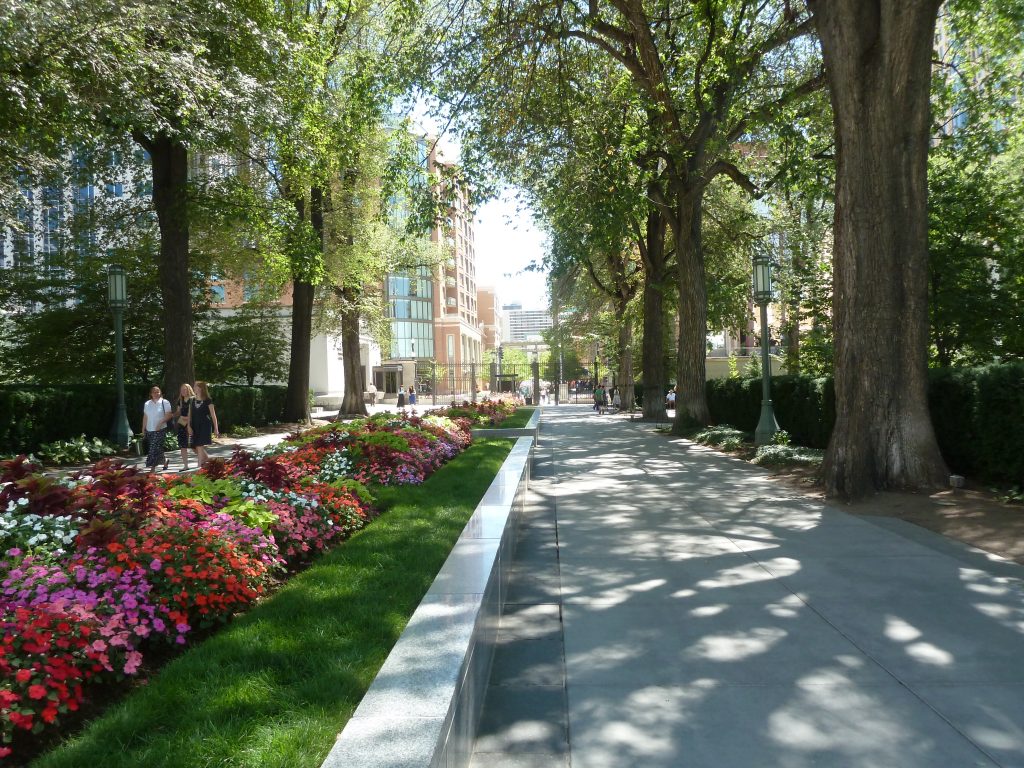 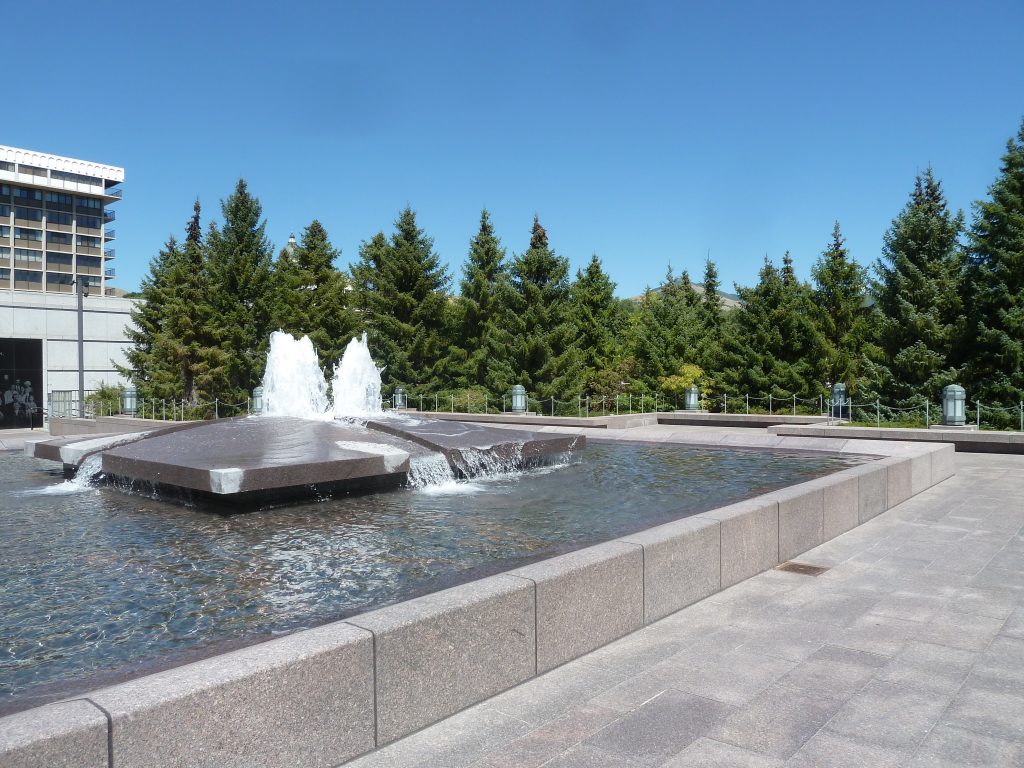 A roof garden on top of the convention centre. 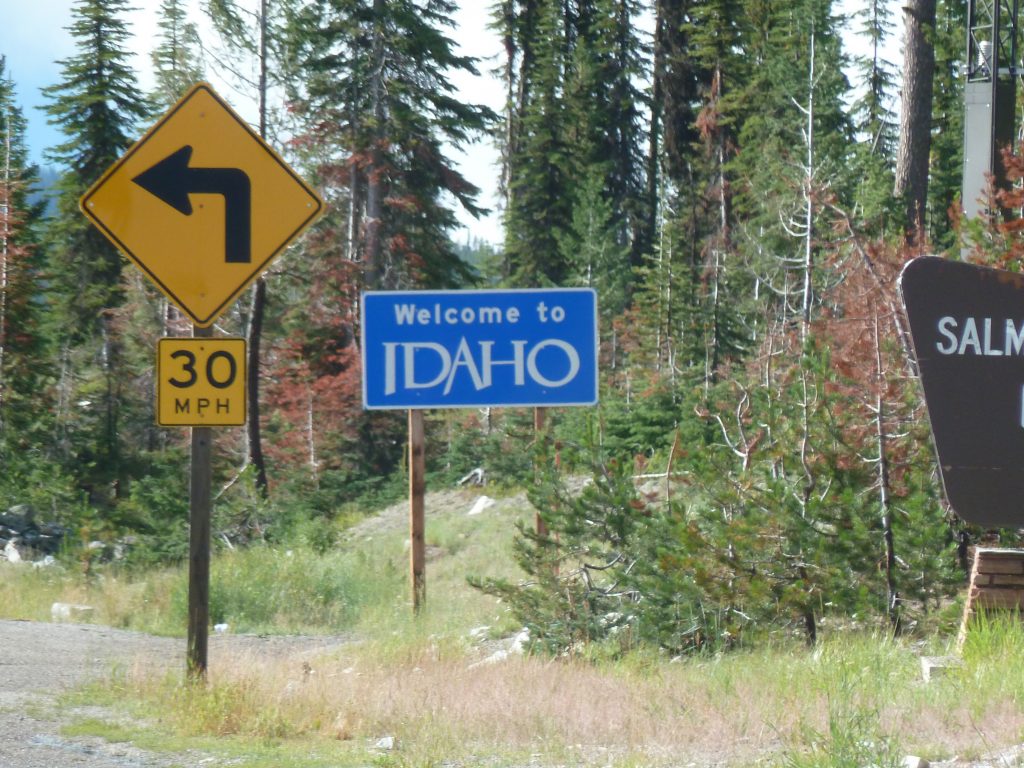 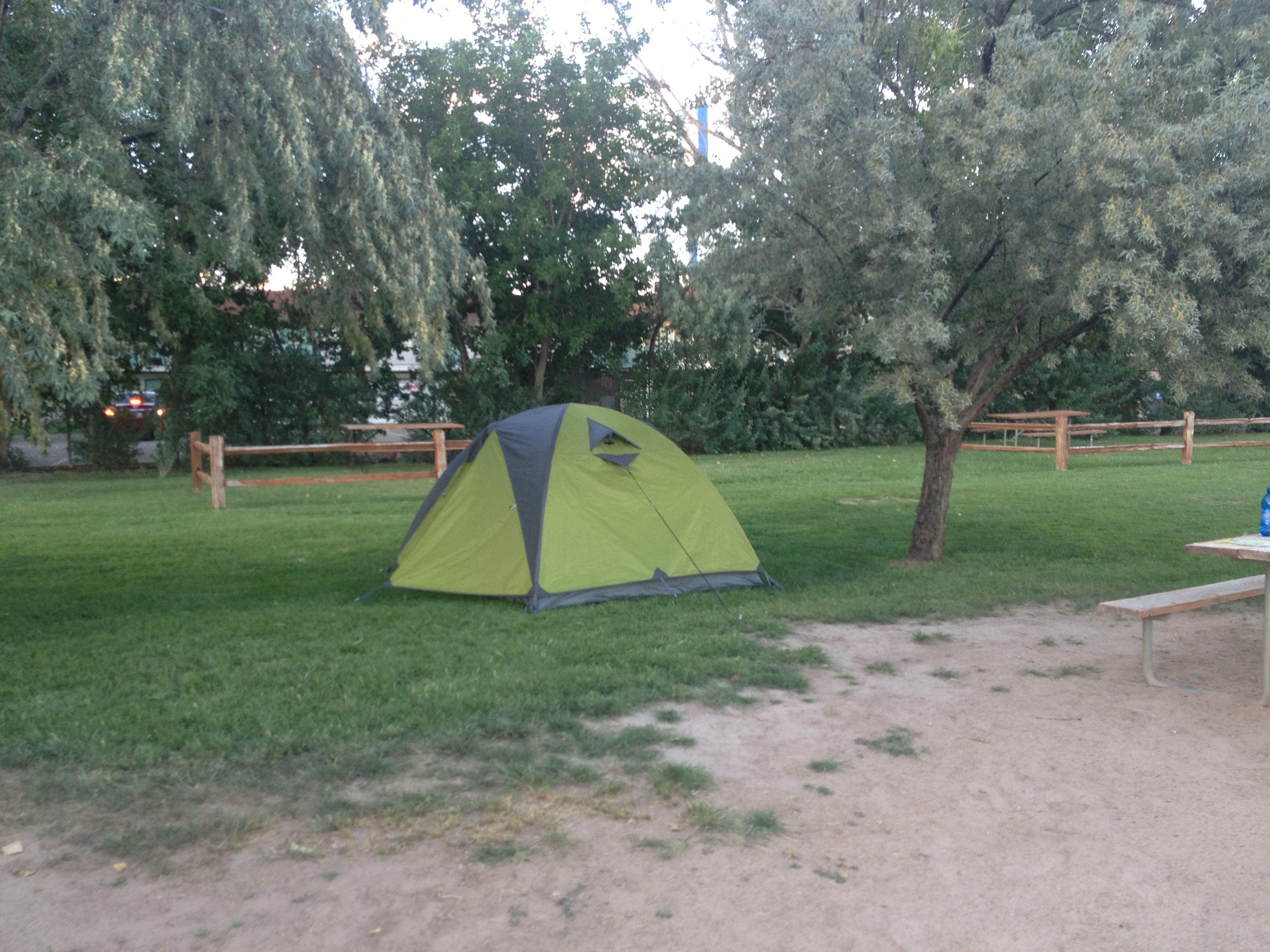