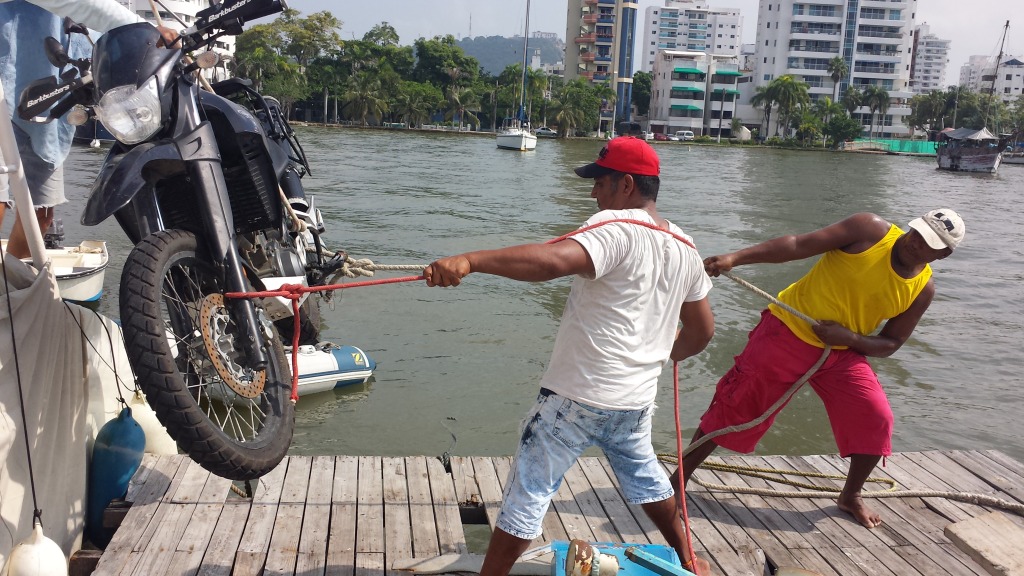 Cartagena, Columbia – Landing the bikes and the paperwork

Our first day was about getting the bikes ashore, getting temporary permits, and getting insurance – well 2 out of 3 aint bad for a full day’s effort.

First getting the bikes off.  The plan was to meet Gisbert at 6:30am, but unfortunately the guy he had arranged to get our bikes off let him down. However, the Captain is very resourceful and managed to get a pontoon and a couple of extra guys to do the job. 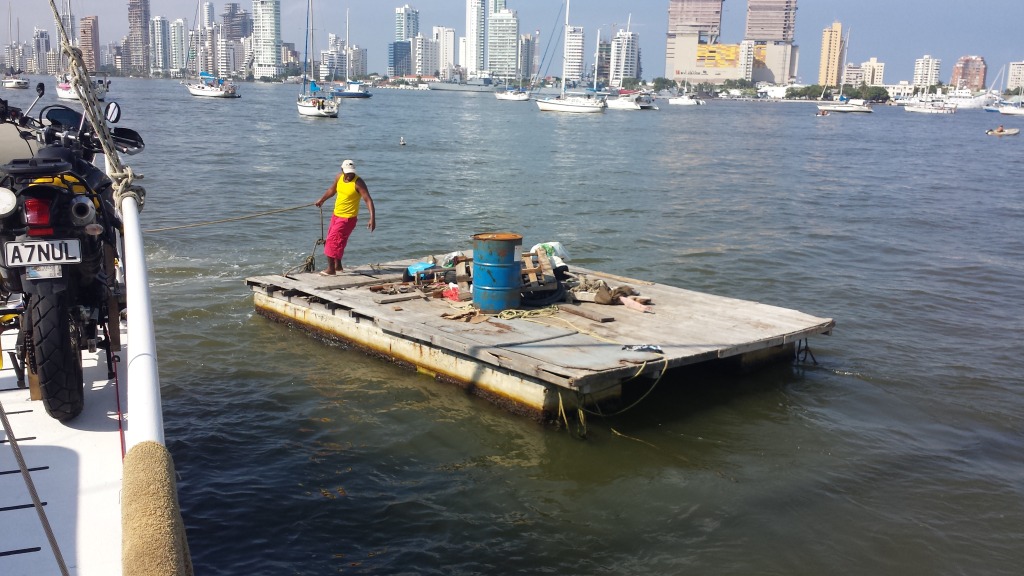 Ropes were used to lift the bikes off the deck and then swung around to the outside of the handrail and lowered on to the barge. Charlie was praying! 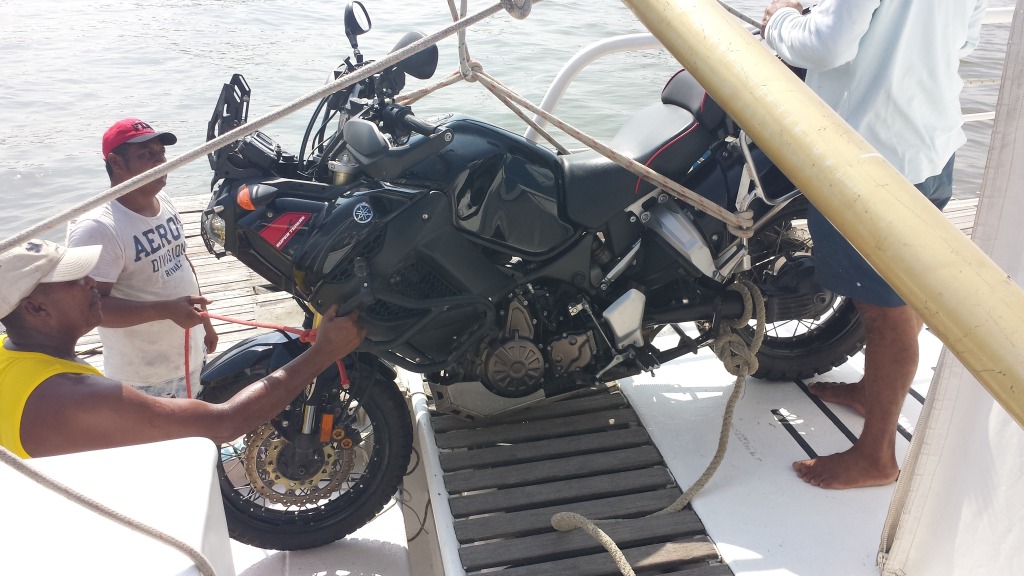 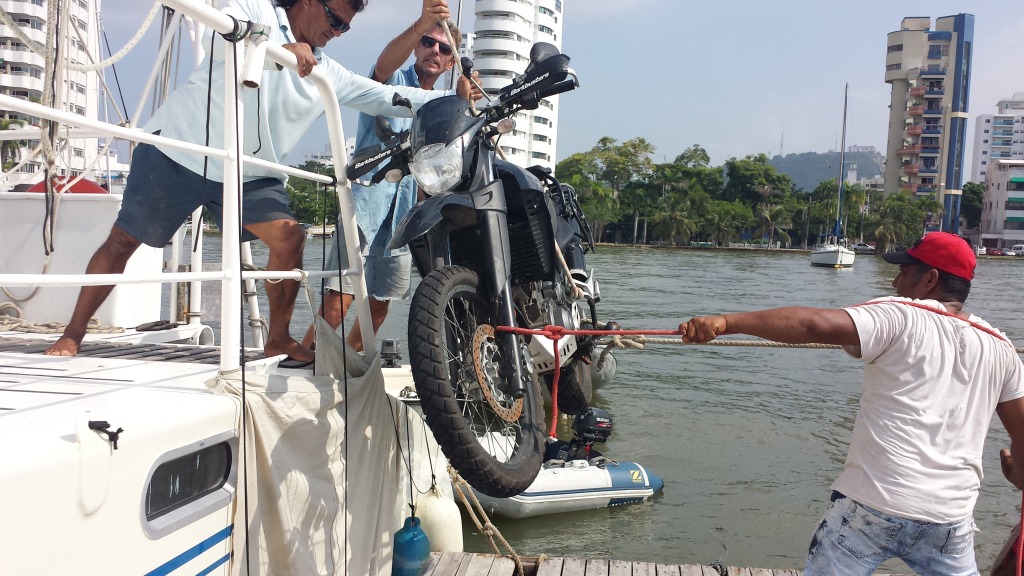 2 small inflatables took it ashore.  Then it was just a matter of rolling the bikes off onto a pier. 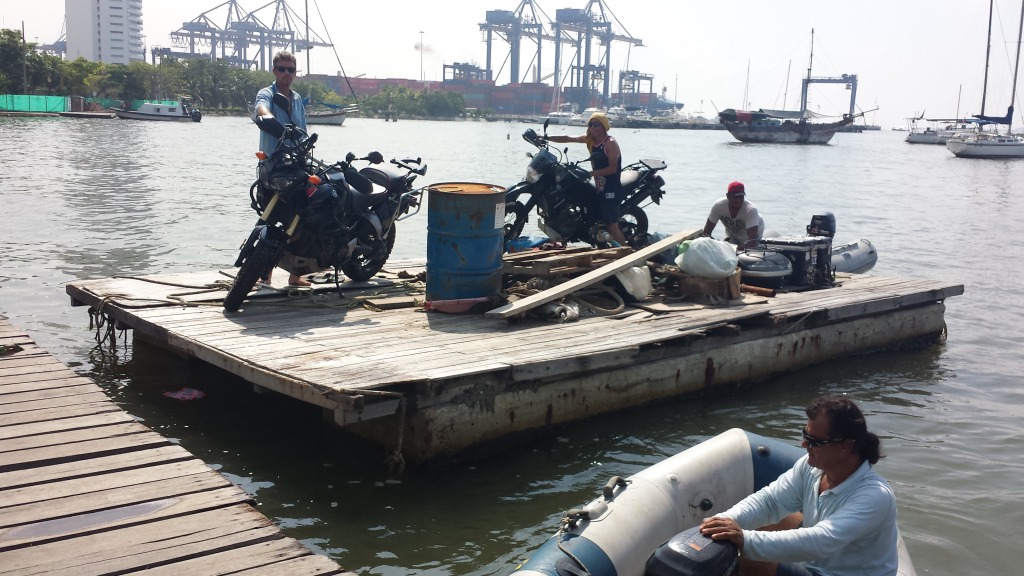 Next step,  off to Dian to start the process of getting temporary import permits, come back at 2:00 they said – so far so good. Went back with the photocopies as requested and waited for about an hour for everything to be processed after the inspection.

Then we were off to get the temporary compulsory insurance.  The first place the authorities sent us to was wrong so that meant we had to work out the proper place and then find it.   We arrived late so were told to go back the next morning at 8:00am.

Next day – this is the building, note there is no name,  which is all the info we had initially  – the name of the insurance company is Seguros del Estado S.A., and it’s in Avenue Carlos Escallon.  Only took 1/2hr to process both bikes for the insurance so we were pretty happy about that. 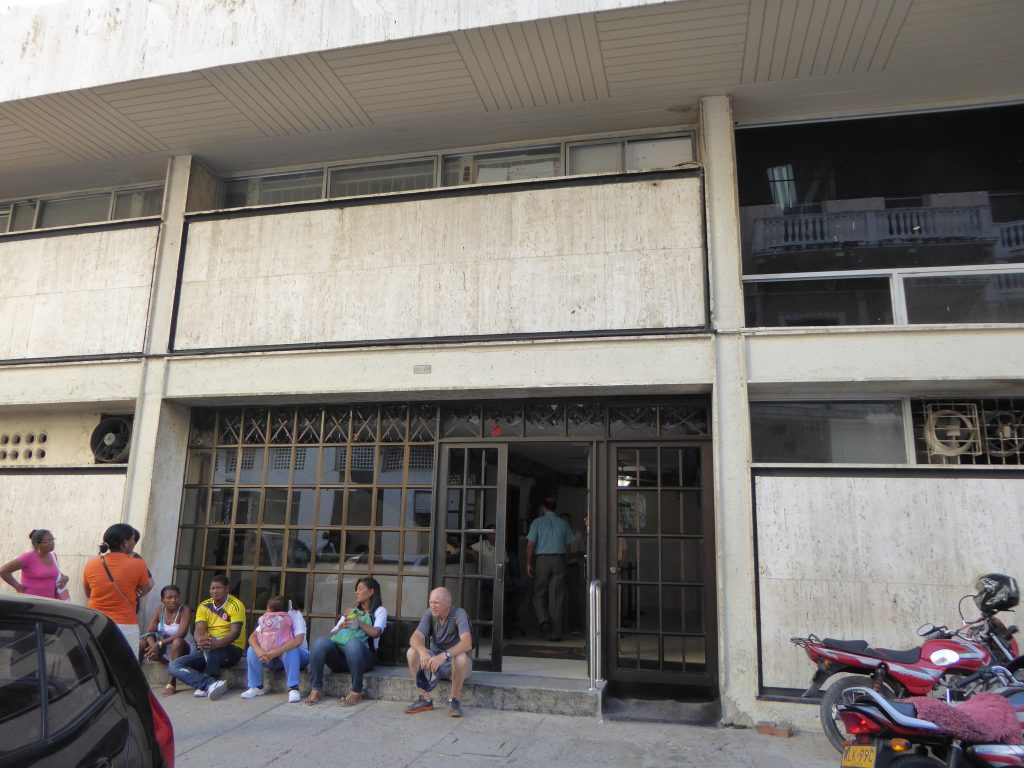 The lift operator for the 7 floors – have to walk up the stairs to the 8th where the insurance company is. 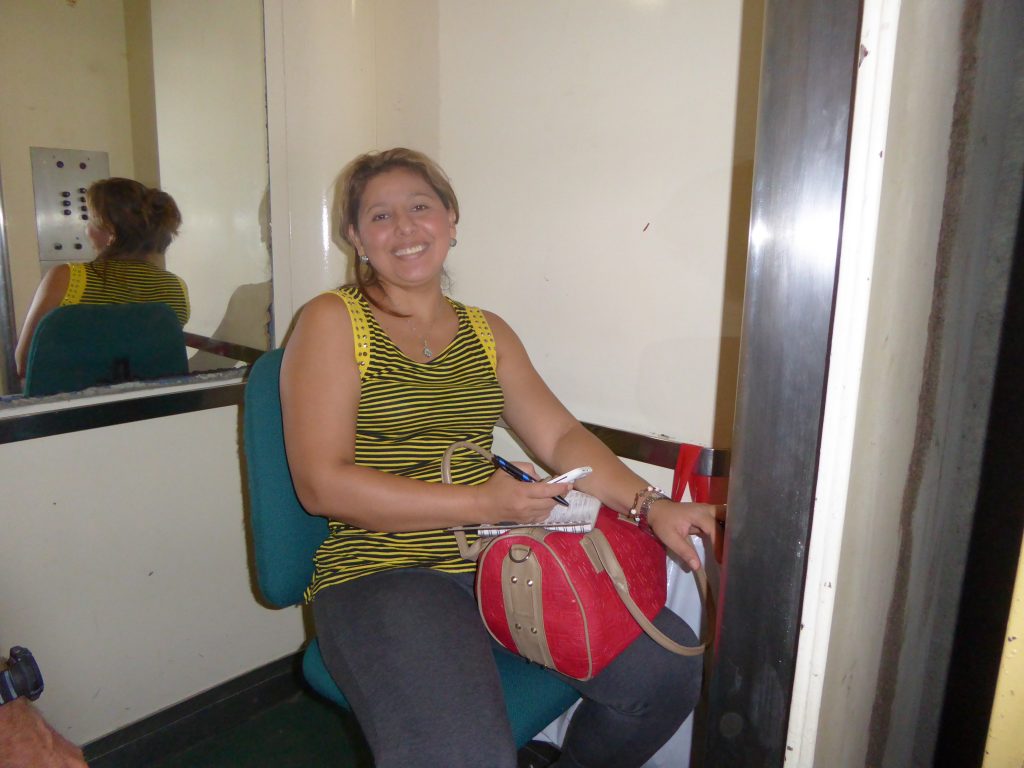 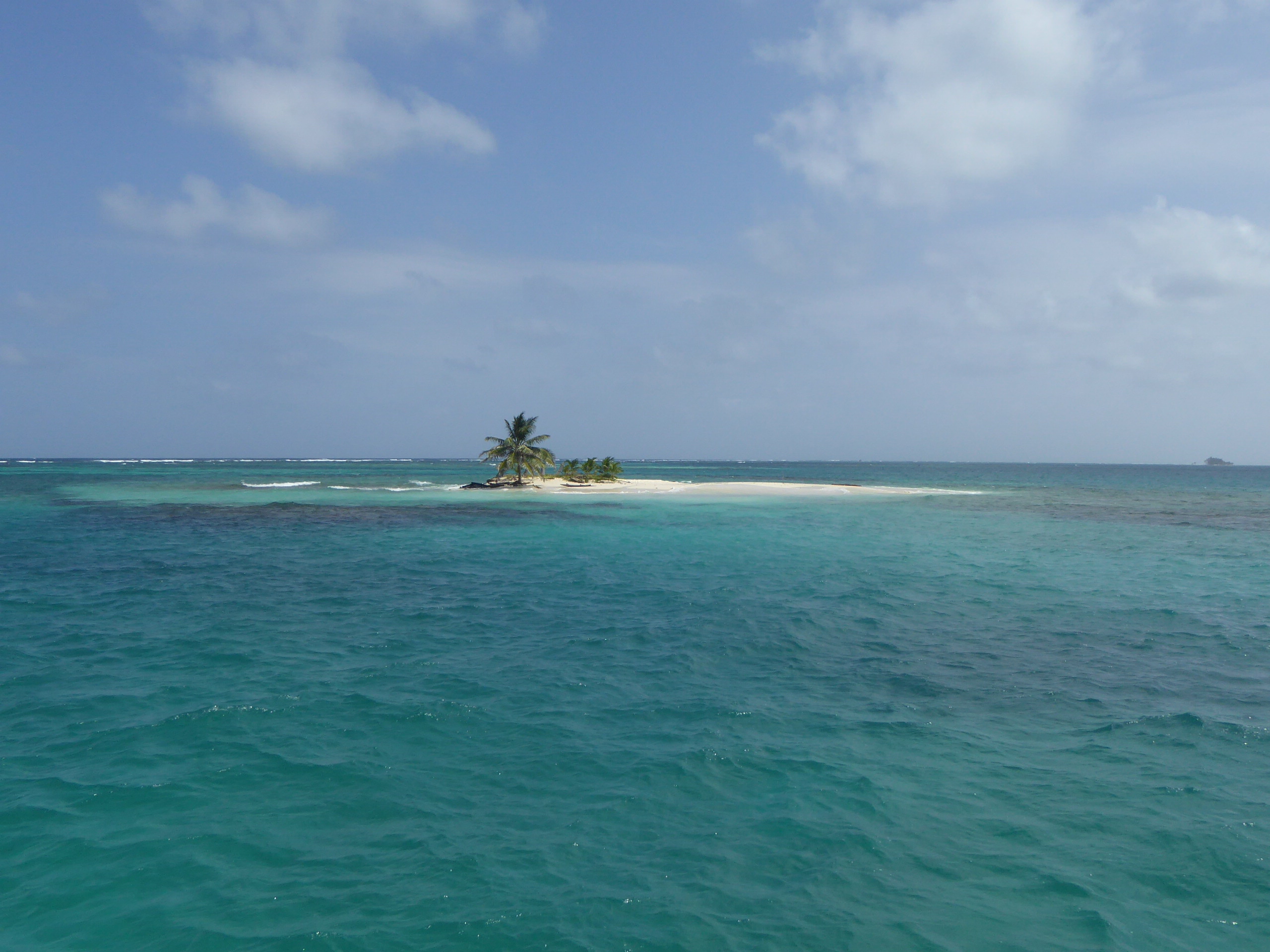 We are sailing... Panama > Cartagena, Columbia 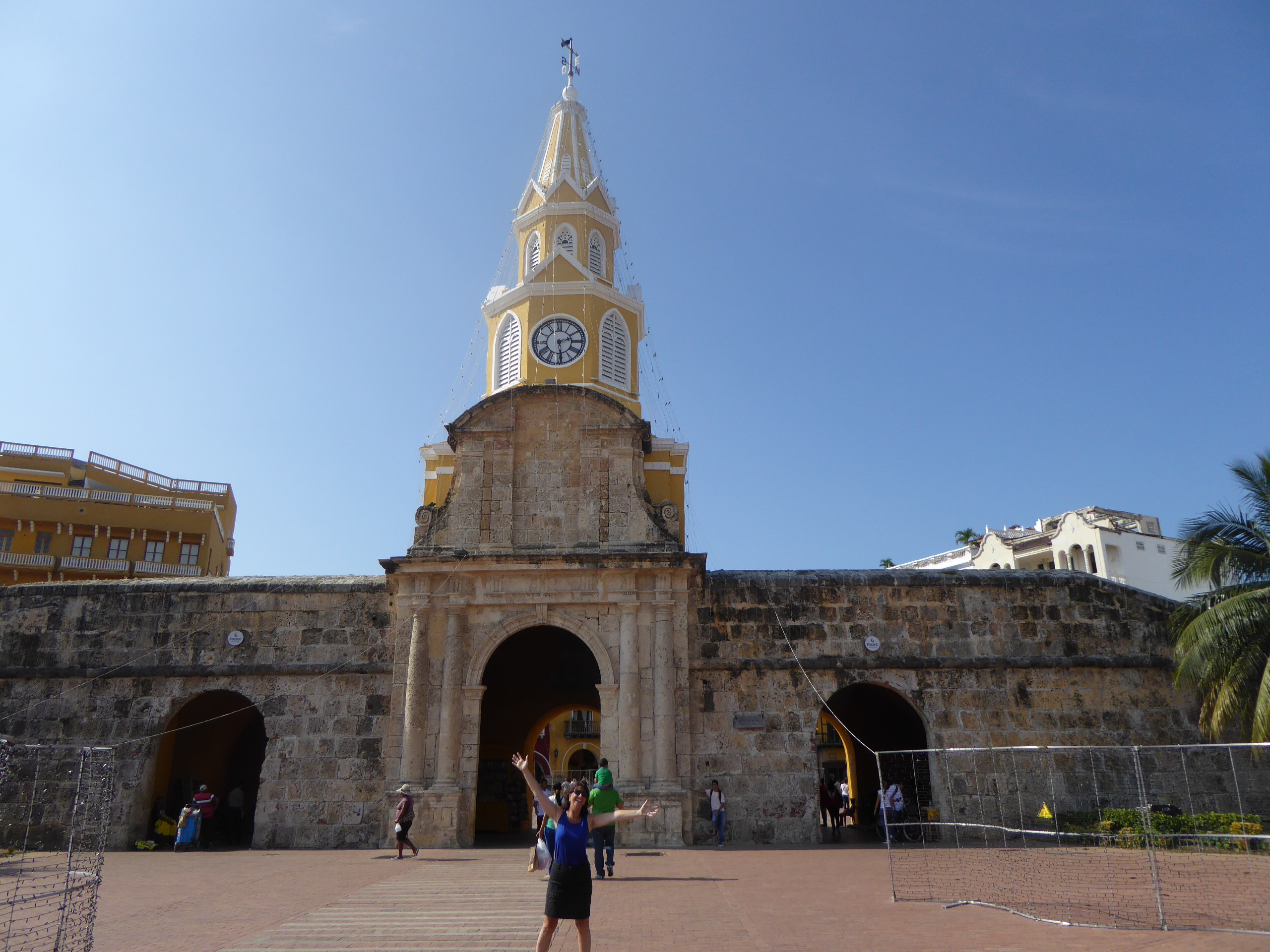