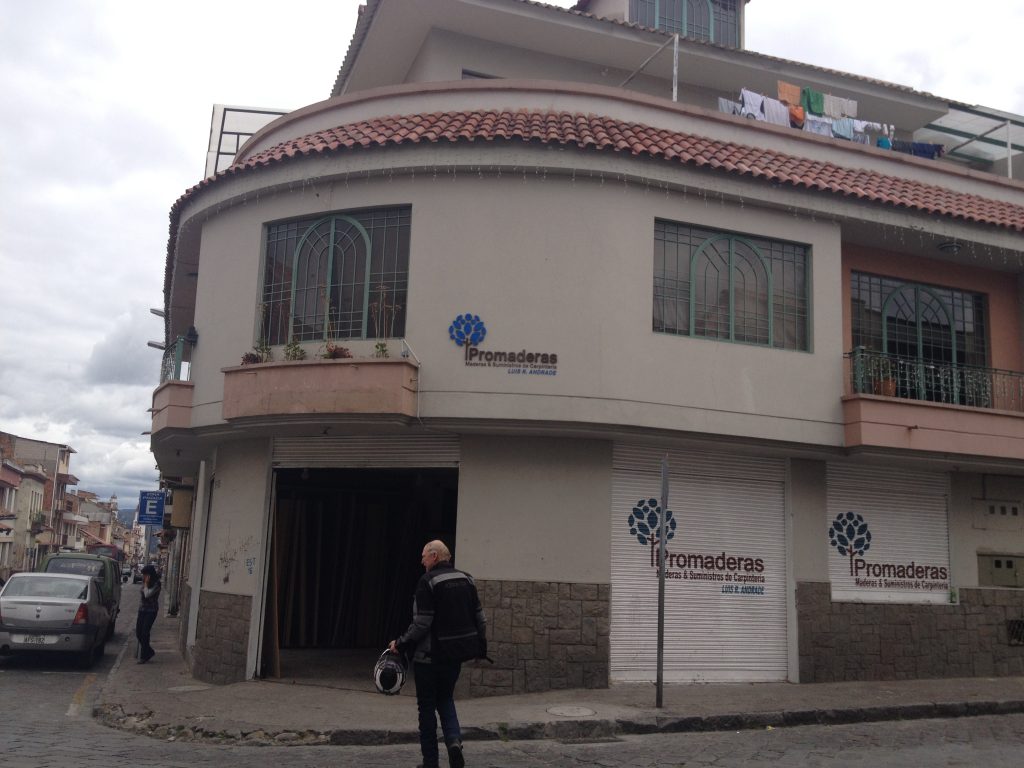 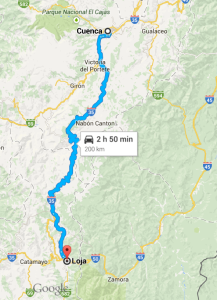 Went for a walk around Cuenca Centro – what a charming city and the atmosphere is a very relaxed one which makes a change. 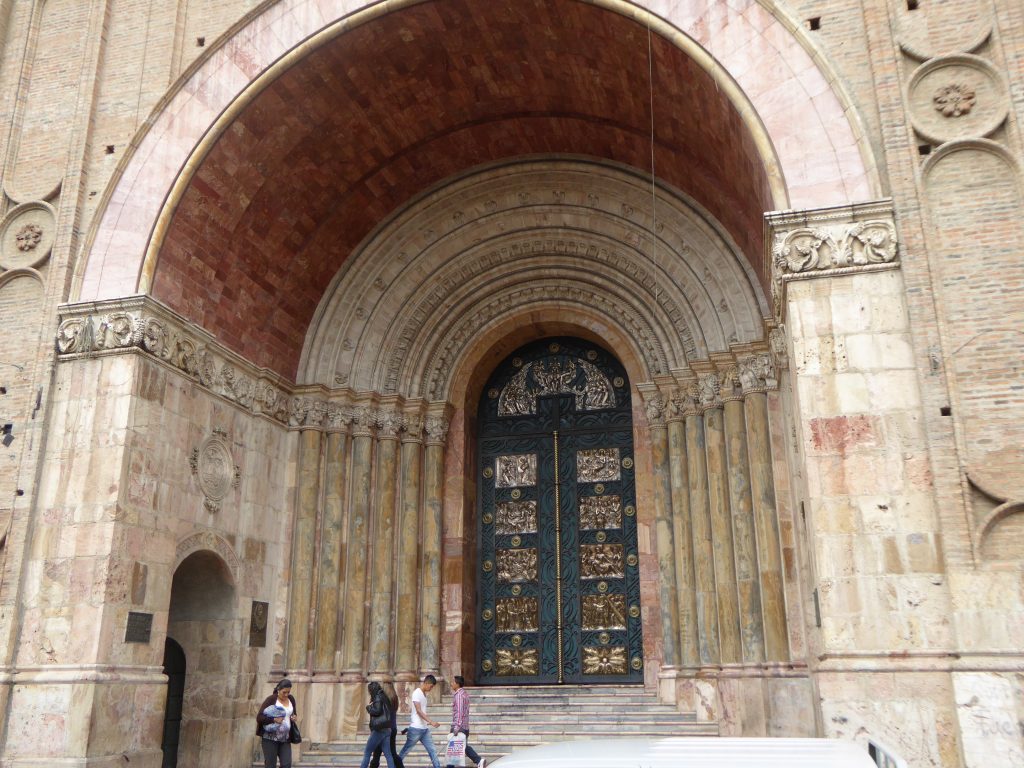 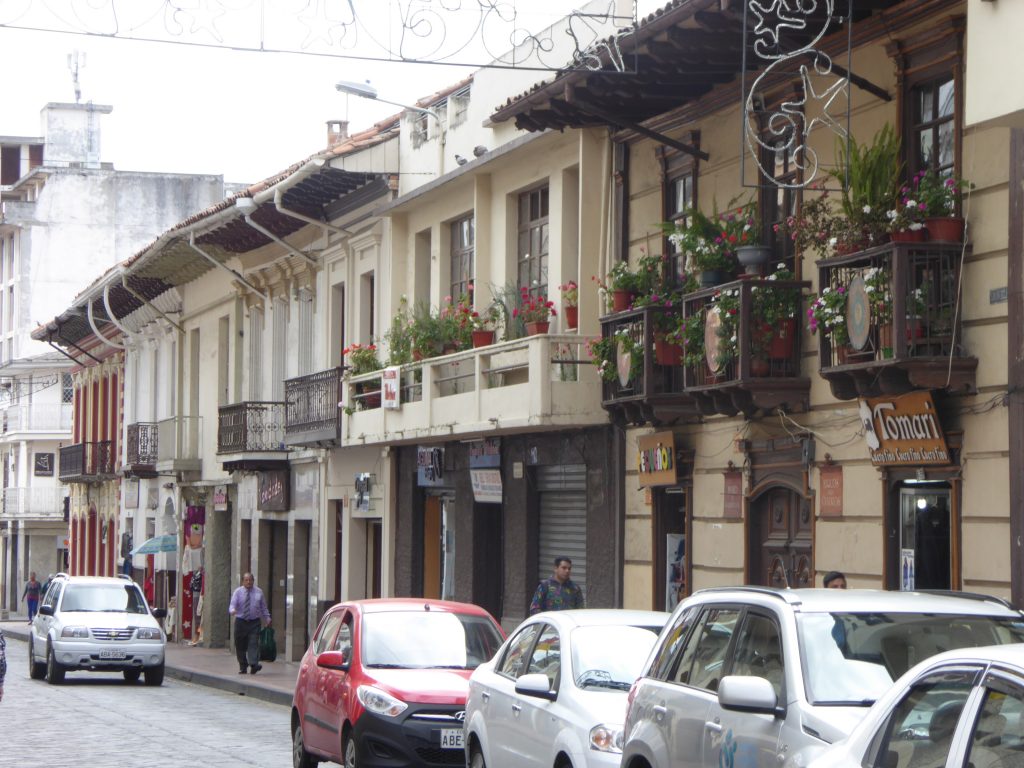 Luis and Janet’s shop and home above 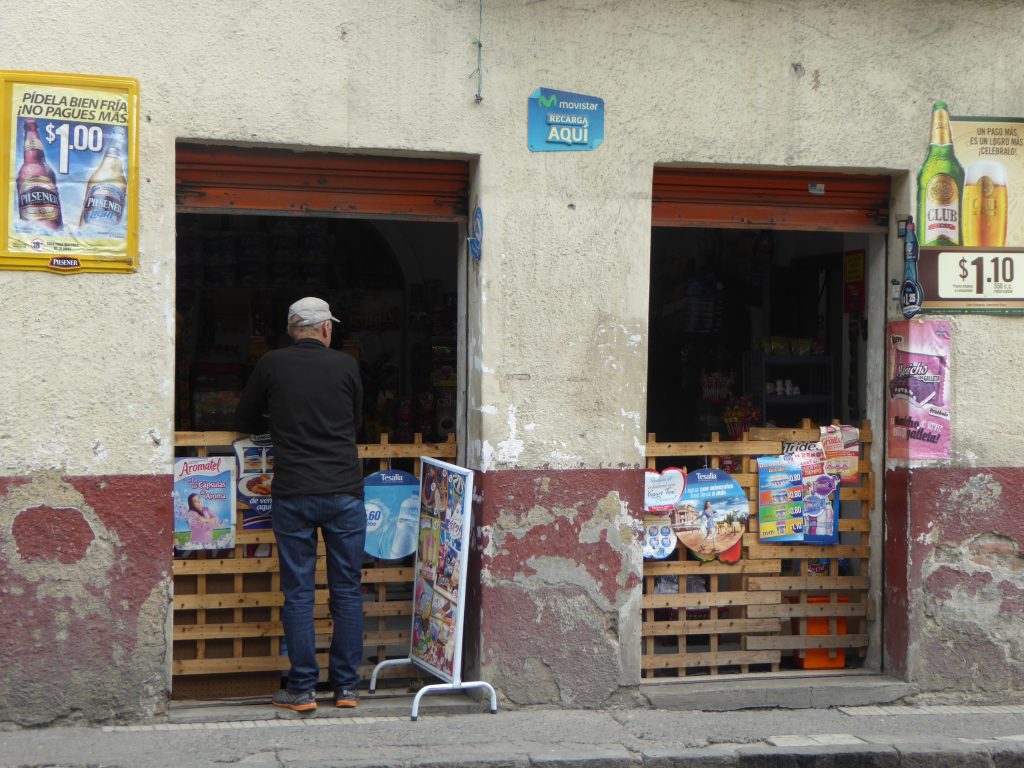 We picked up the battery for the bike, had lunch with Luis and Janet then headed out of town.

Luis had suggested we visit Saraguro on our way through as it is a very authentic town, which we did.  Problem was we ran smack bang into a small parade, I have no idea what it was about, there were 4 people dancing around with massive sheep fleeces covering them. 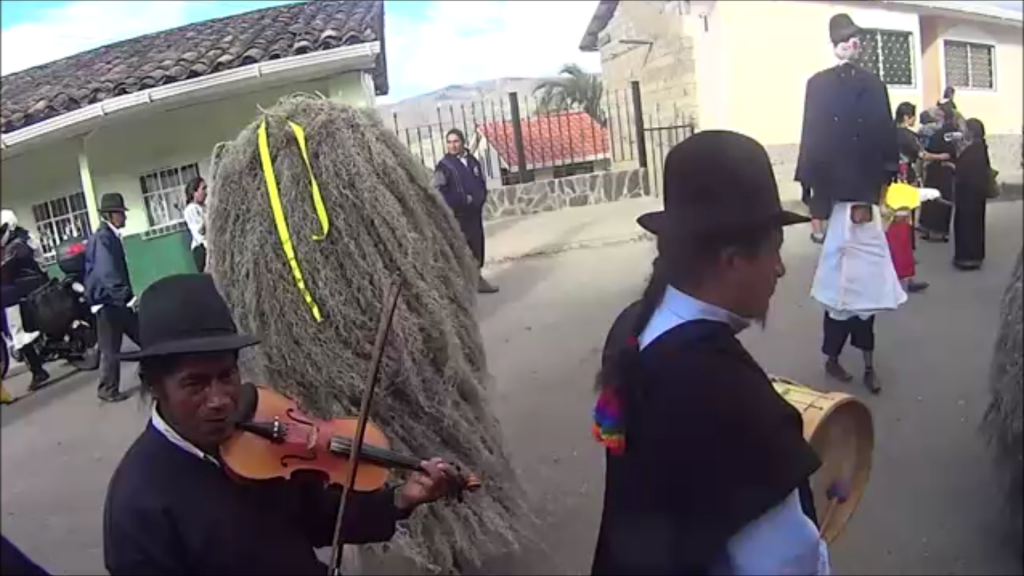 One masked guy held on to Charlie’s keys and was shouting something ??? 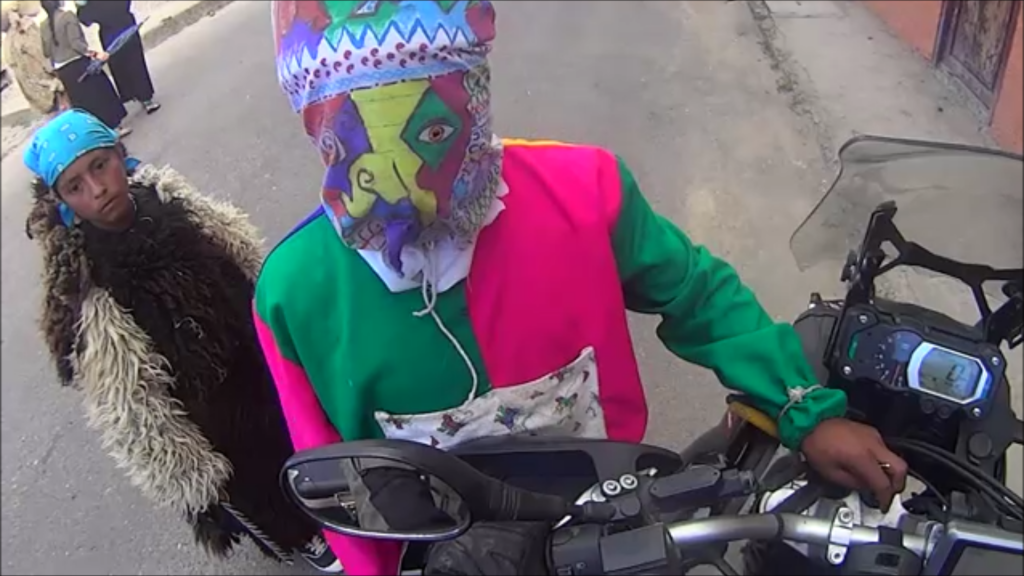 Another big masked guy jumped on the back of my bike and wanted a ride, giving me hugs etc.  No way Jose.  I’m not easily intimidated so just made a joke of the whole thing. 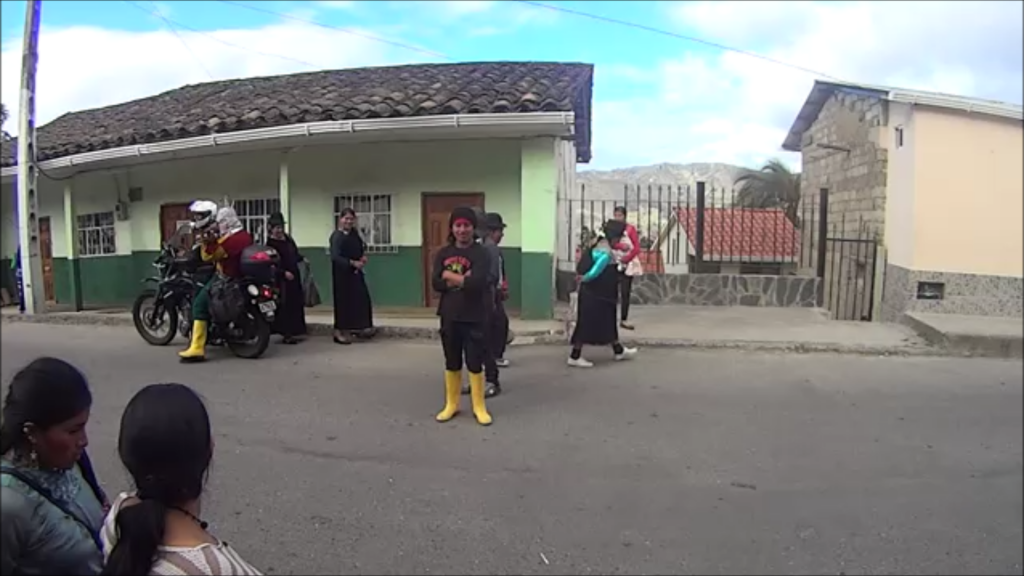 Eventually he got off , and we got out!!  🙂  Photos taken from Charlie’s head camera.

We crossed over four mountain passes today and went right down into the valleys between each one – temps ranged from 24 to 7 with wind chill as we went up and down the mountains.  Another great ride of twisting good roads and panoramic views. 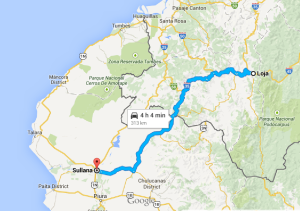 This part of the Ecuador Andes is so different in that it is so dry and mostly scrubby land, very little farming. 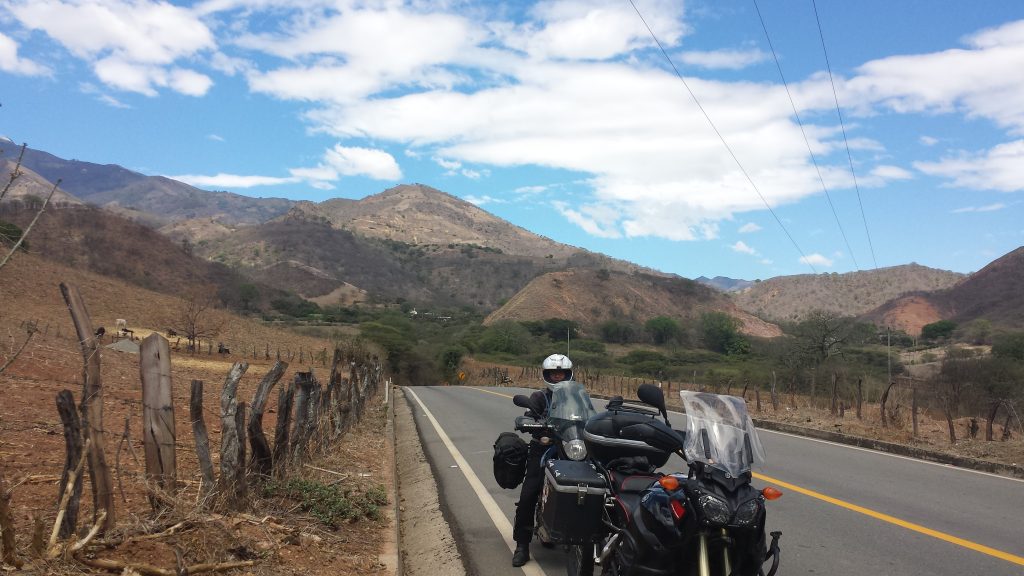 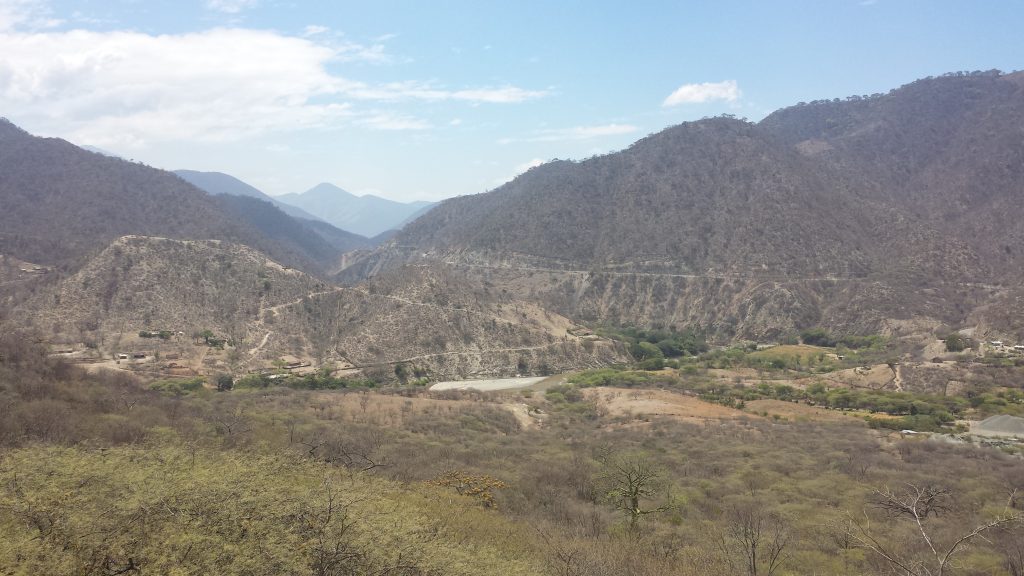 Today we rode up and down the mountains again from cloud level down to sugar plantations and rice paddies.  What great riding it has been since Riobamba, with good roads, sweeping corners, great views and little traffic.

Our lunch spot – can always get good soup. 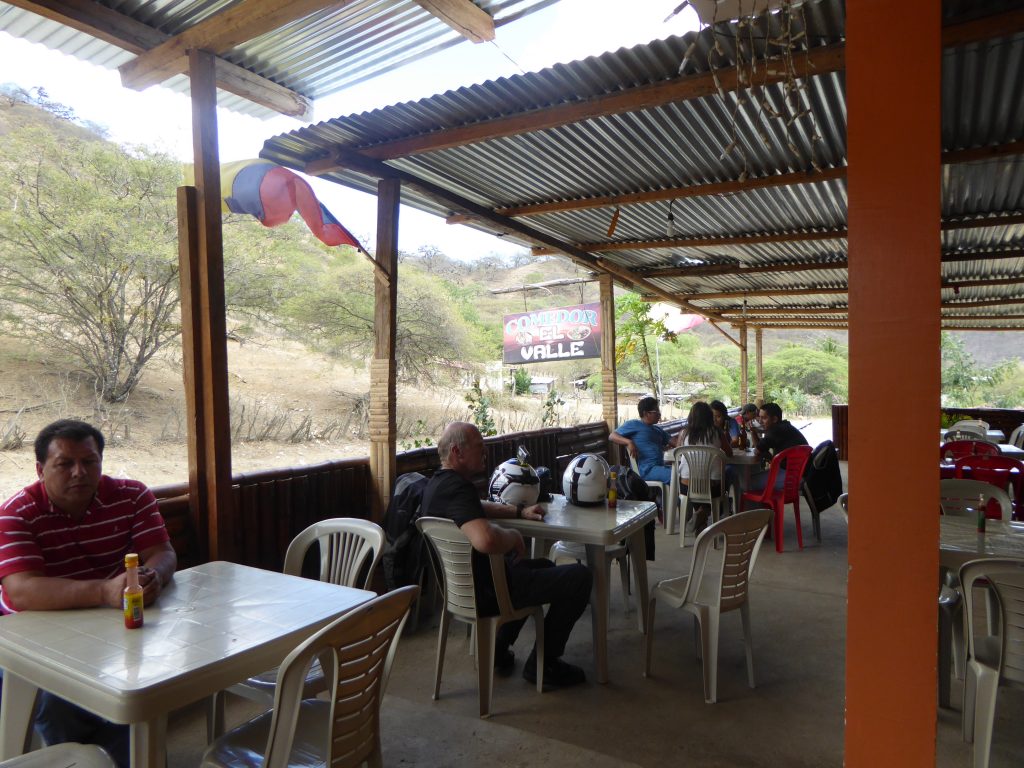 The road distances are a guestimation – to one place the distance was 117km, then 121km then 104km all within .5km.

We were stopped both sides of the border to produce documents, there is a strong Army and Police presence both sides.

I heard a new sound coming from my bike, a quick roadside check 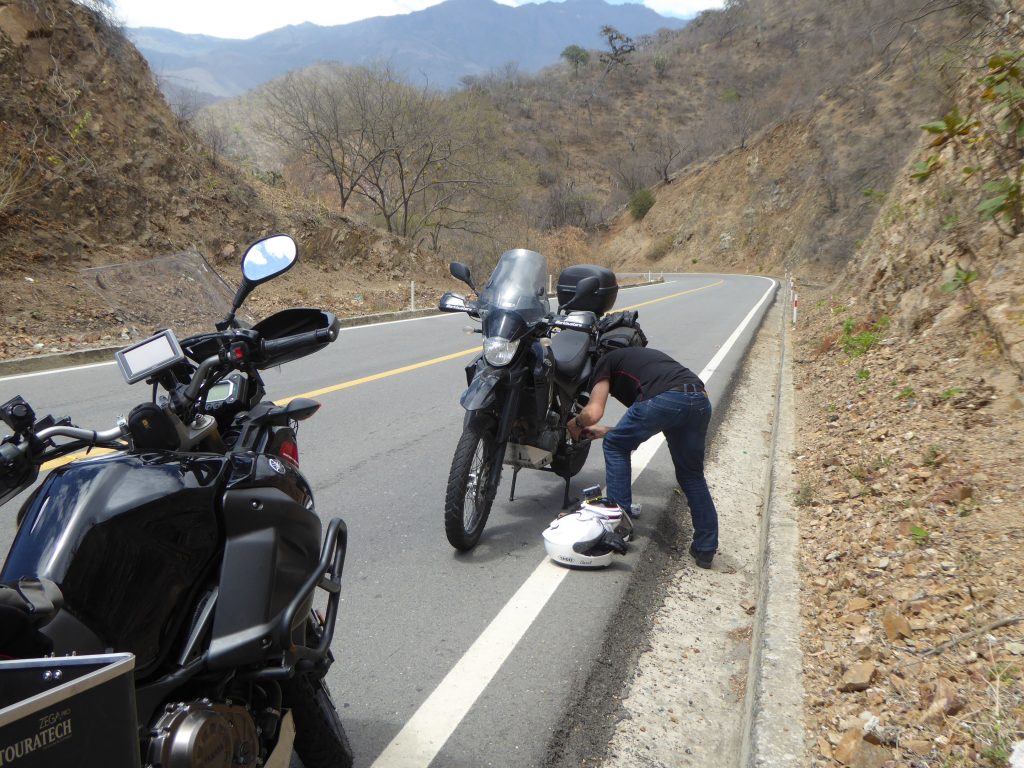 Goodbye Ecuador, it has been a pleasure – there is so much to Ecuador than we have been able to see, we have met people who are spending one or two months in this country alone. 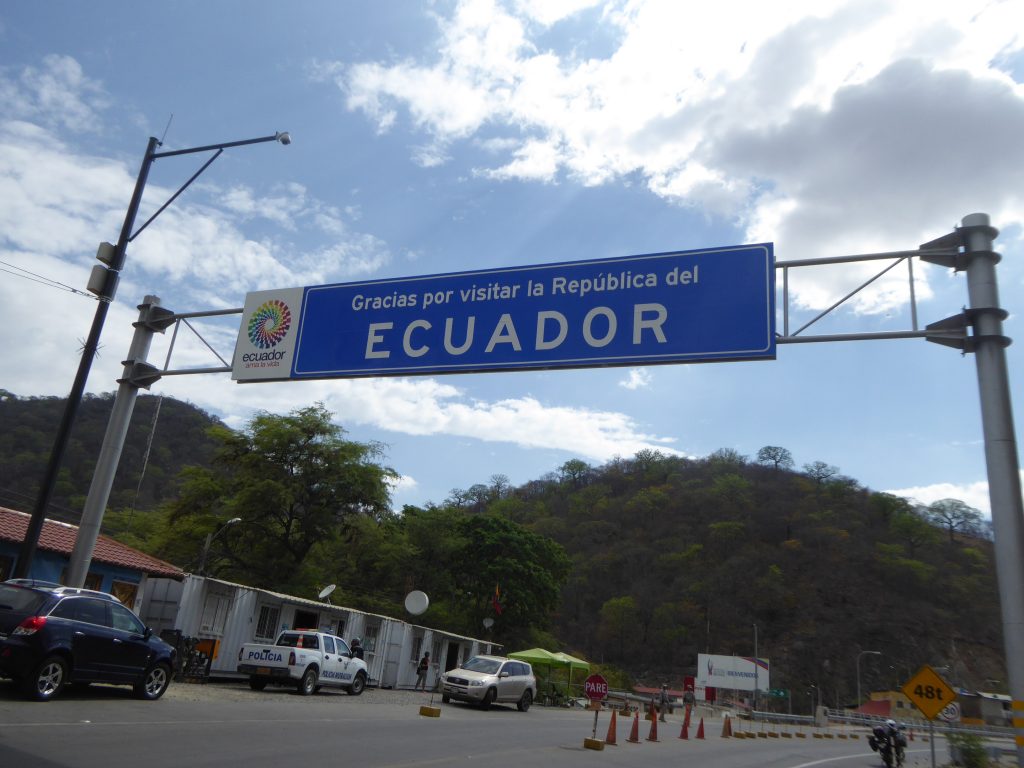 It took the usual 2 hours to get through the border, I don’t think they see many foreign vehicles here. There are no money changers and nowhere to get money in the small villages we went through. 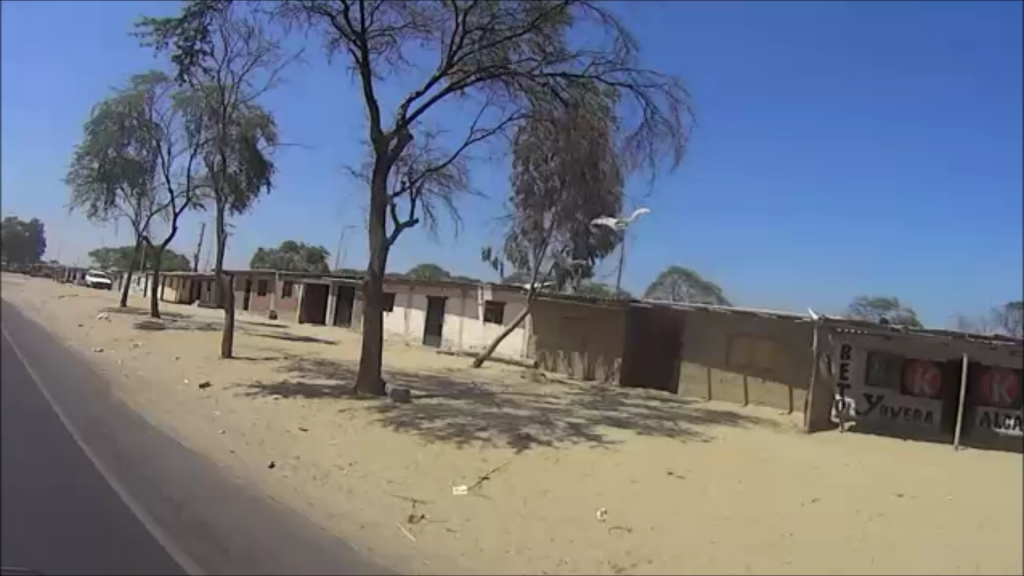 We arrived in Sullana at dusk trying unsuccessfully to find an ATM.   In the end we had to convince the guy at the hostal that we would pay in the morning, as he didn’t want our US$.  No dinner for us tonight, no money, no food.

The hostal looked lovely on the outside, but the room was a bit rough, no toilet seat etc. but we are happy to have somewhere to sleep on the strength of our word. 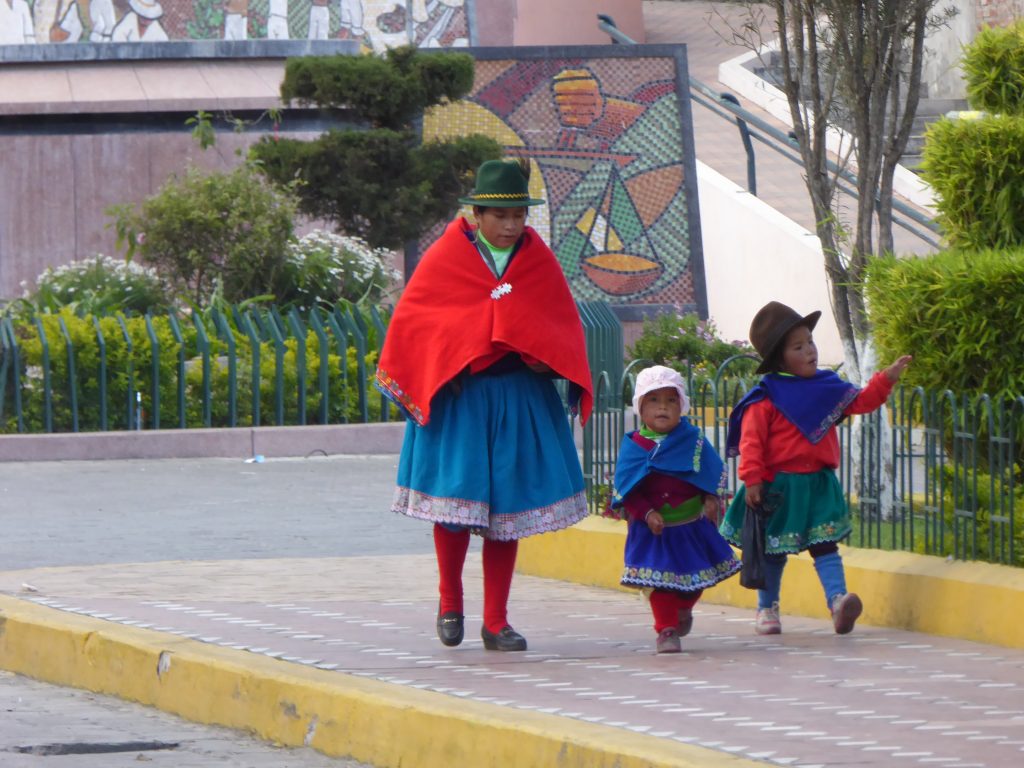 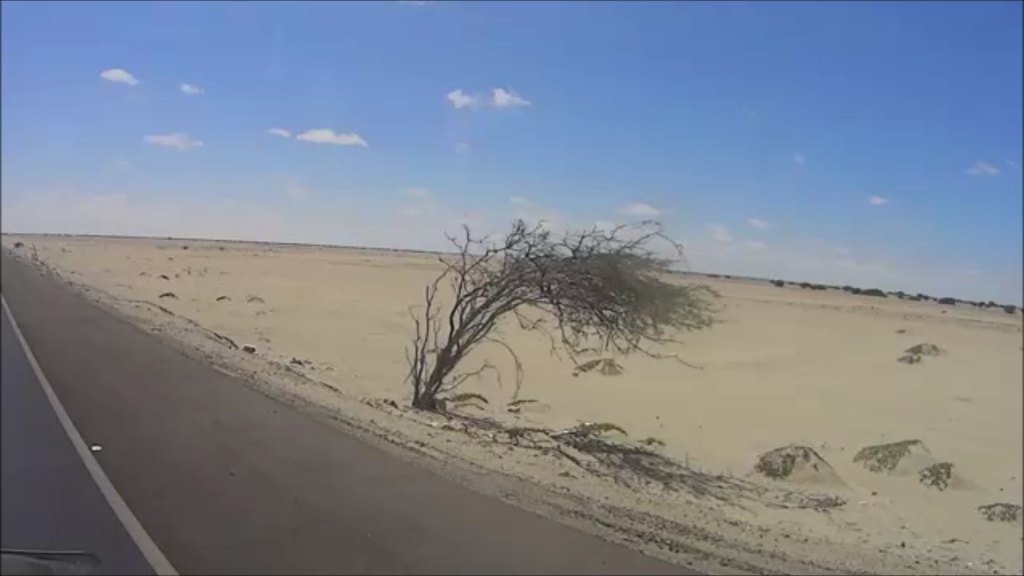