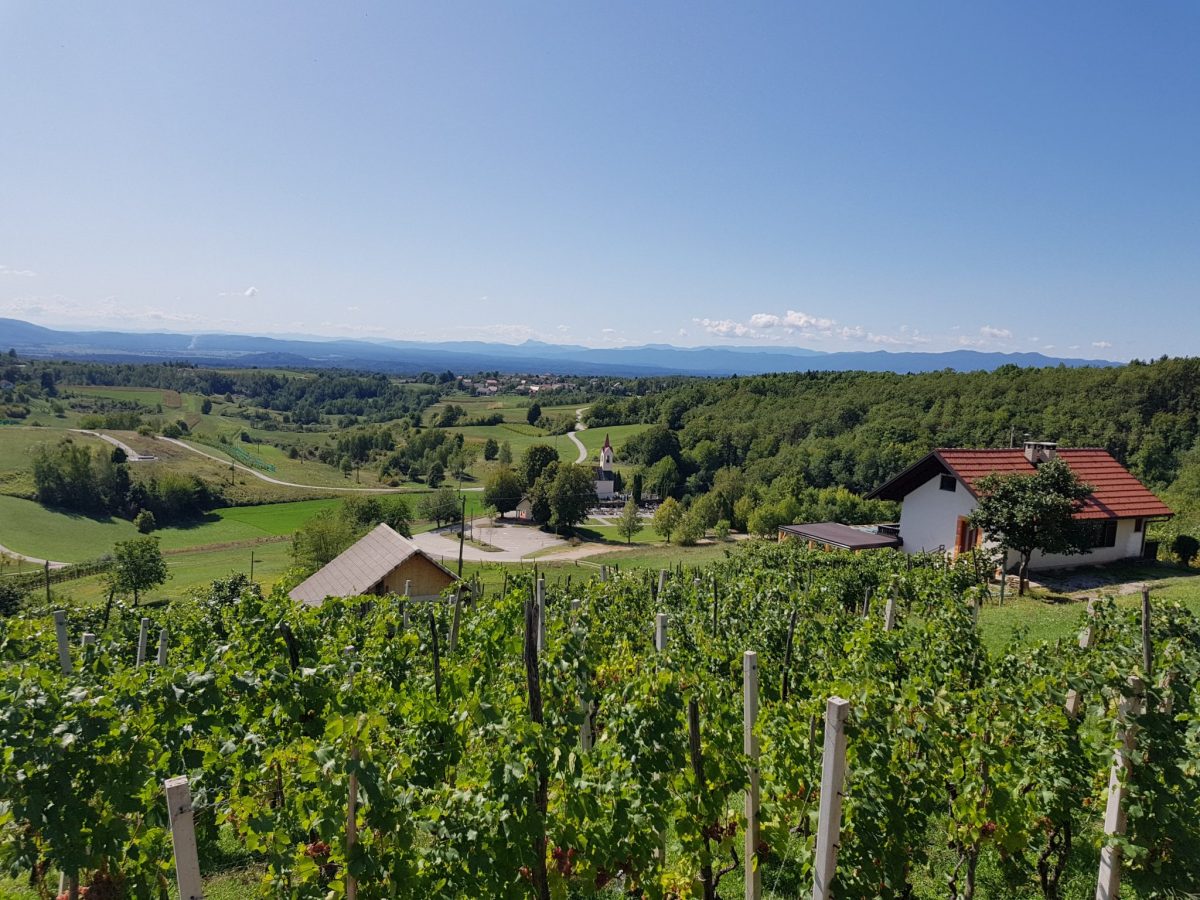 Crossed two more borders today making it our 19th country.  Meant to say in my last post that we crossed the border into Bosnia, then 9km later we crossed back out again into Croatia, its just the way the land lies so that Bosnia has access to the coast.

We rode a mix of highway and secondary roads today.

There are so many tunnels here, the longest one was about 8km long.  In one tunnel we entered in sunshine, and on exit we were in fog.  They also have a number of overpasses for wild animals.

Called in to the lovely Lake Bled 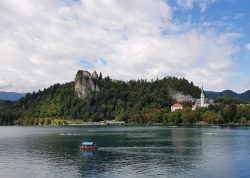 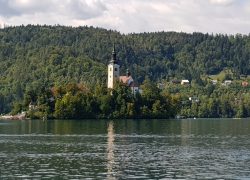 …there’s a Harley rally on in Austria, we have seen so many Harleys on the road … 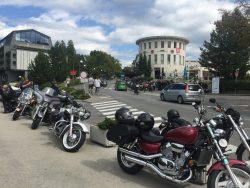 …as you can see, we blended right in 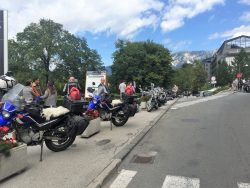 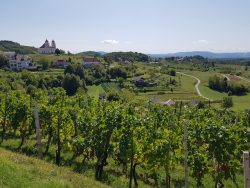 Stayed in a picturesque Austrian village 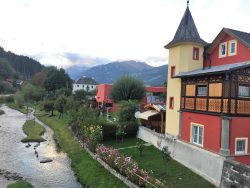 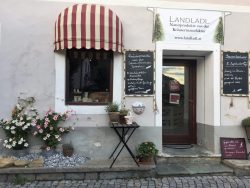 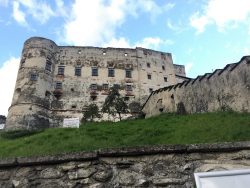 With, of course – a castle.  There are so many of them through here.

Started off with a brisk 17 deg in fact we ended up putting on our down jackets – its been a while since we experienced cold! 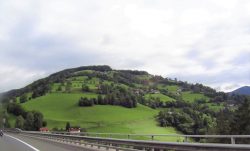 The scenery is amazing, steep hills, bright green grass, dotted with houses, couldn’t see the roads connecting them they just seemed to sit there.  They were much higher than the photo above, but didn’t seem to get a good photo of them.

But then we got low cloud over the high mountains, some with a little fresh snow – it was such a shame as I think the scenery would have been absolutely stunning.  The light was a bit too dark to get good photos.

We missed a lot of skies looking like this, but eventually got caught in some rain.   Because of the weather we changed our plan and decided to stay on the highway, and a good call too – we later met some bikers who had tried to ride the smaller country roads but they were so congested they ended up going on the highway too.

There are so many great options for riding in Europe, the riders here are just spoilt for choice.

Stayed in a lovely German town, full of character. 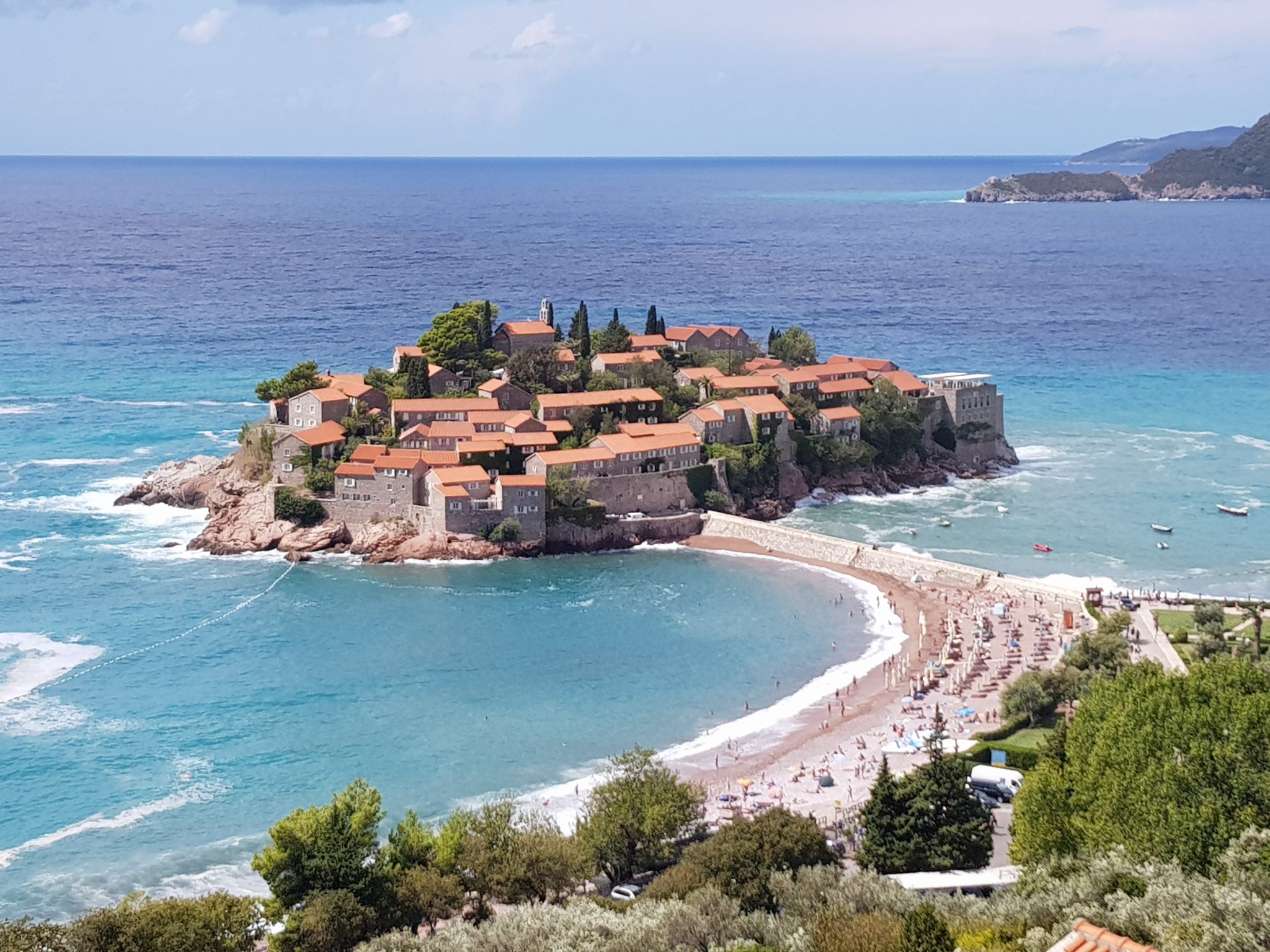 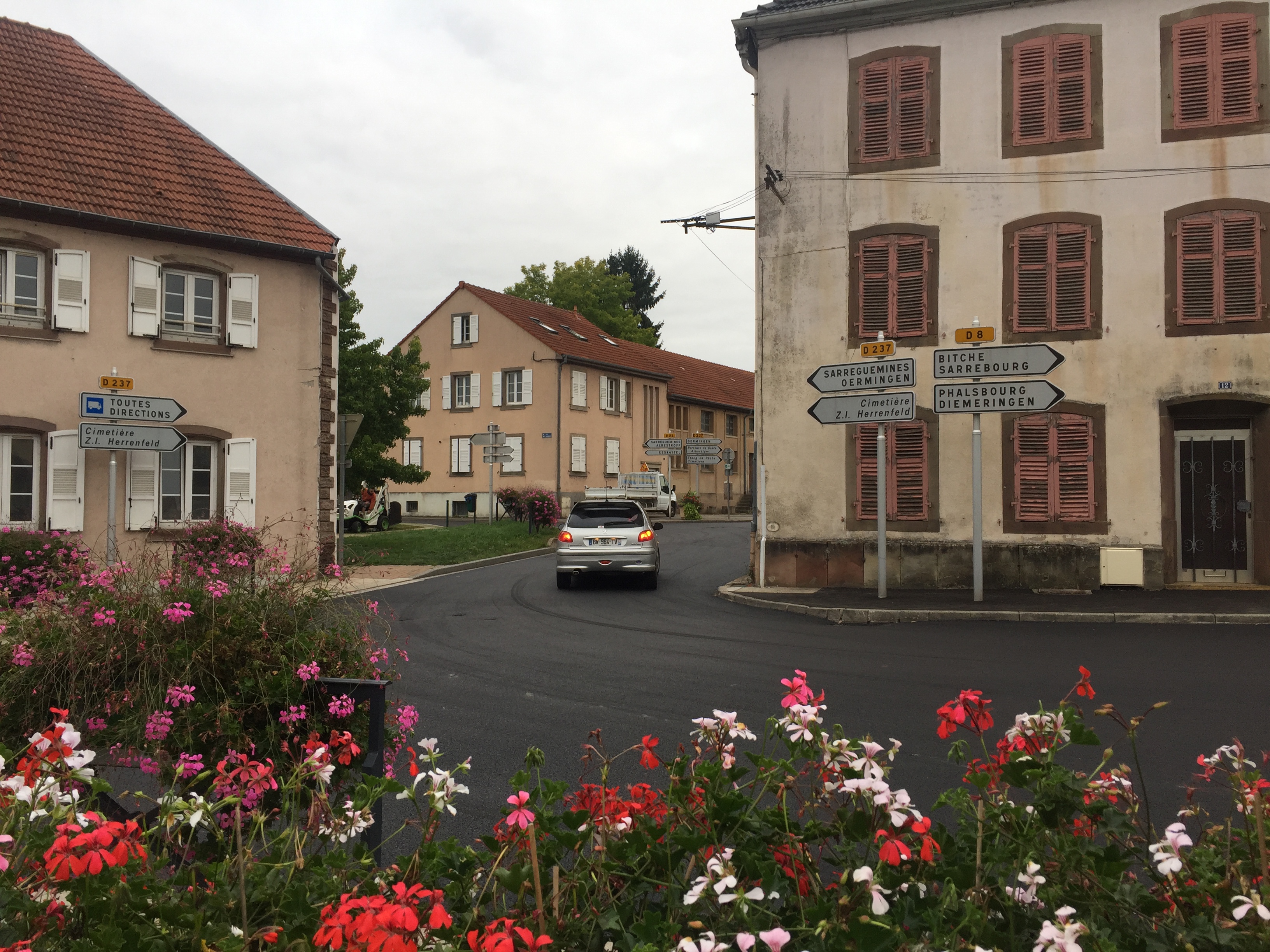