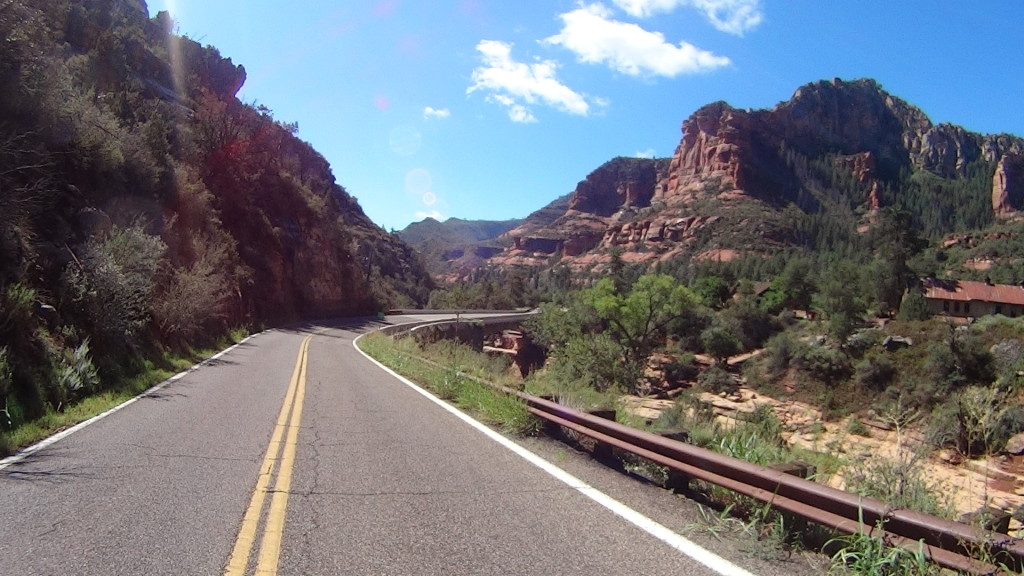 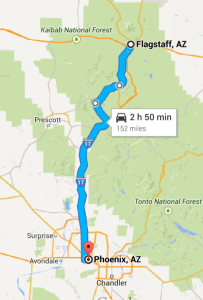 Rode through the beautiful Sidona Valley.  Charlie accidentally found interval photos rather than video on his helmet camera, so some pics. 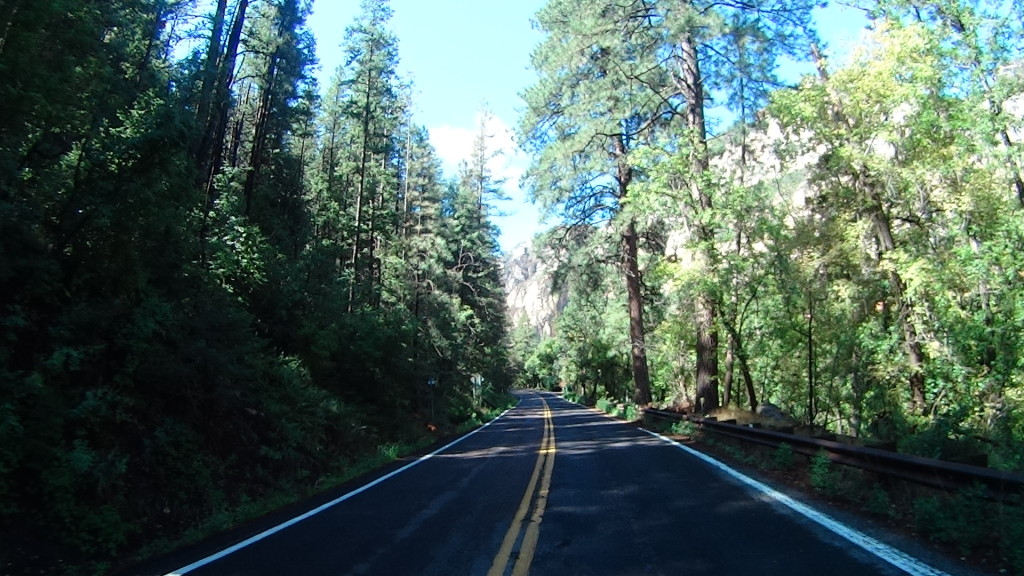 It was so lovely being in the shade of trees again – have missed them through the desert canyonlands. 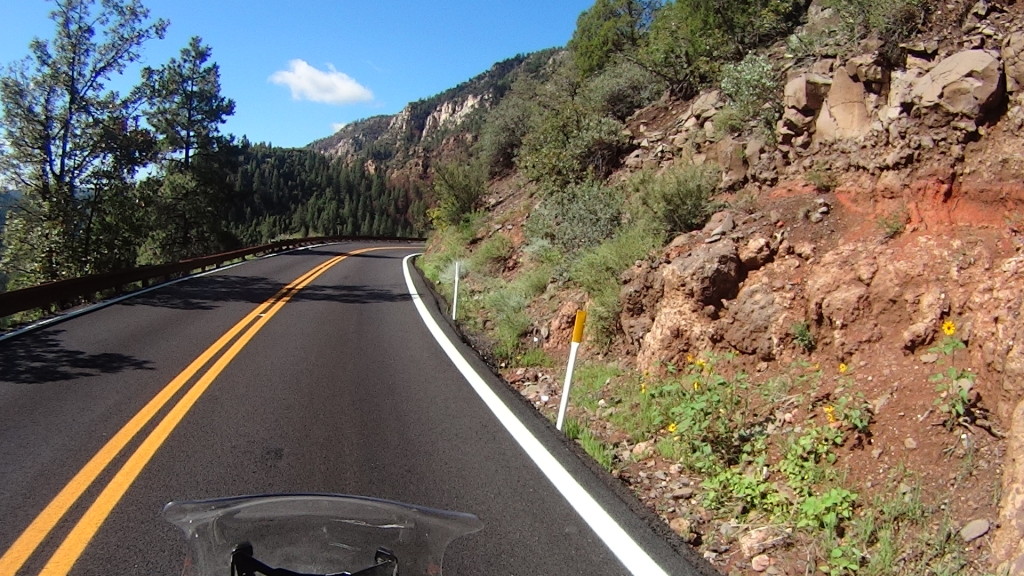 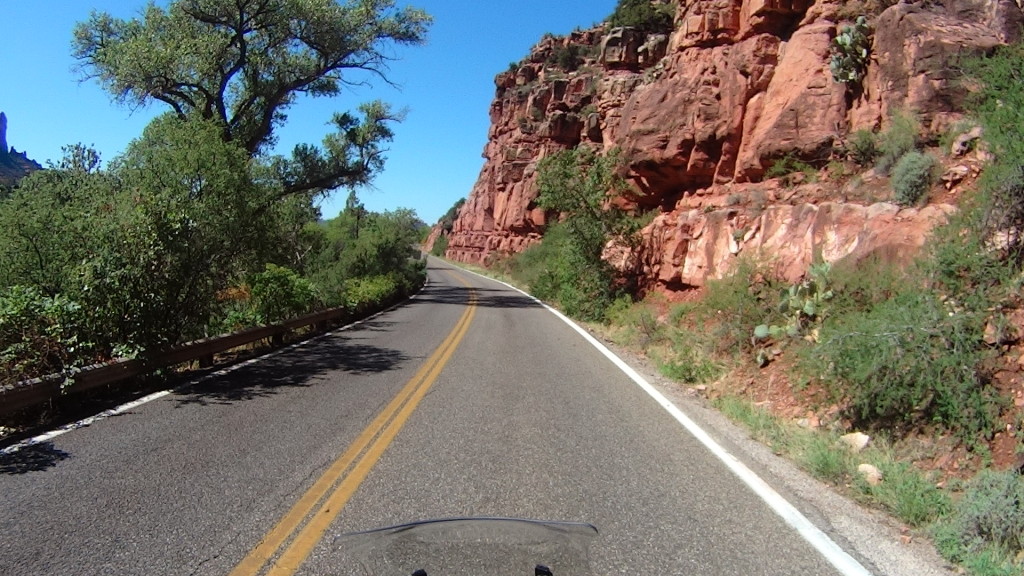 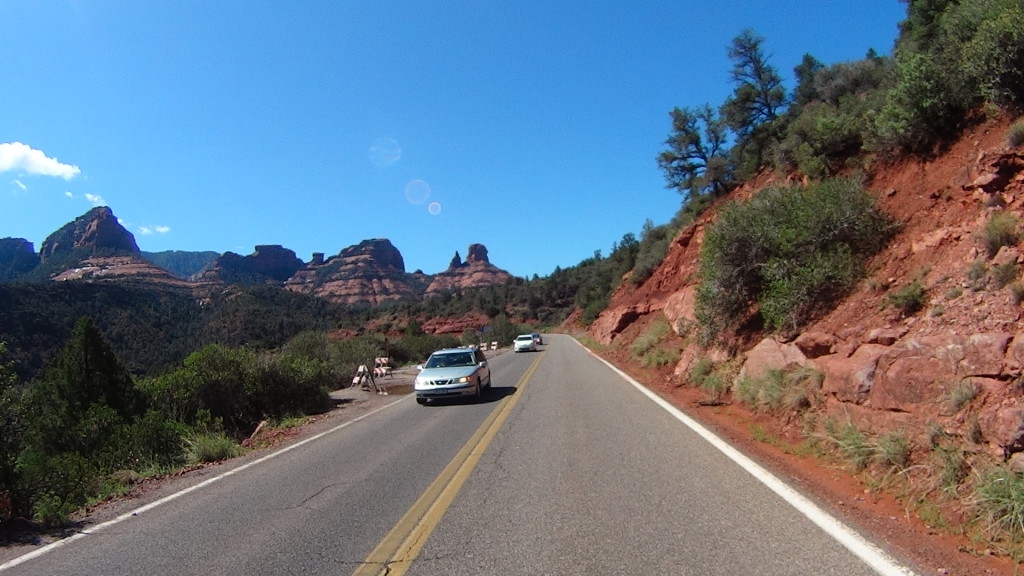 Because of the recent heavy rains, which we missed 🙂 all the pull off areas were closed due to them being unstable.

From Sidona to Phoenix it was straight down the interstate.  Trees gave way to cactus, first we have  seen, the real western type ones.  We were talking to someone later in the day and this road had been closed for 4 hours yesterday due to flash floods, in fact on the news much of Phoenix was flooded. The people here are really happy about the rain as they have been in a 17yr drought apart from 3 days last year.  They are hoping for more rain…we are hoping it comes after we have left.

Got into the hotel early as it was only a short run today, and was lovely to just chill.  Charlie has booked his bike in for its 40,000km service.  The original plan was to get it done in Salt Lake City, but although he tried to book it well in advance, they were too busy to fit the job in. Phoenix could do it on the 21st so we have had a “schedule” to get here by then.

A day to catch up – washing, blog, emails, business stuff. 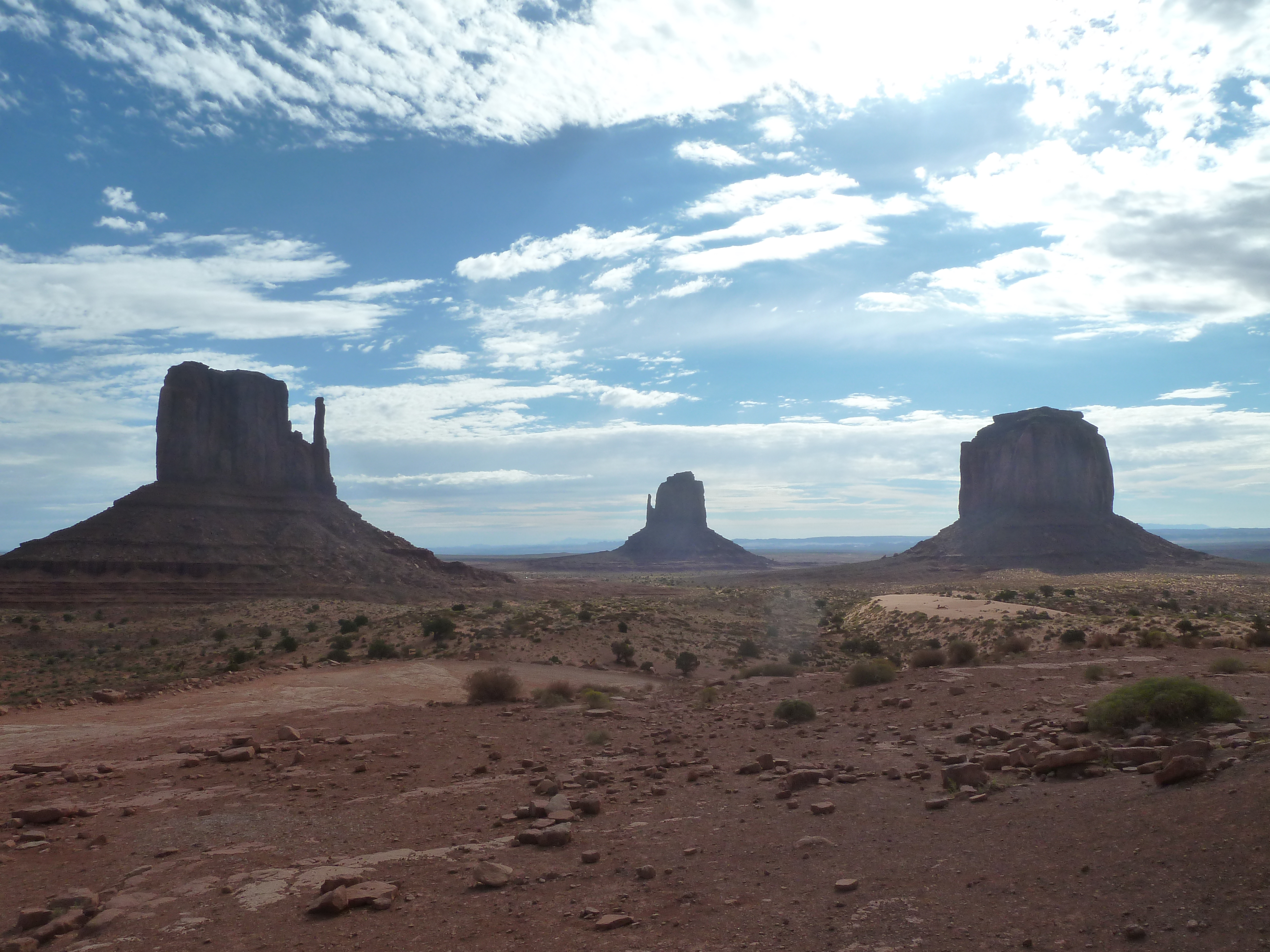 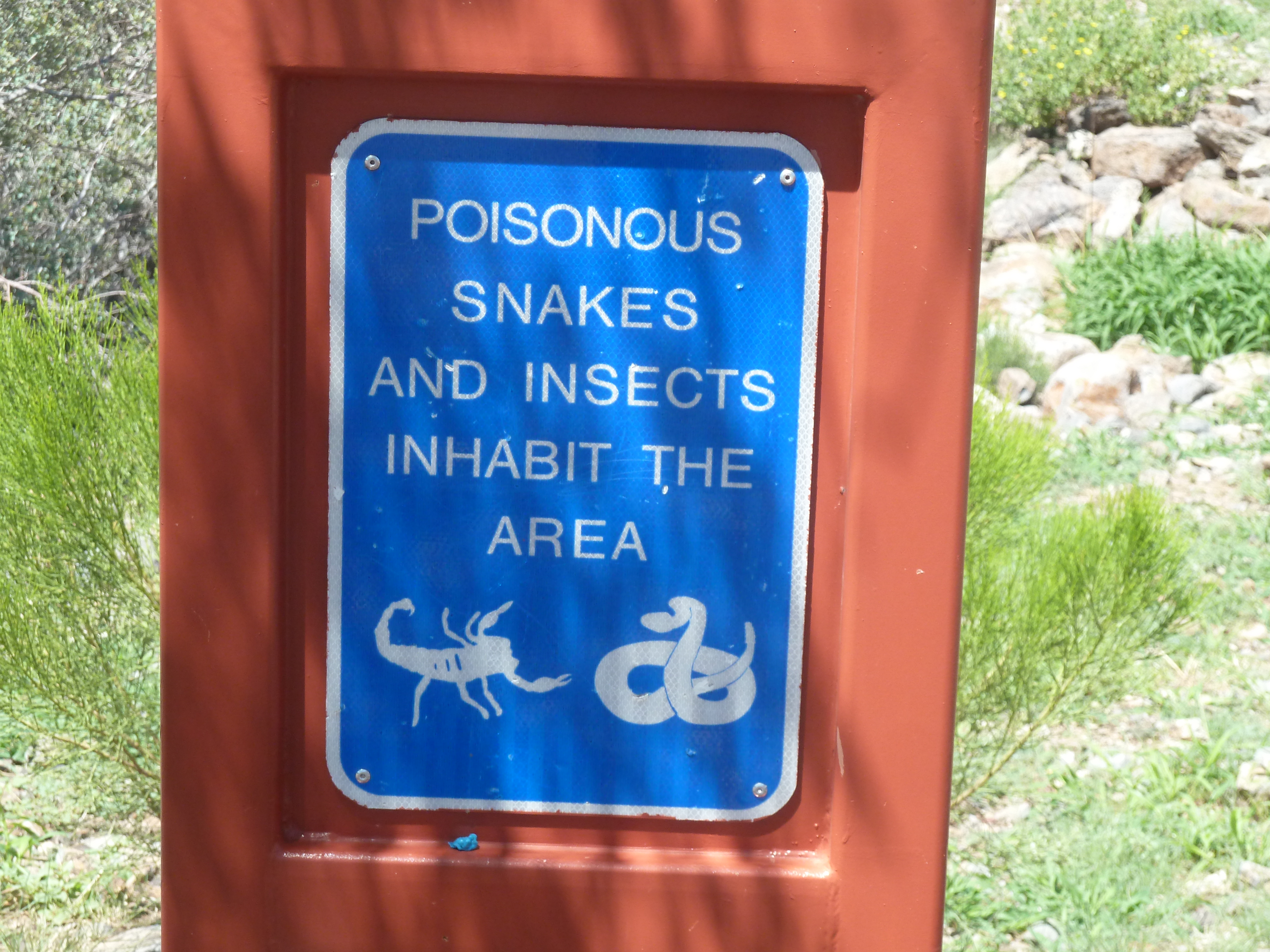