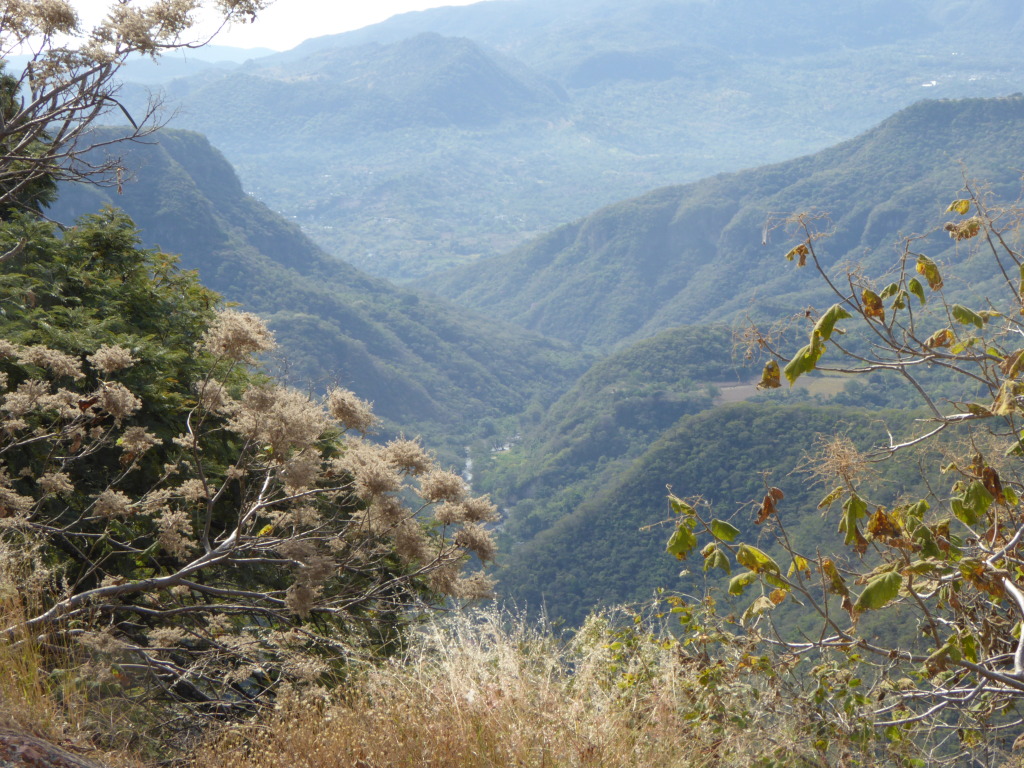 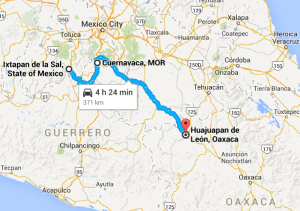 Went for a walk around Ixtapan before heading off.

A butcher shop, no refrigeration or protection from the street. 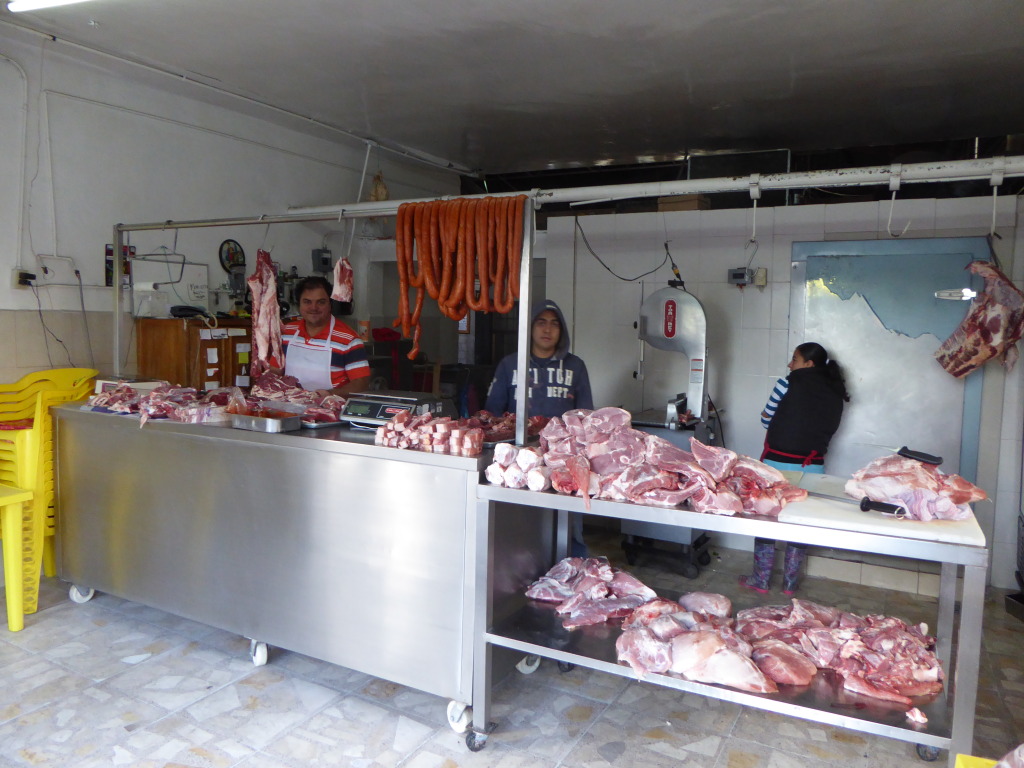 Chicken sitting in the sun – later saw them being delivered in a wheelbarrow. 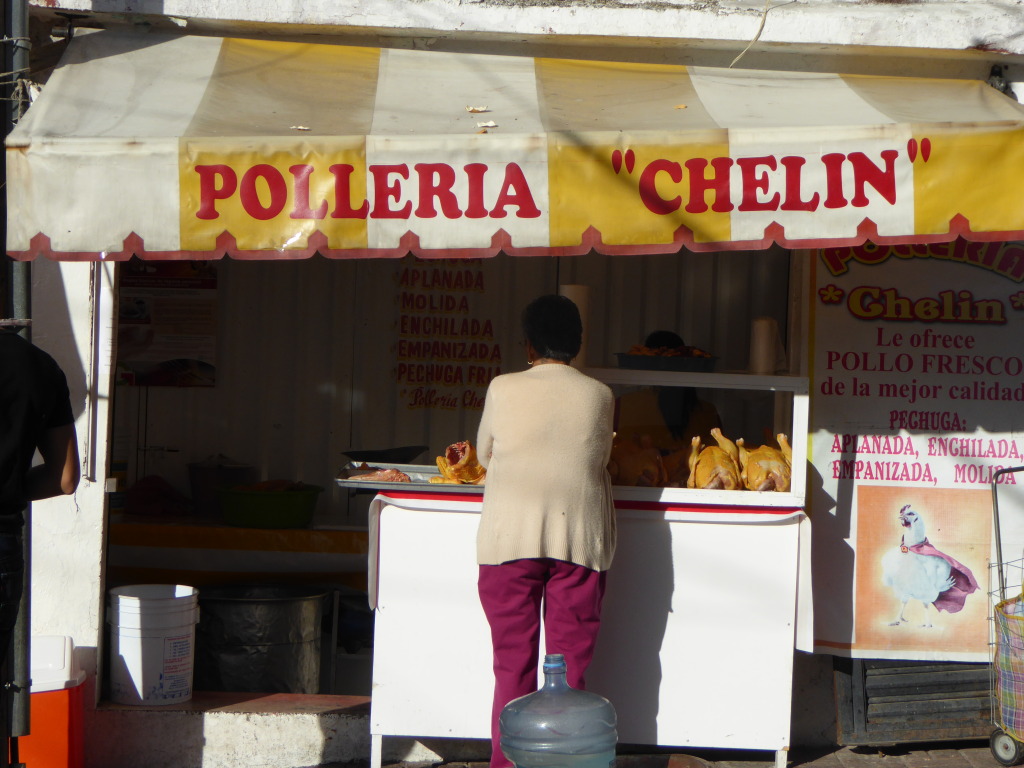 Every town and village has its Cathedral, often the ones in the villages are brightly painted in blues, yellows, etc 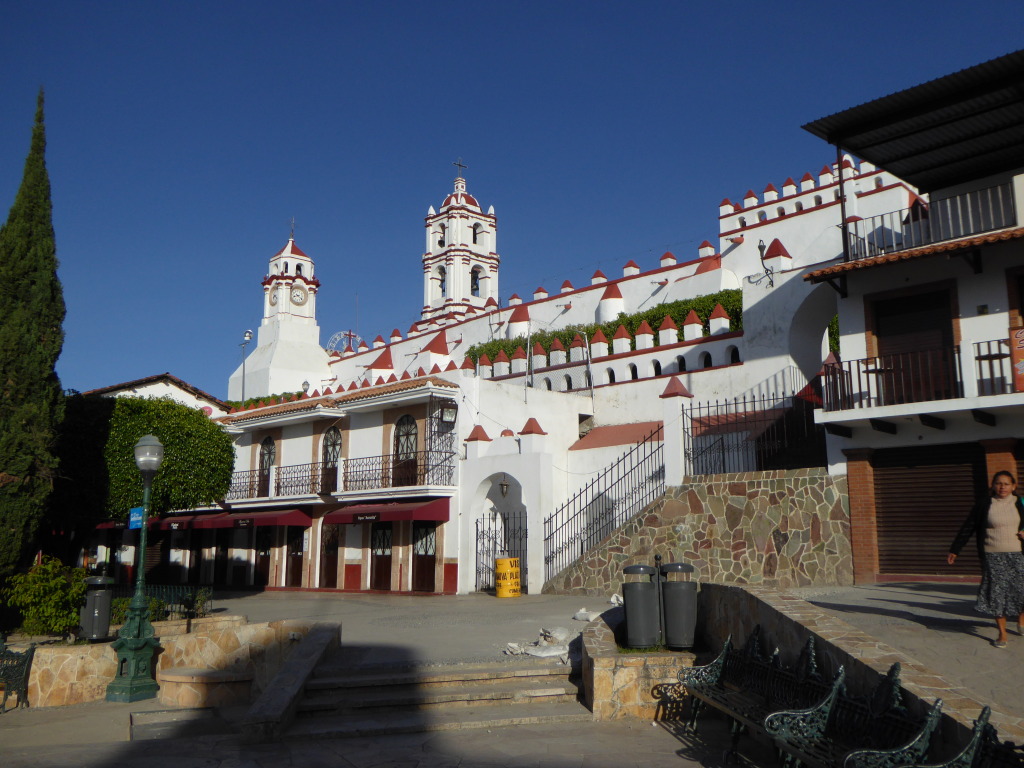 Another day of mountains and valleys. 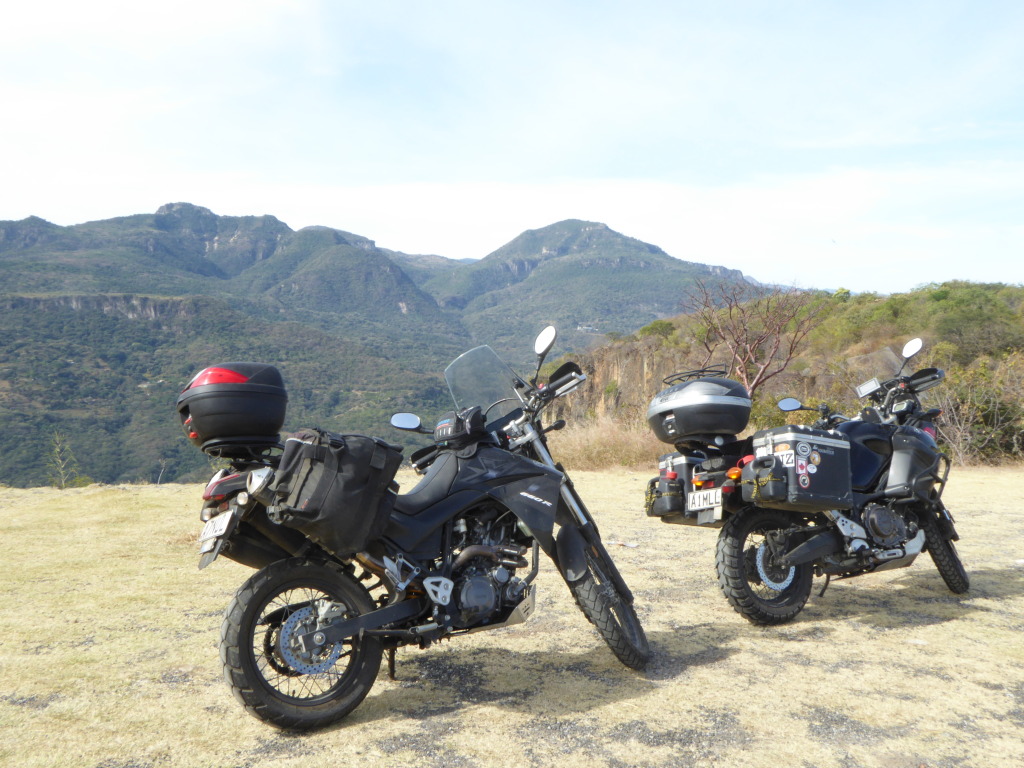 Some new cactus we hadn’t seen before 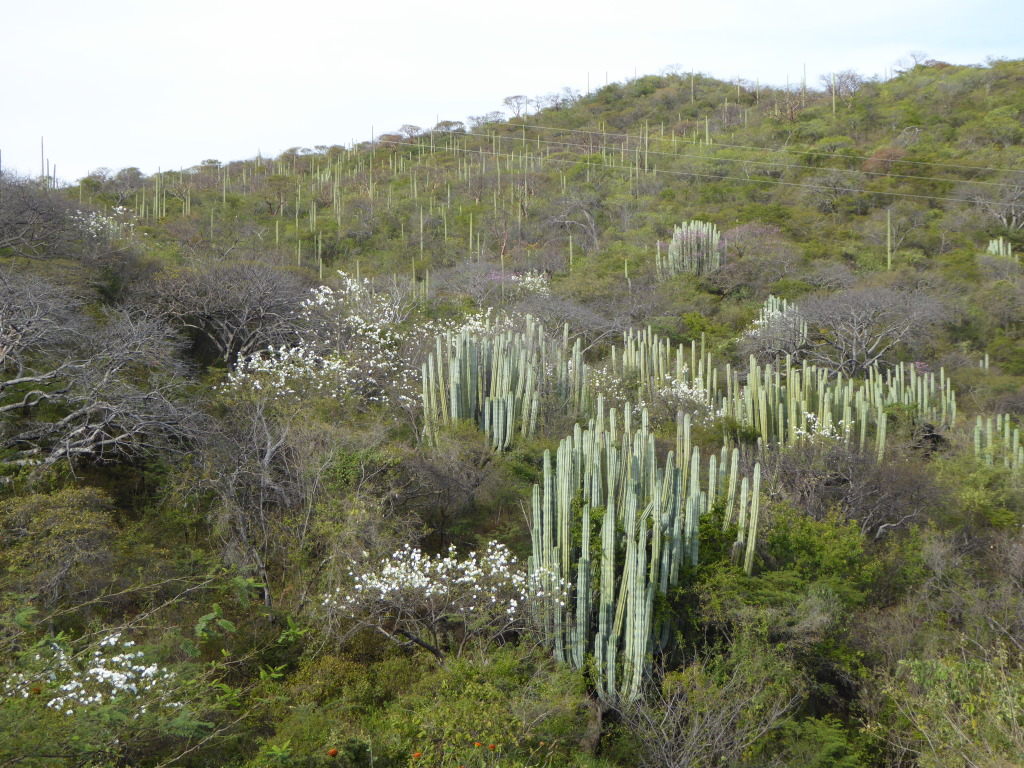 Our slow moving traffic today was a three laned motorway cutting down to one lane because of roadworks, took us ages to get through barely moving in first gear the whole time.

Went through a number of lovely small villages today, winding our way up and down the mountains.

In one town we passed a bus of teenagers, they waved and smiled at Charlie as he went passed, then a big yahoo when I went passed – a female on a big bike!!  Wow!!

Got to our destination just after dark, and took the first hotel we spotted near the town centre.  Then went for a walk around the square which was so alive, a real party atmosphere with cafes and restaurants around the perimeter.

Saw a young girl with a snake wrapped around her wrist, and I was brave enough to touch it!!

Charlie decided he needed a haircut – this is just straight off the street – no walls or doors. 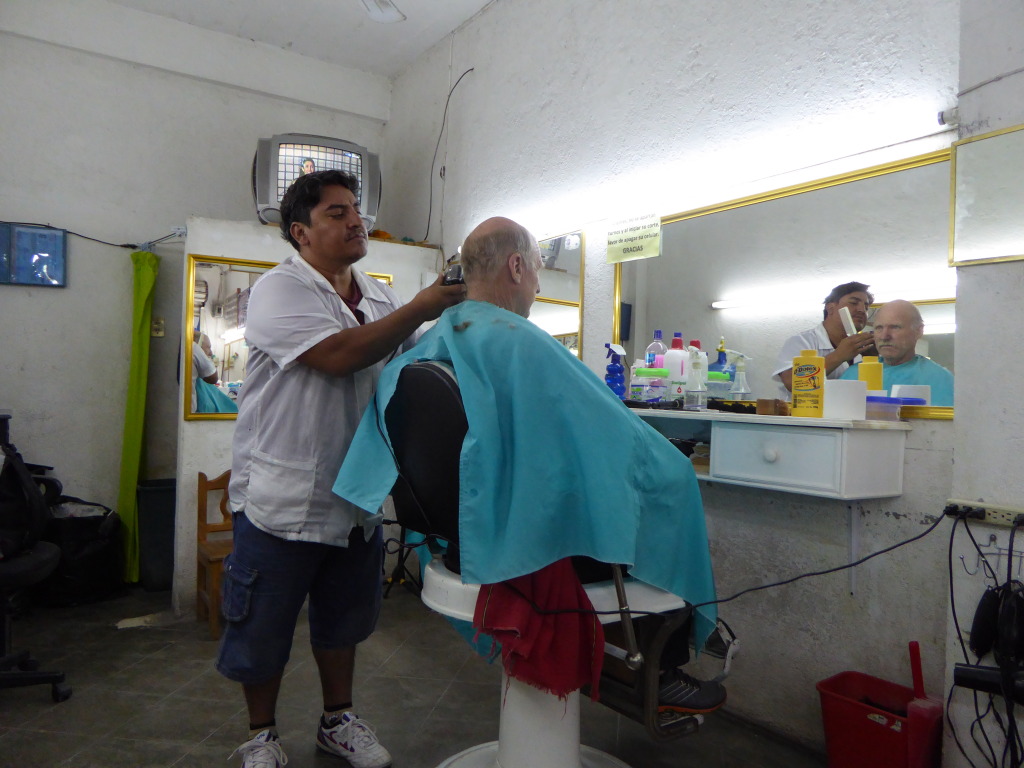