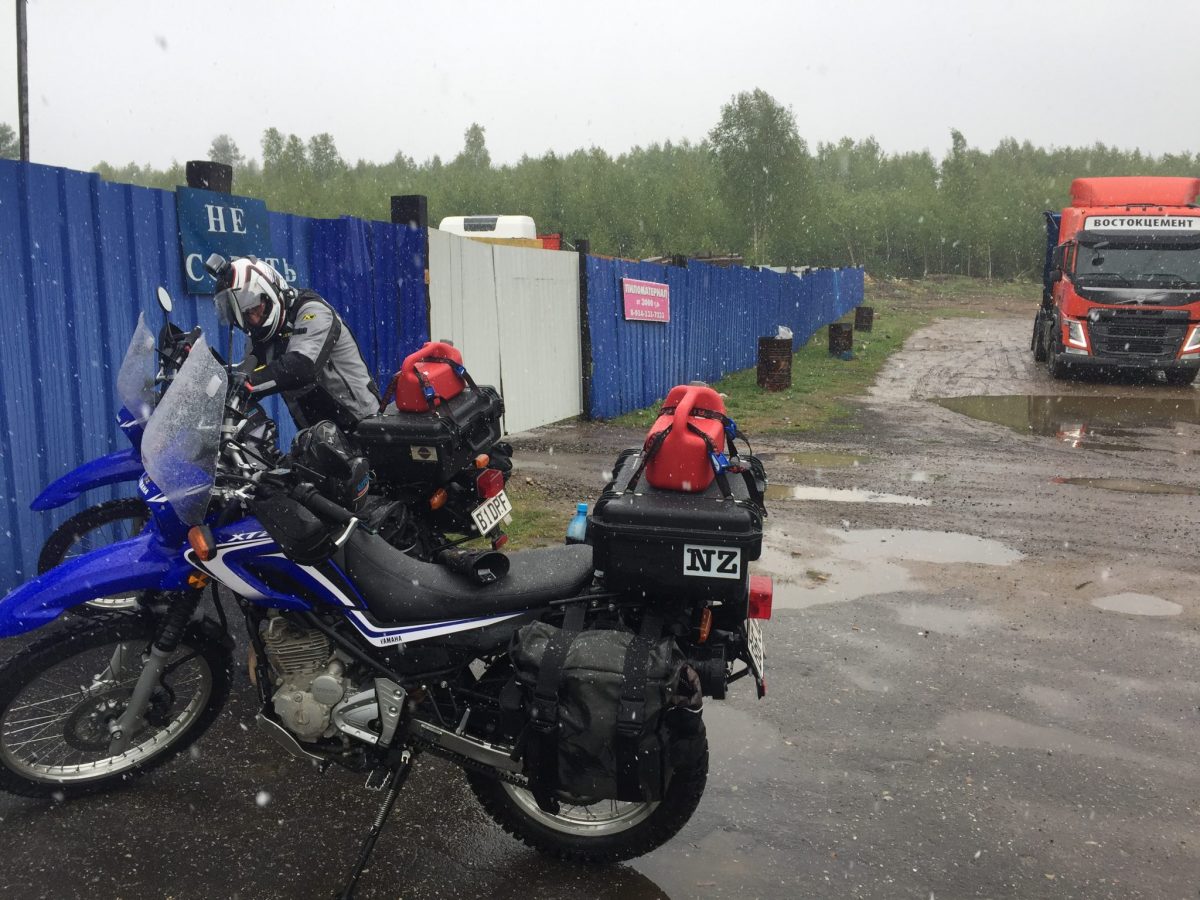 The landscape is more of the same, trees, flat, no animals, not even roadkill.

Obluchye is a railway town, with lots of trains going through.  We stayed at the only place in town which also caters for skiers in the winter.  It was quite a rough track getting there.  The guy next door came knocking – he is obviously a salesman and came with his book of wares.  We thought he was trying to sell us something, but no, he wanted to give us a gift!  This is beautiful handmade Russian tatting. 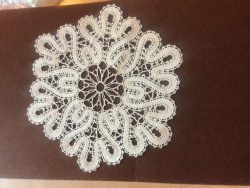 The steps to our mezzanine “bedroom” 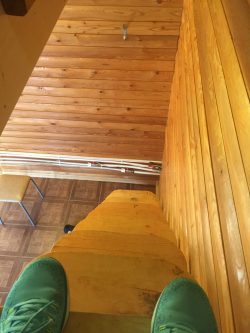 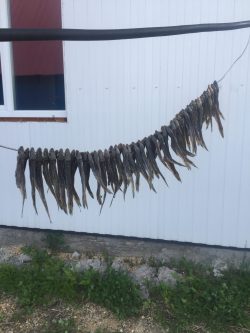 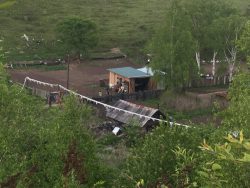 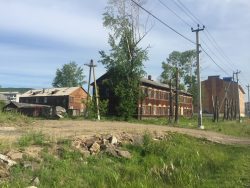 Other types of housing in the villages 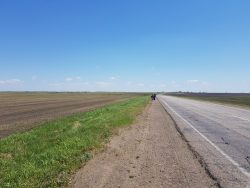 We took a bit of a detour to go visit this lovely town.  The town on the other side of the river is in China.  There is quite a heavy military presence in this area. 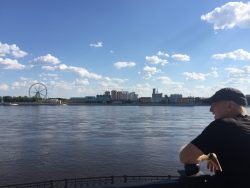 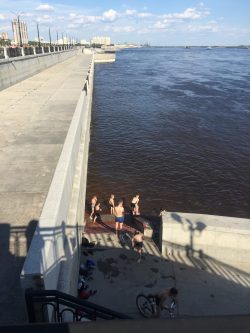 Boys swimming in the river 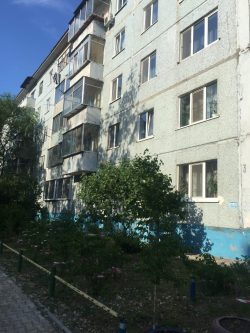 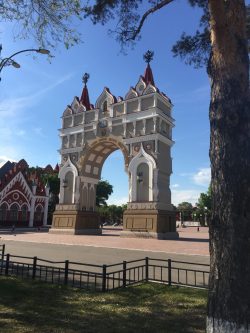 I love the detail of the Tsar era architecture 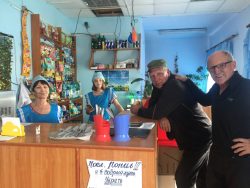 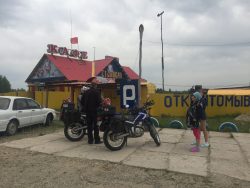 We got a very friendly warm welcome at this Café, and good food too.  After we had ordered, one of the other customers insisted on paying for our meal “as a present”.  He was a big man and next thing we were getting big bear hugs and three smoochy kisses on the cheek, that’s me and Charlie (Jordan, I can hear you laughing!)  Then he started shouting in Russian so we could understand him better – he was a lovely guy.  Next it was paparazzi time with the other guests in the café – first him with us, then her, then them – you get the idea.  When it came time to leave we were still going with the photos – it’s the people that make a trip like this special.

It’s been said before but I will say it again – Russia has a lot of trees!  The road is good, the land flat/rolling, the sun is shining but it is still cold.  Sunrise is just after 5:00 and goes down about 9:30pm so the days are long.  For my riding friends, you could easily do longer days than we choose to if you were on a tighter schedule. 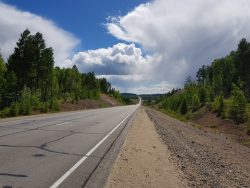 As we head further north into Siberia there are less and less villages.  We have had no trouble with petrol stations though, and often they have gastonistas (motels) and a café attached – perfect. 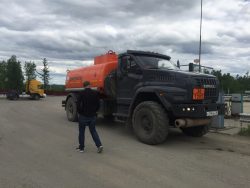 That’s a BIG truck (for little Charlie) – a Ural 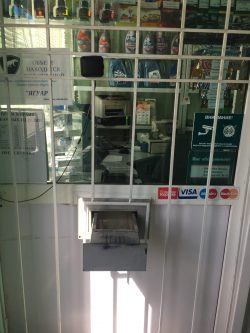 Because they are so isolated, the cashiers at the petrol stations are well locked away – you put the money in the drawer before any petrol is pumped, then once filled you get the change back. 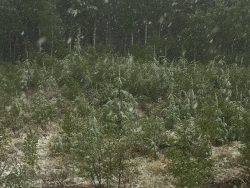 So today we actually rode through falling snow, a truckie said it was -5, I dont know, but it was certainly very cold. I had 7 layers on top including a down jacket, a windproof jacket, and the rest woollen layers!  So riding in snow in Siberia, memorable.  And with lots of tears in my helmet today as it was mum’s funeral 🙁 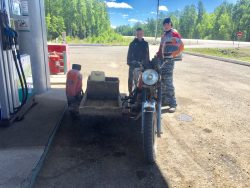 You should have seen the smoke coming out of this thing – three young lads, surely not old enough to be driving, having fun. 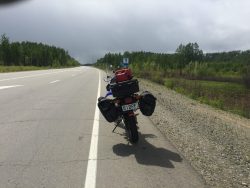 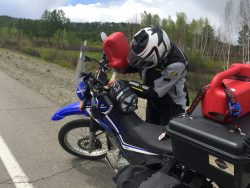 This is a photo of a little bike with no petrol – but we have favour as at the top of the hill there is a petrol station so Charlie took my bike and filled up the petrol container.  When you consider the m-i-l-e-s between petrol stations, we really were blessed  We should have stopped at that rough looking petrol station after all.  Now we know how far they can actually go on a tank. 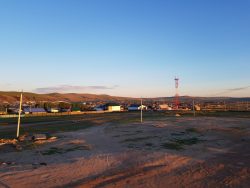 Overlooking the village where we are staying – the hotel is so new it wasn’t on any maps, was a good find.  Notice the change in landscape – no trees, not any, not one. 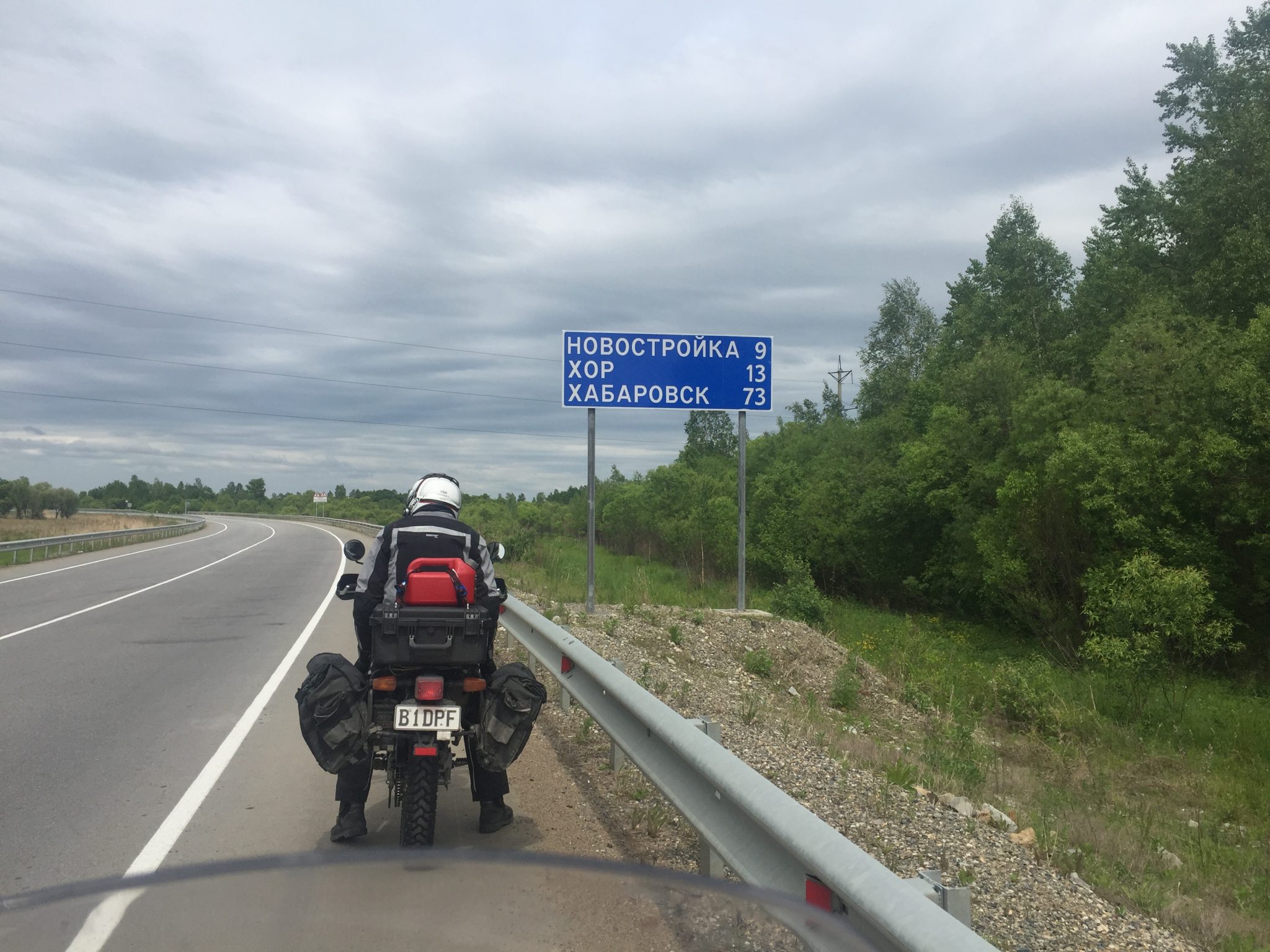 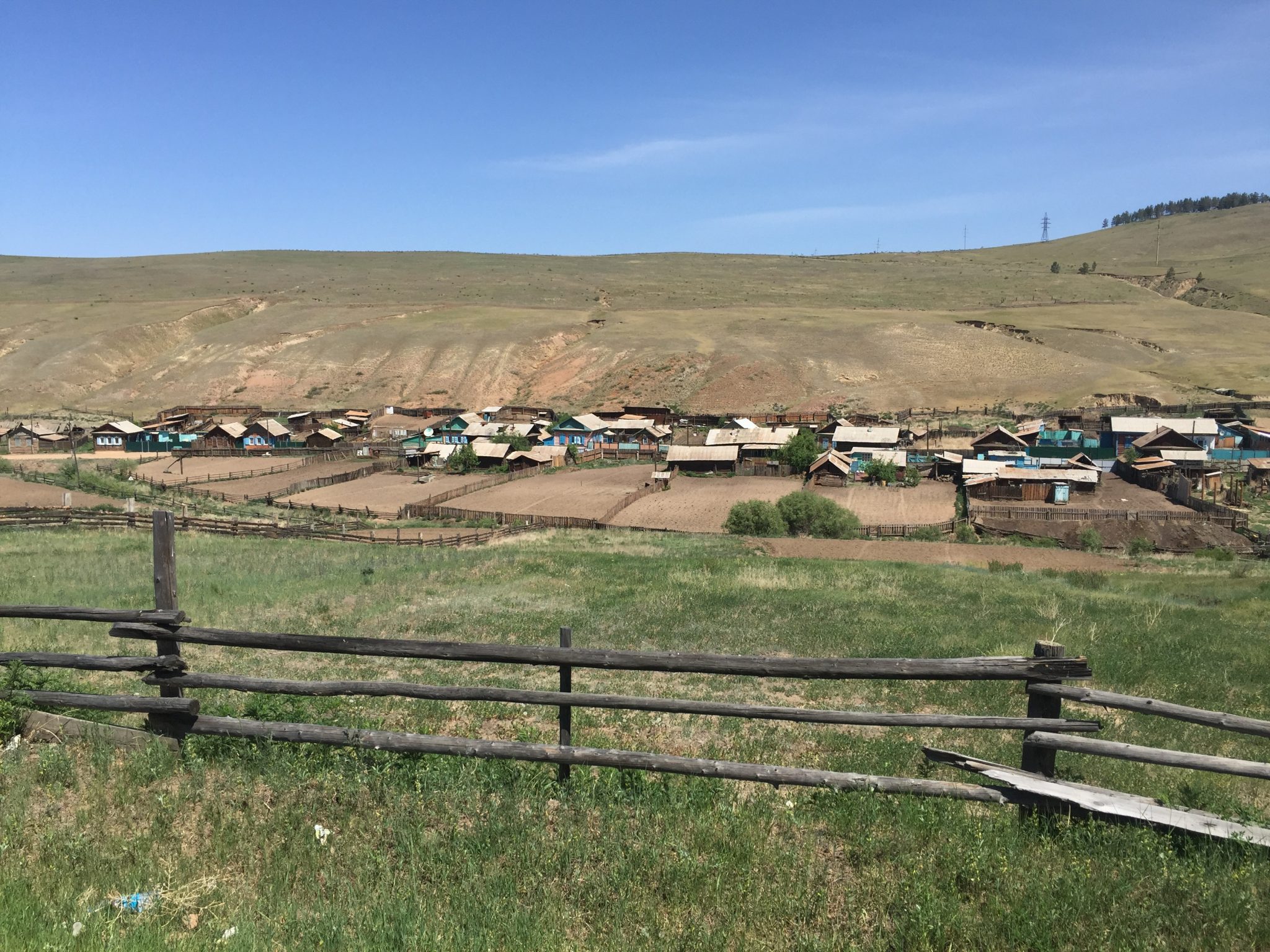 Yerofay Hotel > Another Hotel in the middle of nowhere