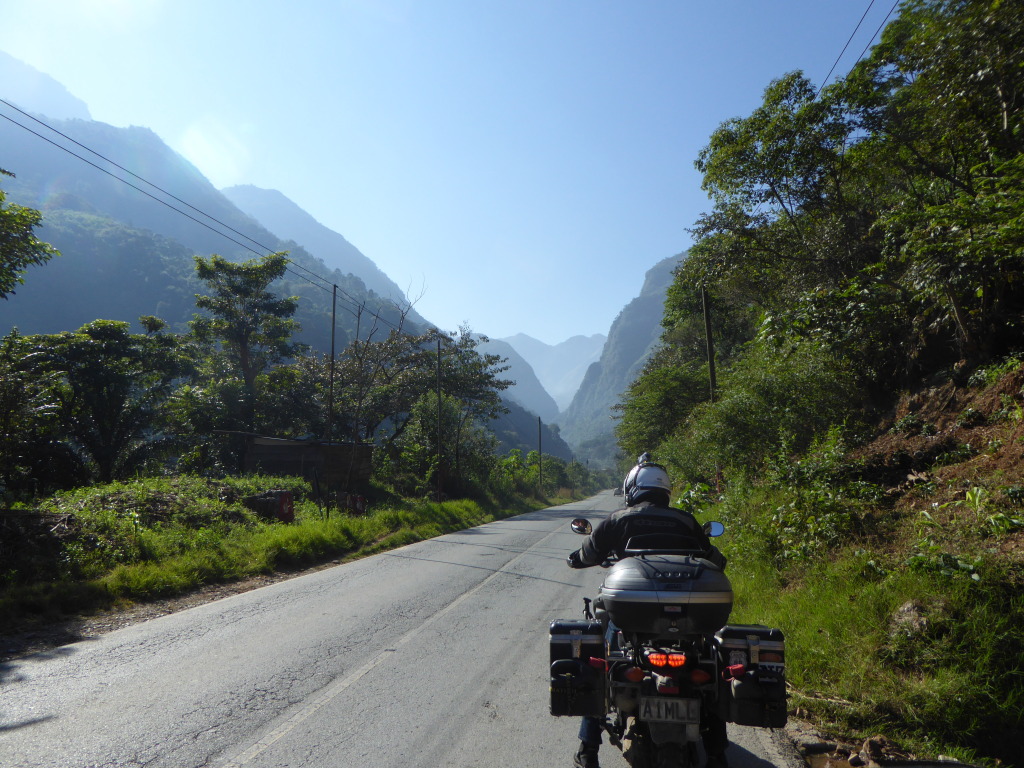 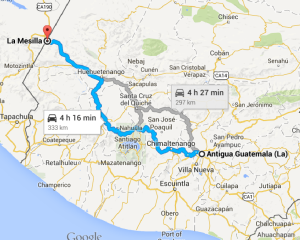 Have had limited wifi for some days, and then when I did have a signal, I had some computer issues.  But my son Jordan is a whizz and he sent me what I needed to do to fix it, yay thanks Jordan, you are a star!!  Now to try and catch up.

We are on a schedule now to be in Panama on 14 December.  Have set reasonable mileage because each day usually brings its own delays.

These buses go  as fast as possible at all times, bellowing out black fumes behind them, and when they stop, lights flash all over.  They generally have a guy on the roof who catches all the bags as another guy standing by the door throws them up.  When they stop the passengers have to run to get on – it’s a very slick operation.  At night they are lit up like Christmas trees. 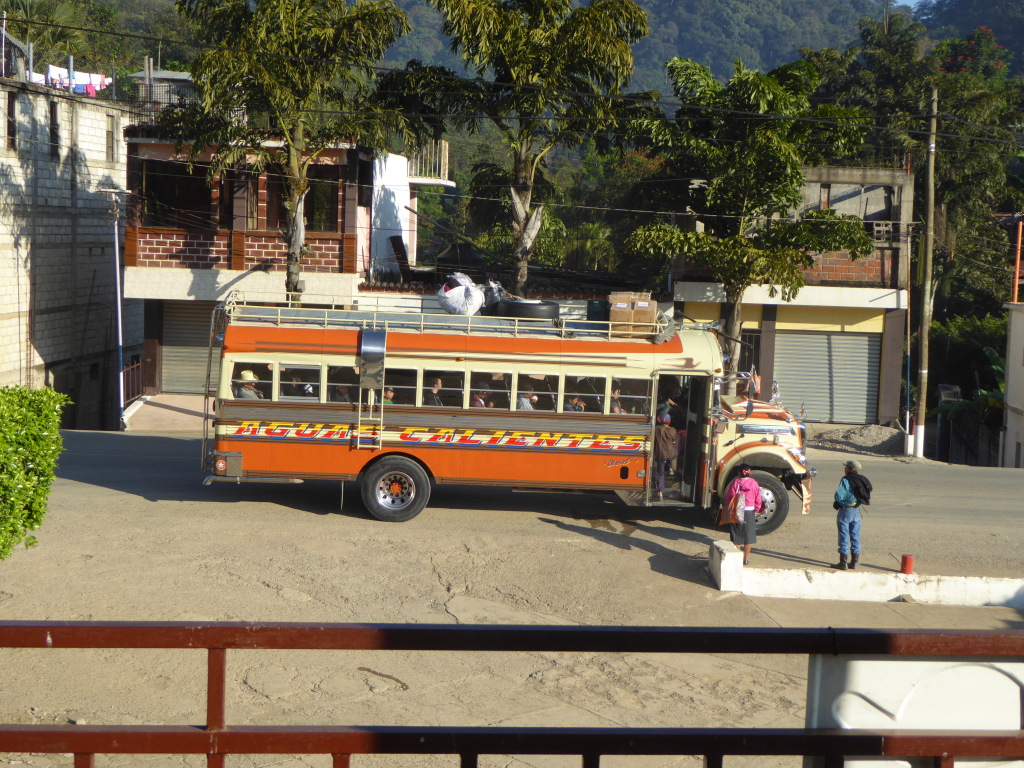 See the sign…”taller carpenters” …could be helpful I suppose.  Actually it means Carpenters Workshop.  Not that they were doing much work, Charlie’s bike gets a lot of attention over here. 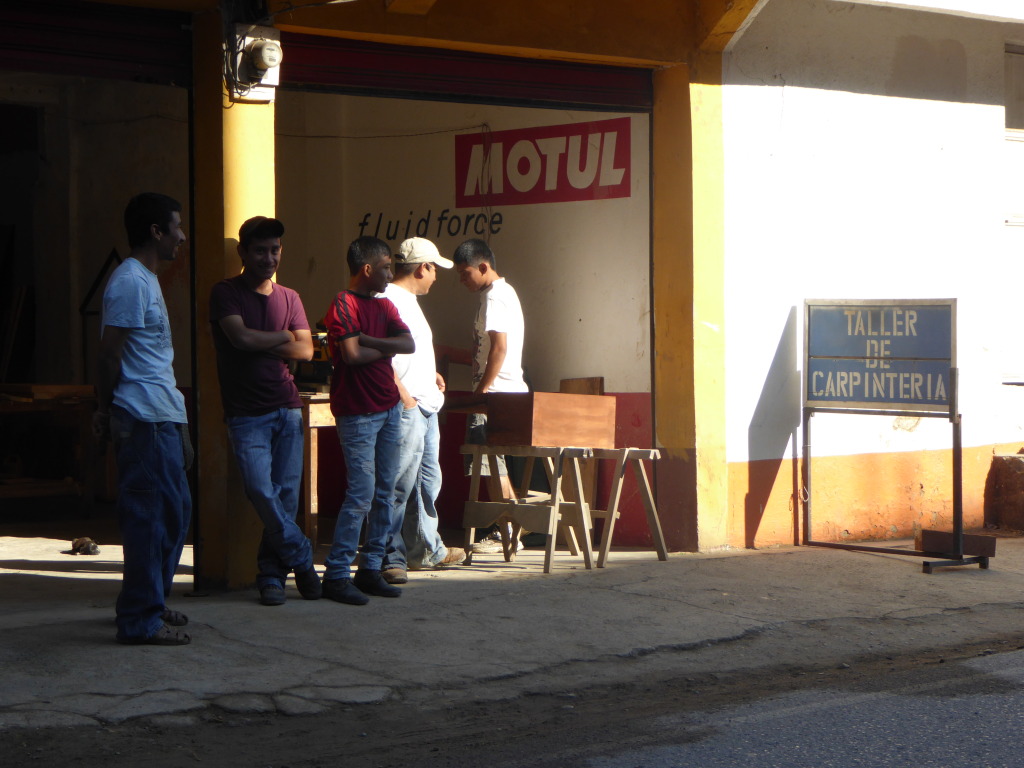 Started off with dramatic steep jungle covered mountains, really felt like a different country.  The road was reasonable, it wound its way through the valley floor, but had to watch for potholes and the topes were abundant and very narrow but high making them super bouncy, even for our bikes.

I wanted a photo of the mountains but the roads are narrow and nowhere to pull off.  Decided to take a quick pic on a straight and before I knew it there was a bus passing a truck coming up behind me.  Charlie was somewhat concerned.  Got my pic but not worth the risk.

Many of the people in this area are very poor.  Even the old men and old women were carrying large bundles on their backs, I even saw a little fella about 3 carrying his little bundle.

They farm in lots. 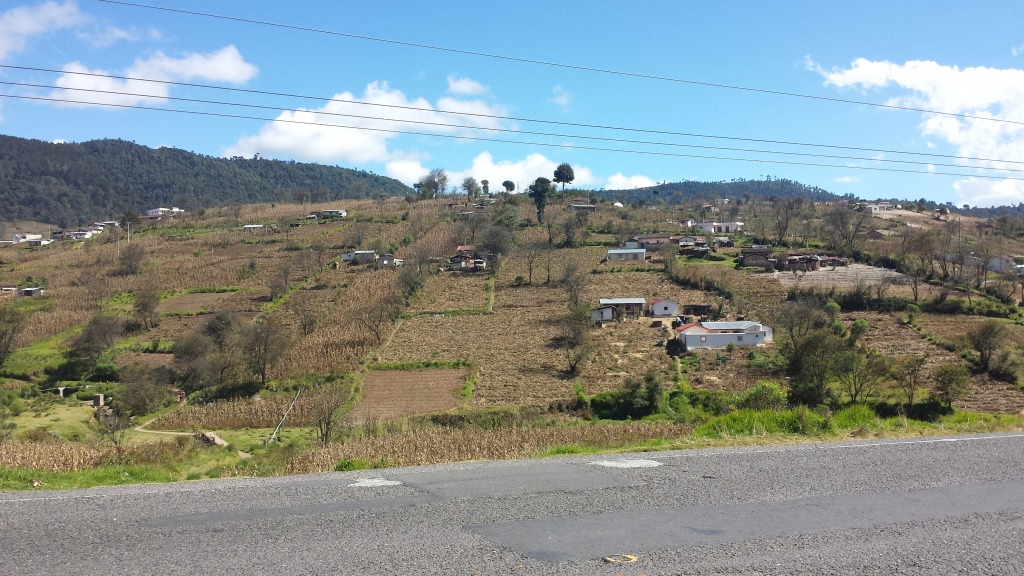 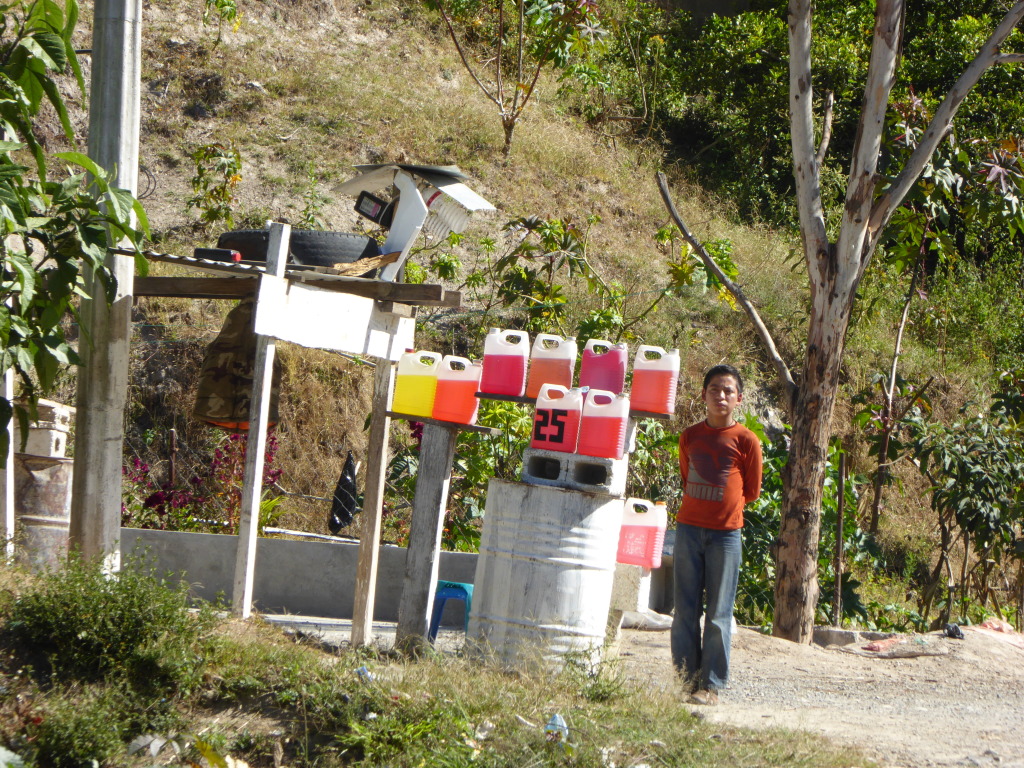 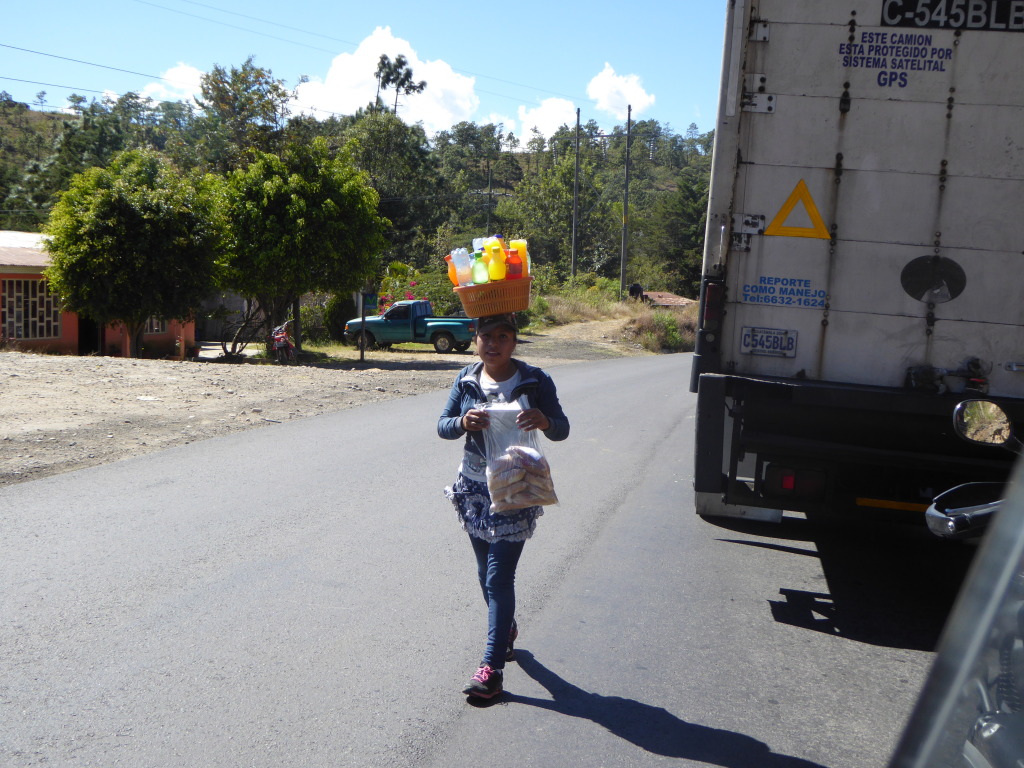 Next thing we found ourselves on a two way highway, great condition so could get some good miles under our wheels.

Arrived in Antigua 4:00, found a hotel then went for a walk to see the town.  The cobbled streets here are like smooth river stones, much harder to ride on than other cobbled streets.  Not so bad going forwards, but for me to do a u-turn was a bit tricky!! 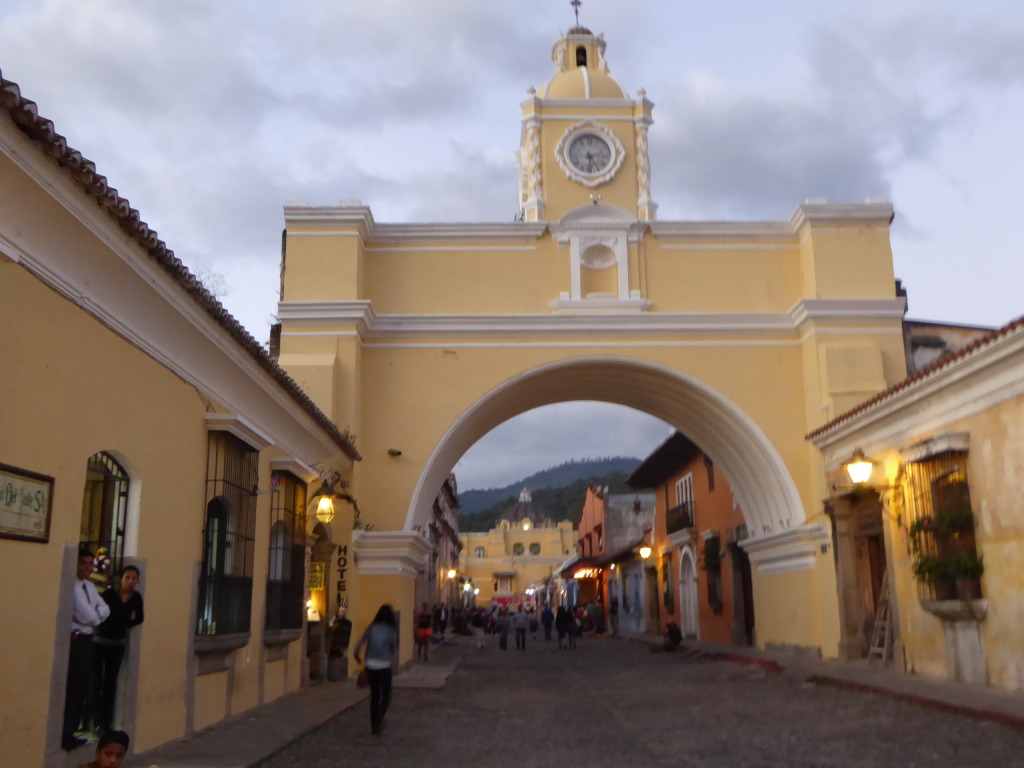 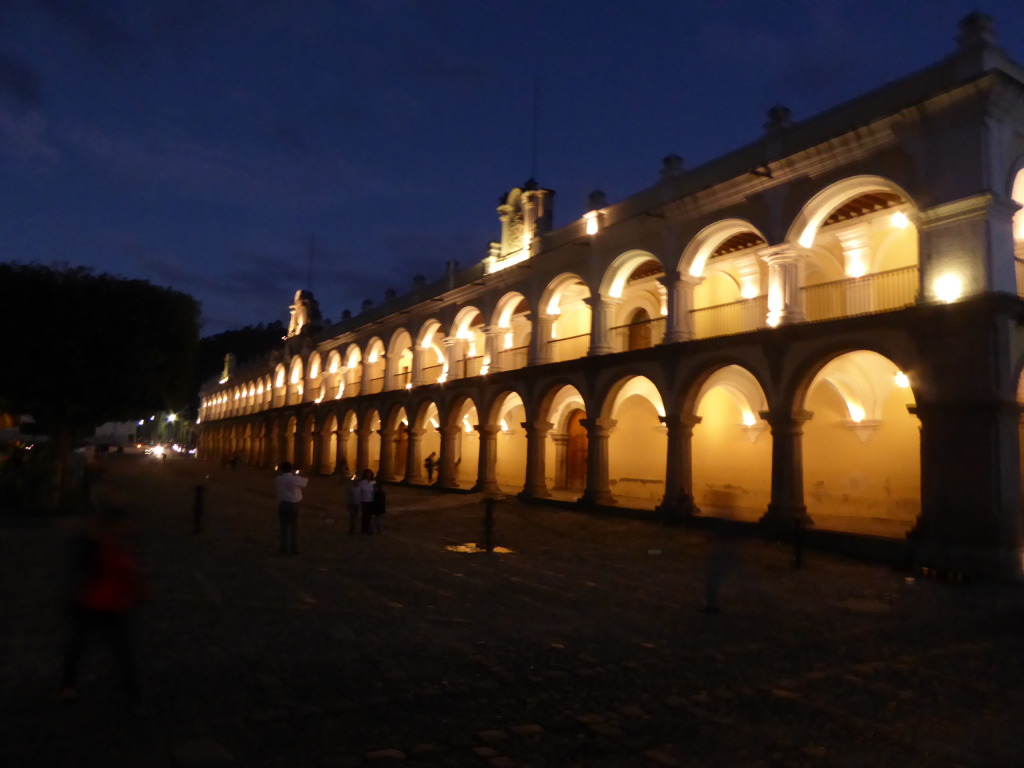 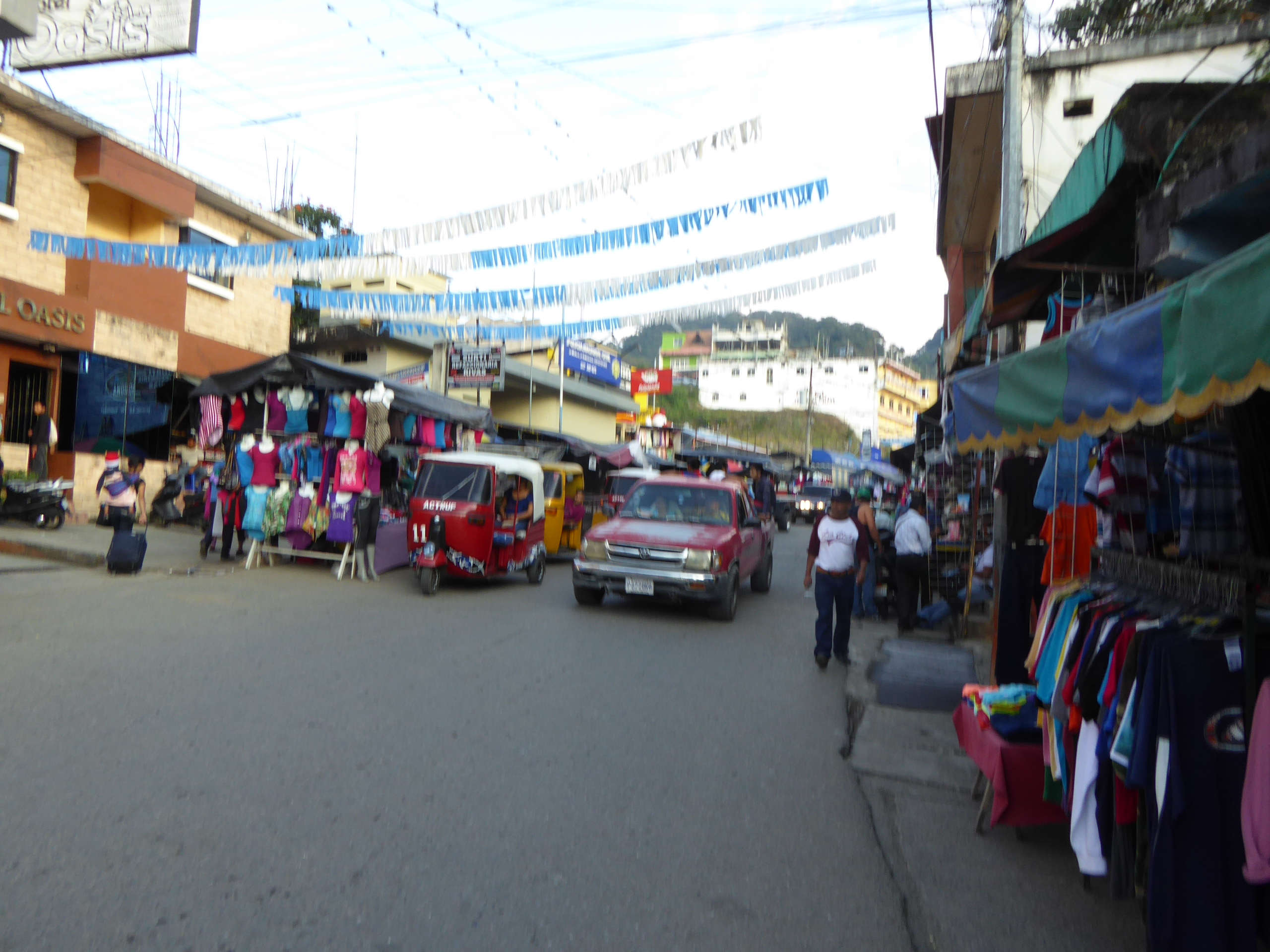 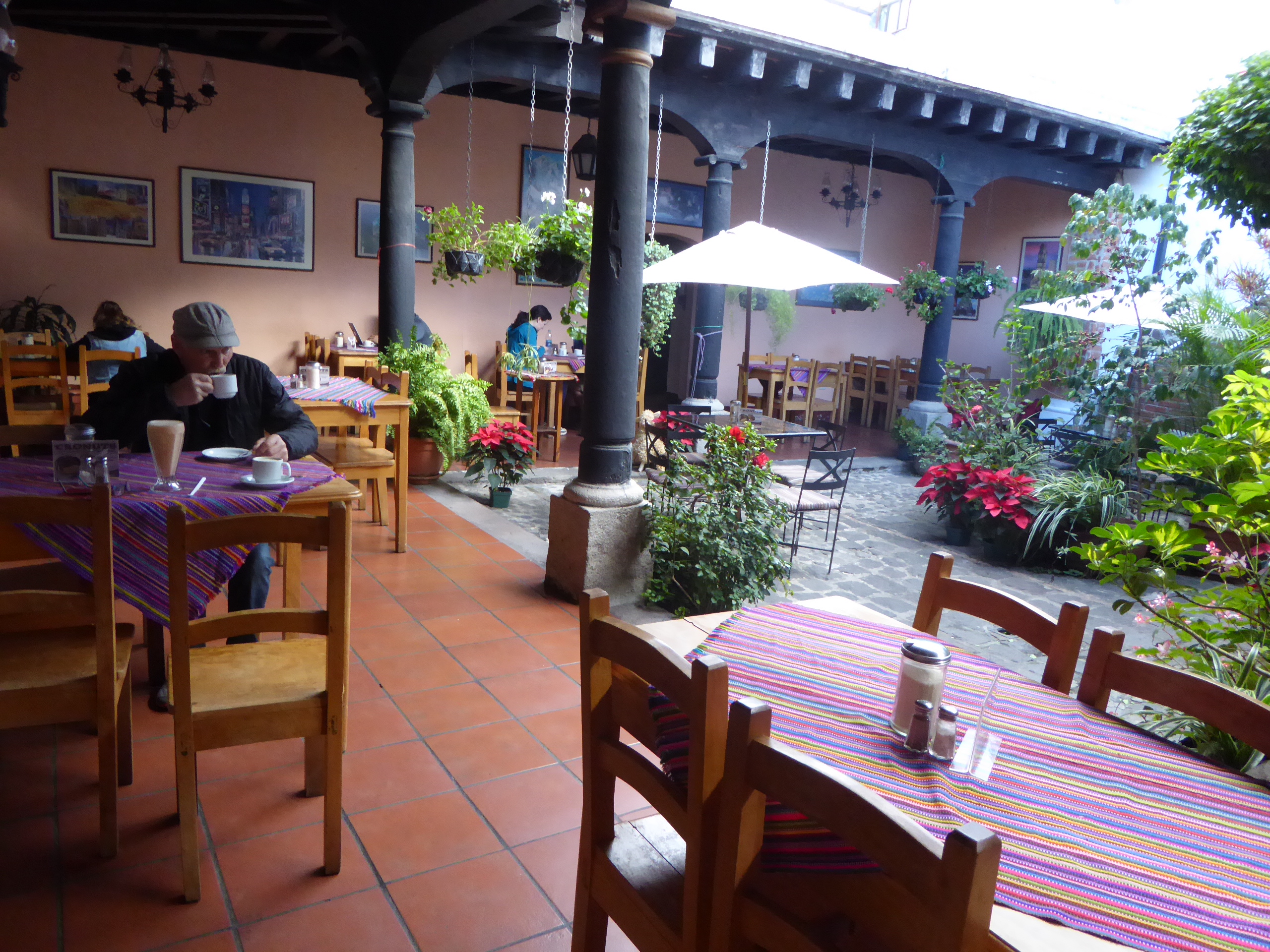