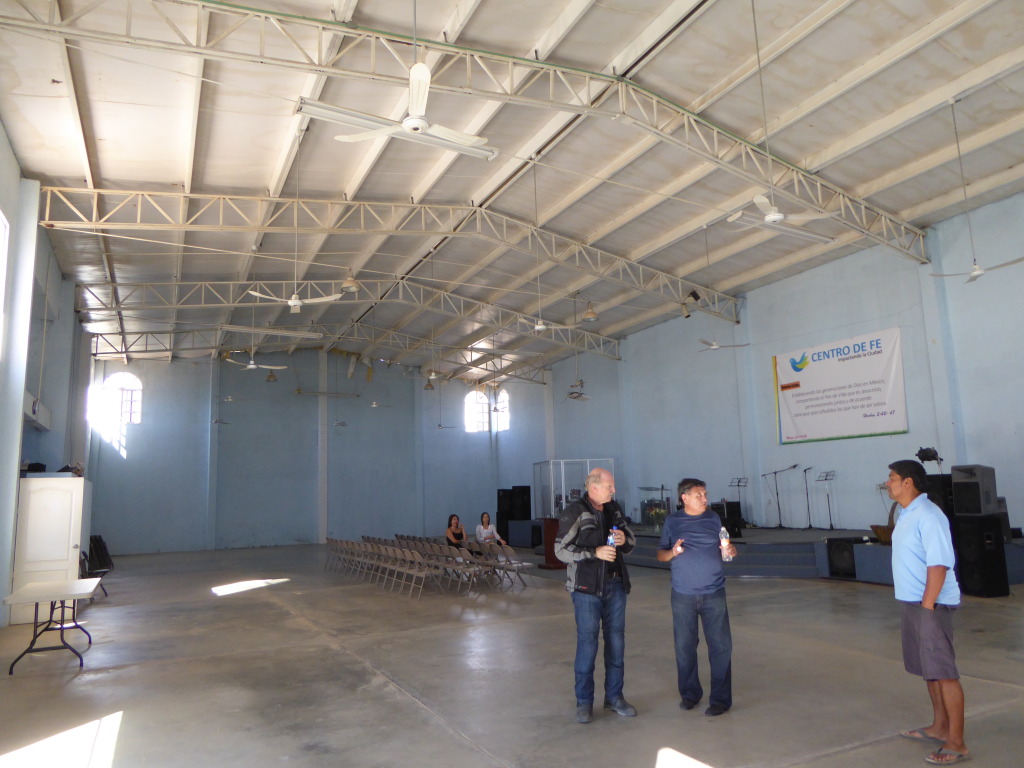 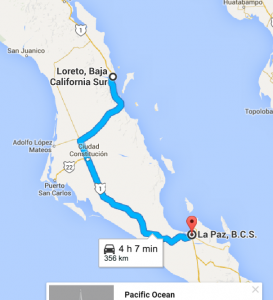 Loreto was such a pretty little town, I really liked it.

Started off with mountains on one side and the ocean with islands on the other, then twisties up over the mountain and I thought can it get any better than this ….necminute, flattt!! for quite a lot of kms.  Still a good ride though because the weather is so perfect so not complaining.

Rode over several kms of roadworks today – all potholes, corrugations, rocks and dust.  Cars were slowly picking their way over the road, but we have the right bikes for that sort of terrain, so I enjoyed it 🙂

Arrived in at La Paz about 1:30, so went and bought our ferry tickets to Mazatlan which I managed to do in Spanish.  It’s so cool when I speak Spanish that people actually understand !!

From what we have seen, La Paz is showing no signs of the terrible devastation from their cyclone in September.  The town has recovered really well. 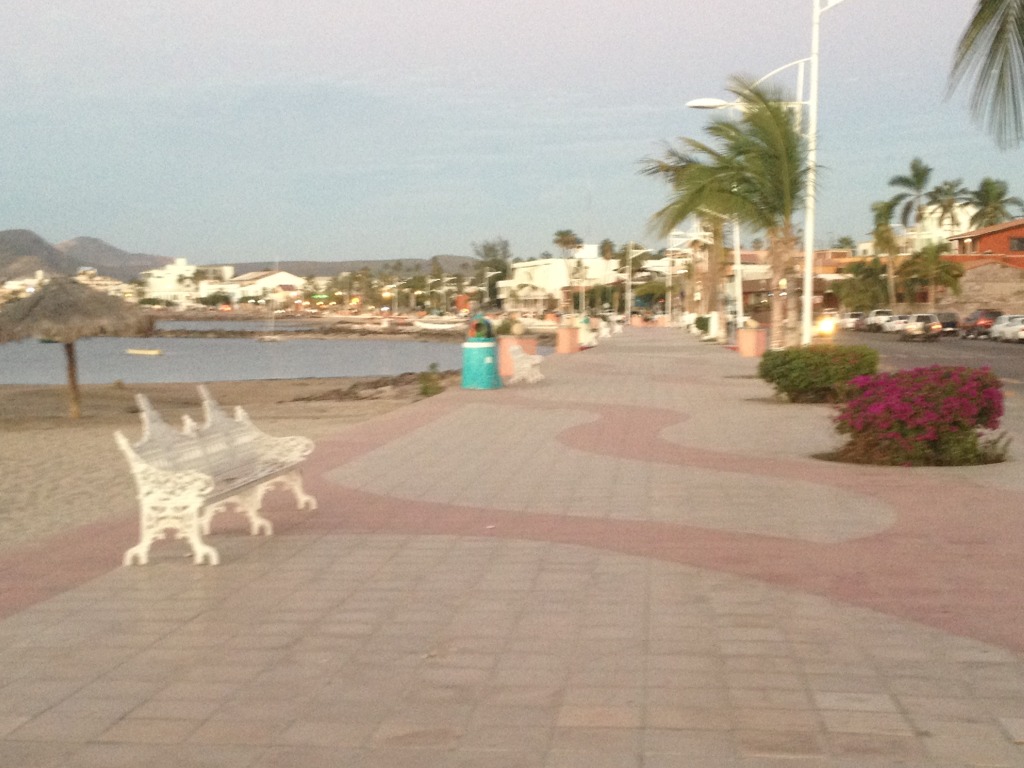 I love the internal courtyards for the places we stay – we can lock our bikes away safely. 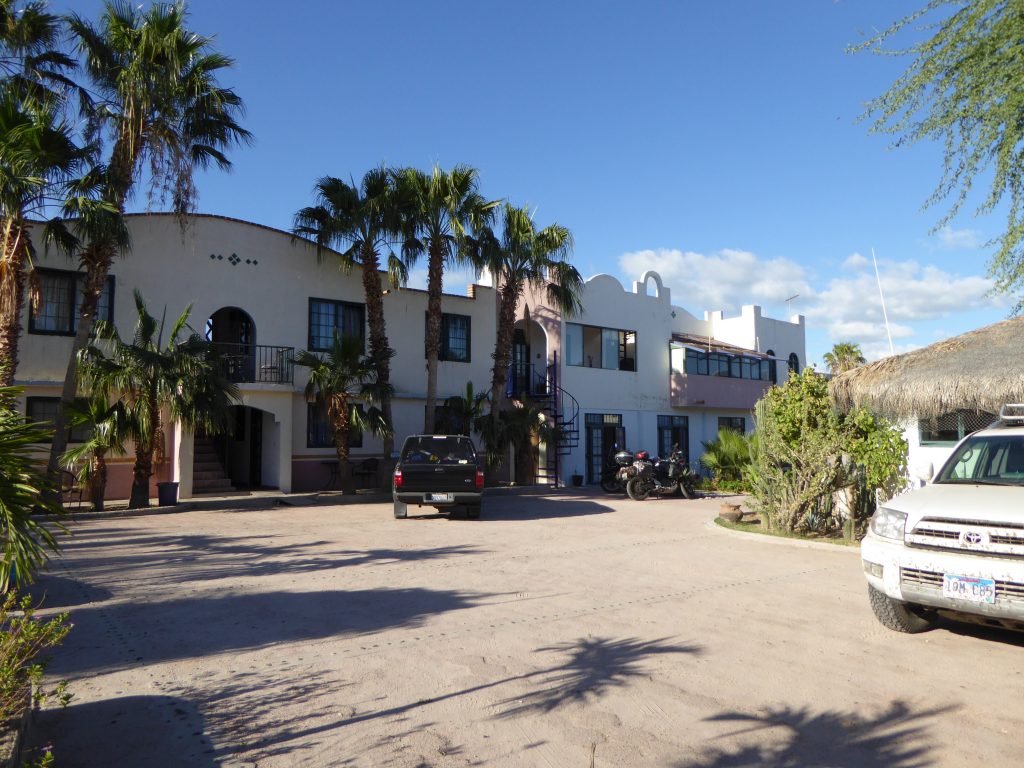 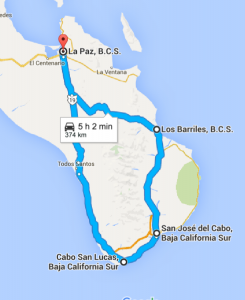 The church we attend in Auckland (www.cityimpactchurch.com) supports two churches here in Southern Baja – one in La Paz which we will be visiting on Sunday, and the other in Carbo San Lucas.  Today I jumped on the back of Charlie’s bike for a day trip to Carbo to meet up with Ps Luis and his lovely wife and daughter.  After the cyclone this Church fed 700 homeless people for nearly a week while they started to put their broken lives back together.

Ps Luis and Charlie inside the Church

The community around the church, many of whom are congregation members. 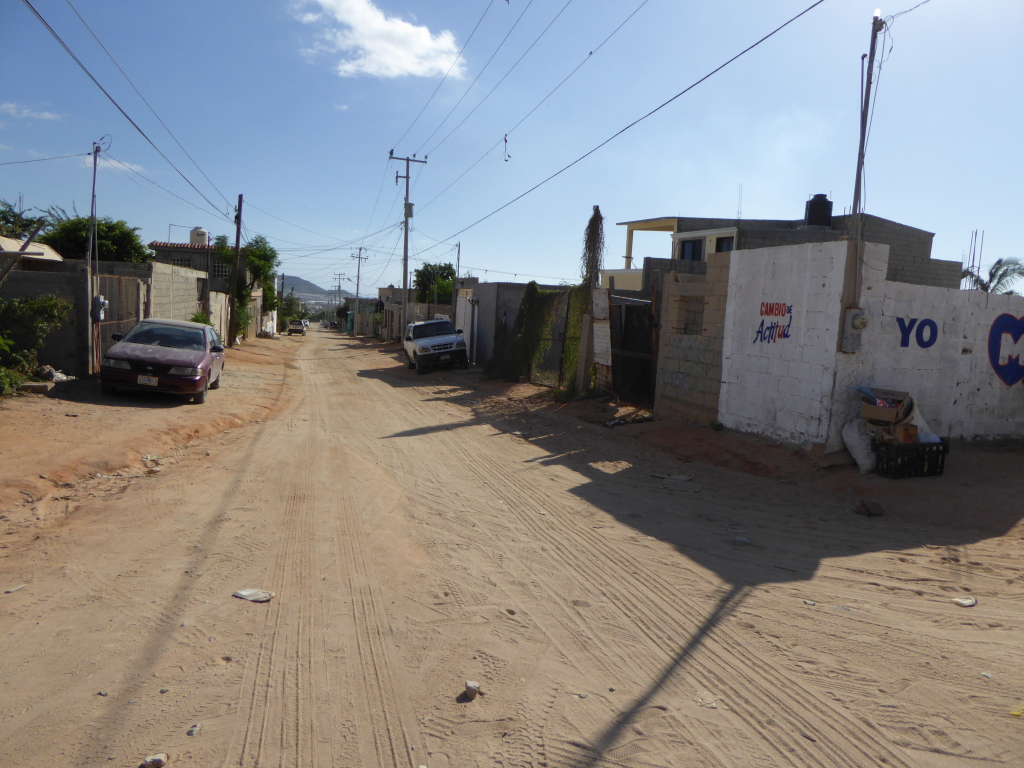 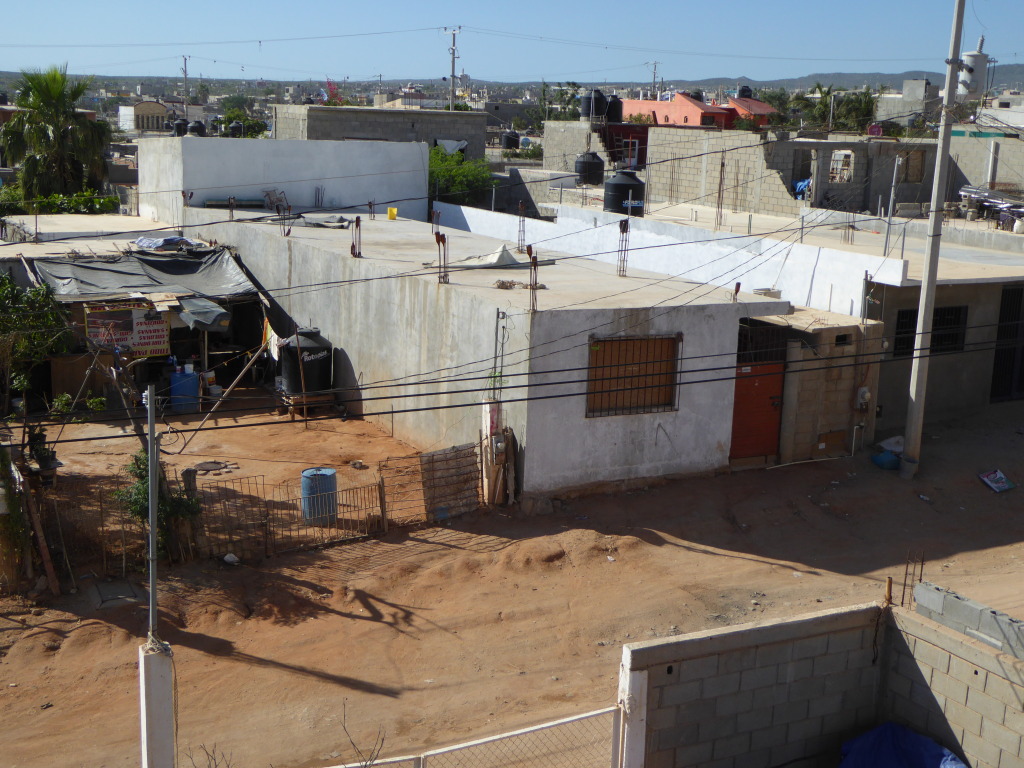 We really enjoyed our time with these lovely people and seeing first hand what they are doing in this part of the world.

Carbo still has a number of buildings etc that were damaged by the cyclone.  Steel frames of buildings just crumpled, trees uprooted etc.  We were meeting Ps Luis at McDonalds, but the golden arches had been blown down and the building not recognisable as a McDonalds with it being under construction – but we finally got there. 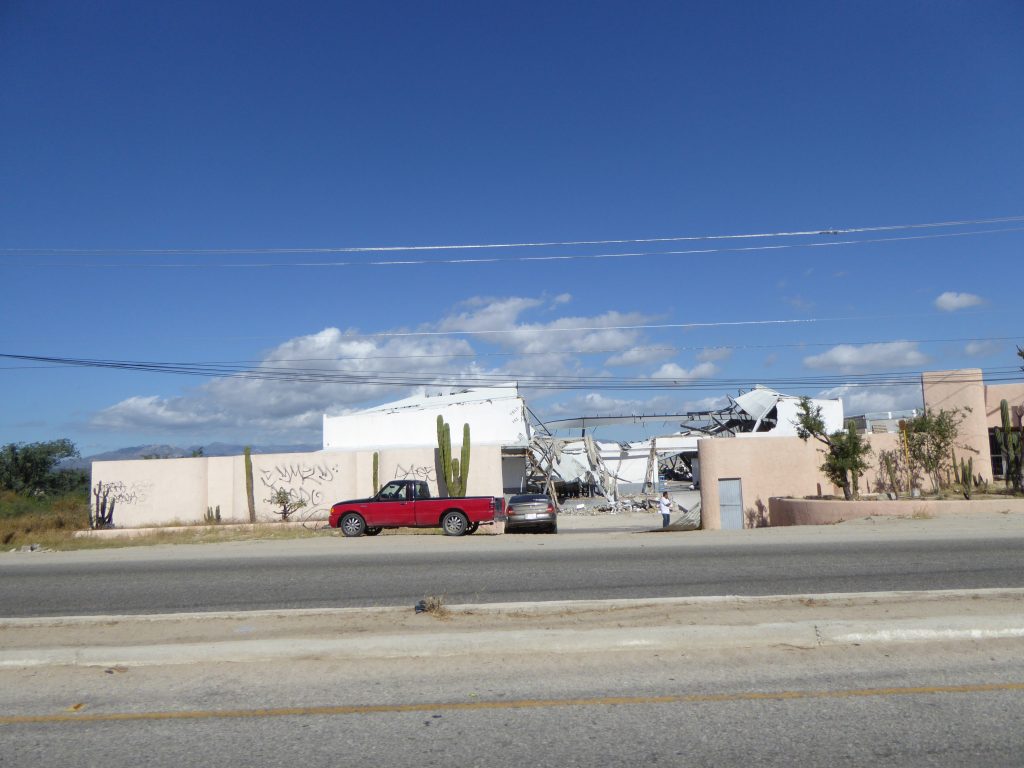 On the way to Carbo we stopped in at Todos Santos to see Hotel California – the locals claim that this is the one in the song, but the Eagles who wrote the song say it has nothing to do with that hotel, its about life in LA.  However it brings in the tourists and their money, including us 🙂 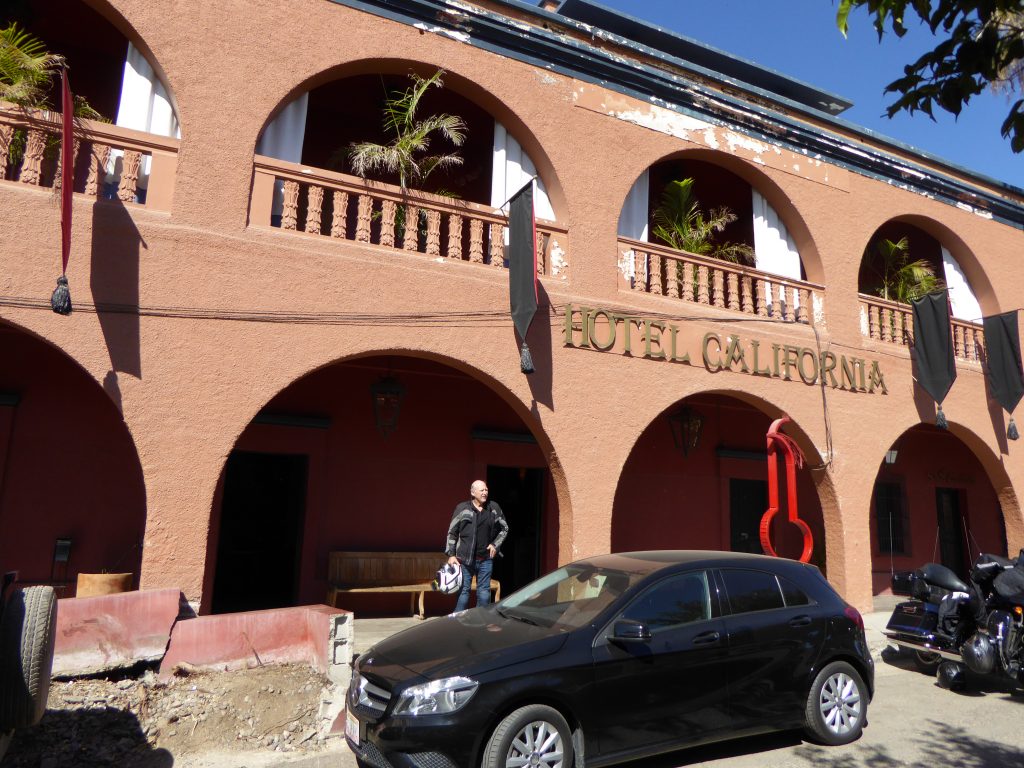 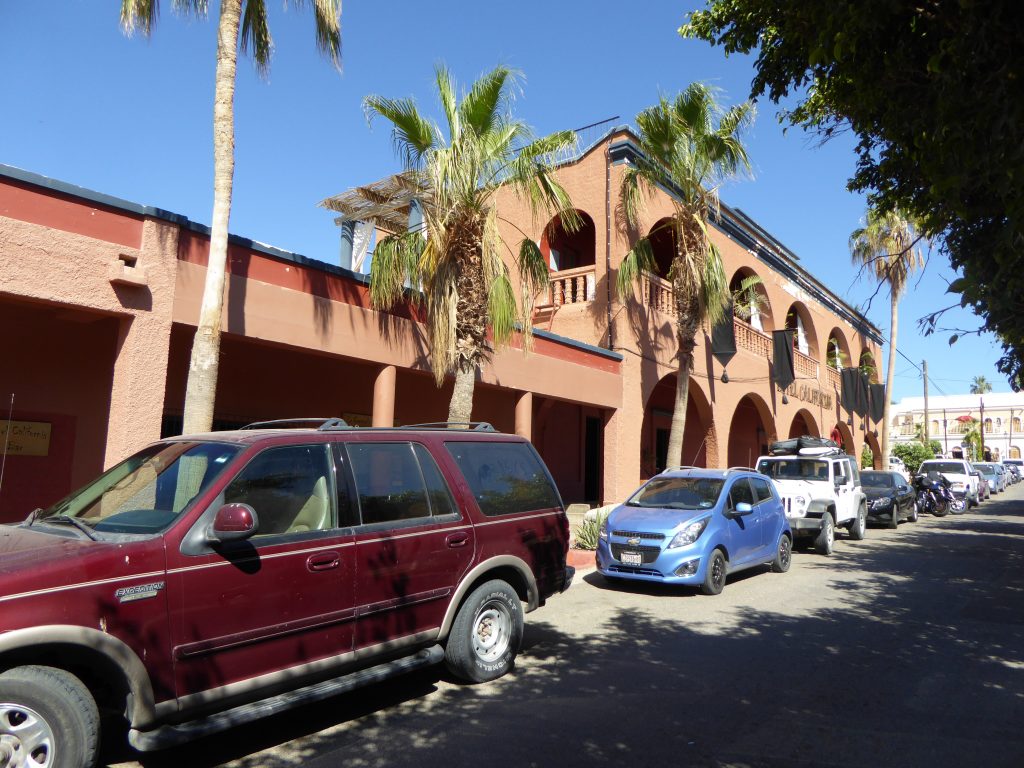 Rode back a different route to La Paz and got back about 7:00.

Having quite a lot of difficulty uploading photos with the limited wifi so not able to post every day. 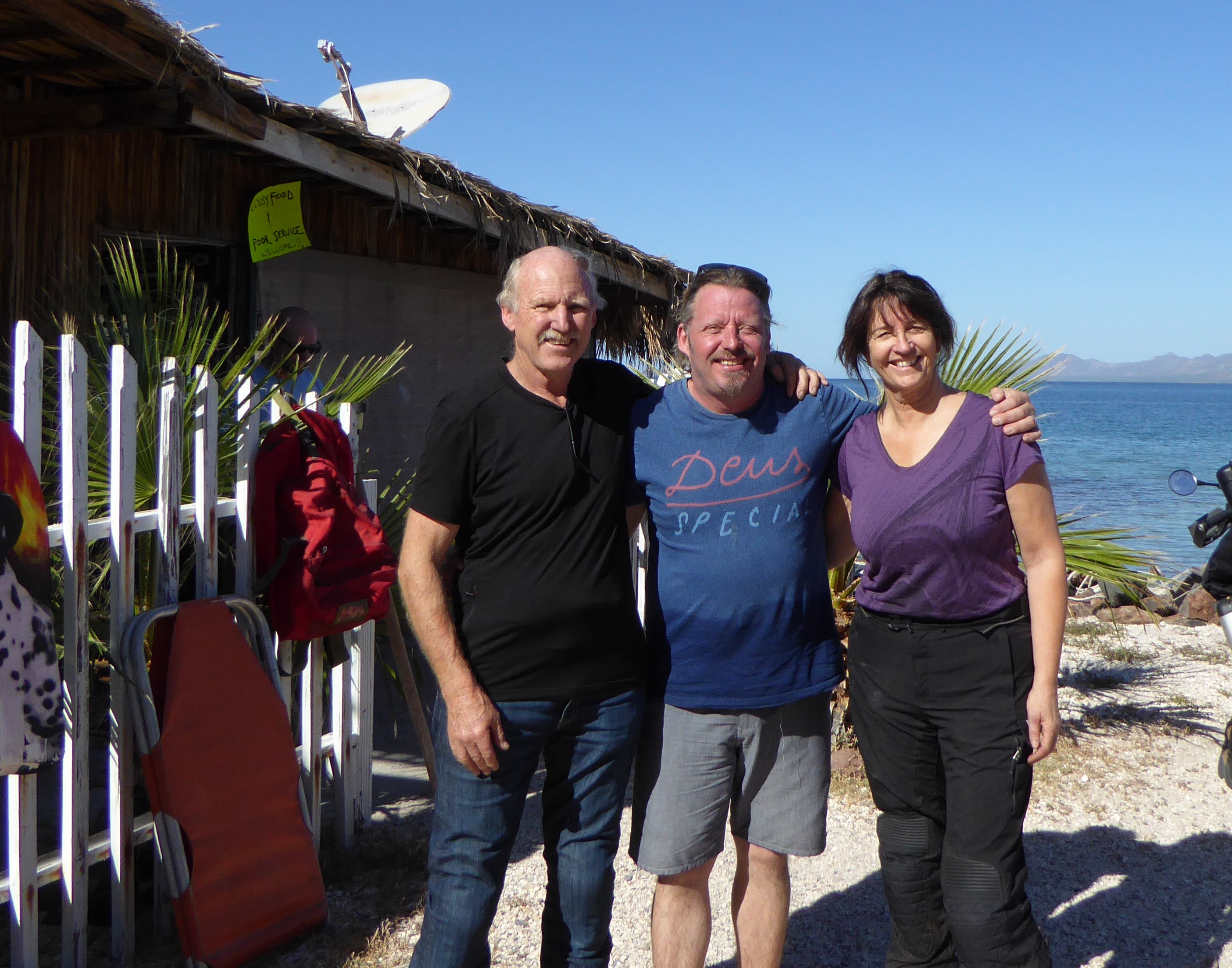 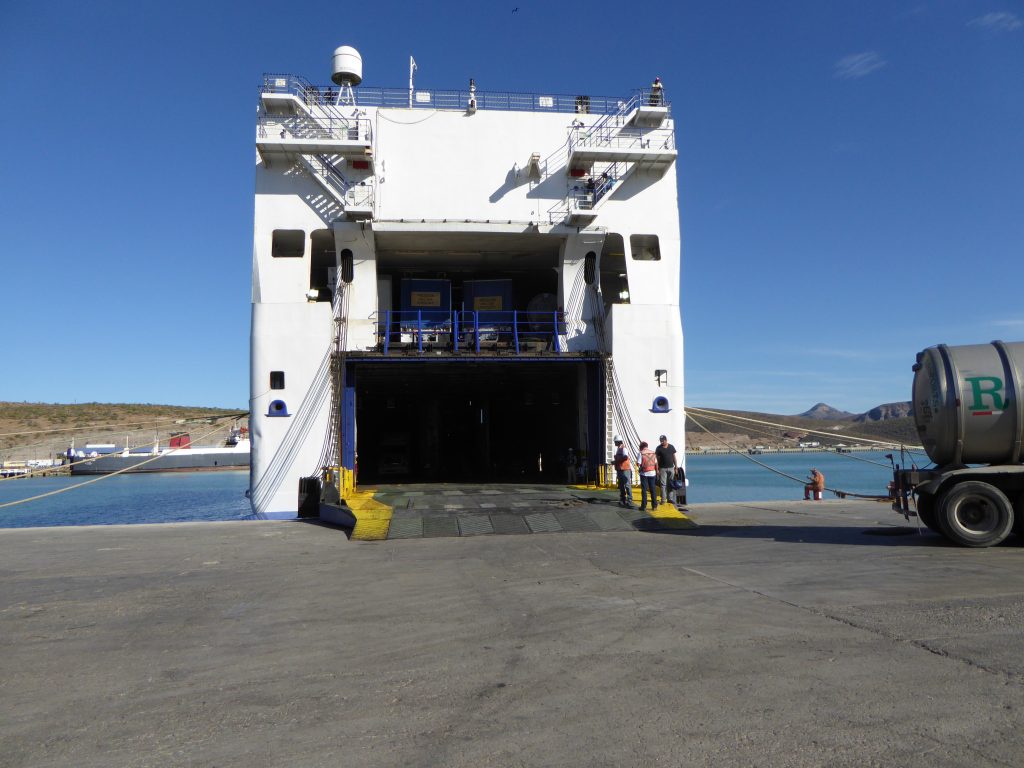