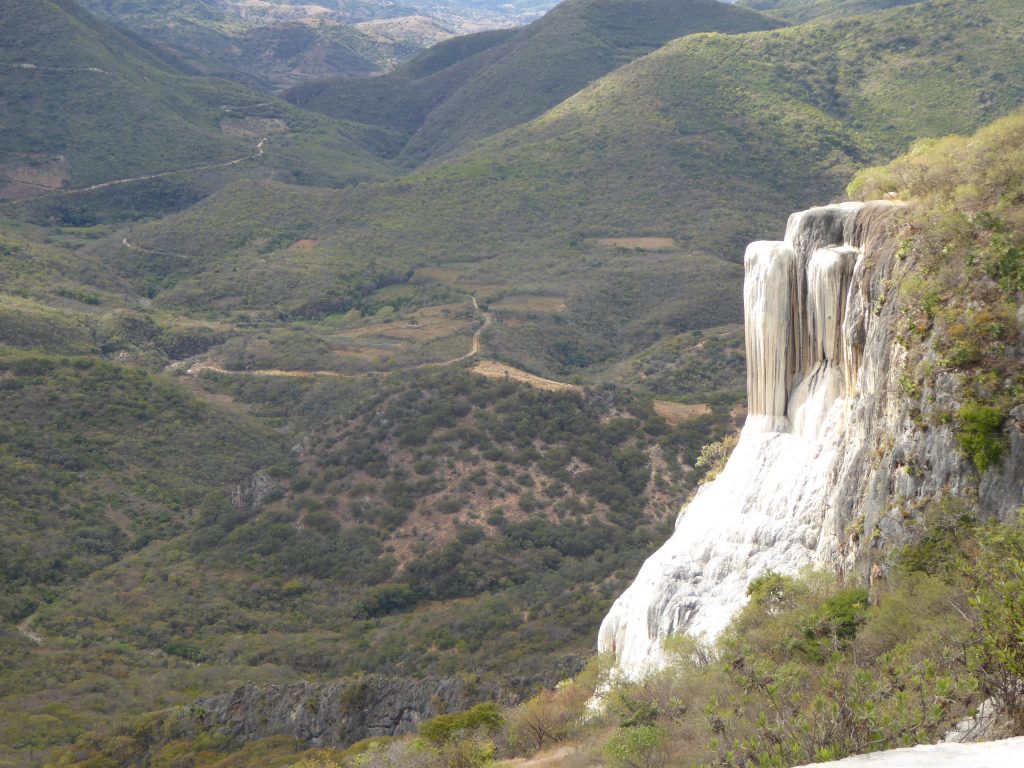 We were on the road just before 8:00 this morning to get out to Hierve el Agua before the crowds because the roads are narrow, winding, and the last part is dusty.  Once there we had the place to ourselves, which was lovely.

There are 4 natural springs on top of the cliff, and 2 infinity pools that you can swim in, one right on the edge of the cliff. 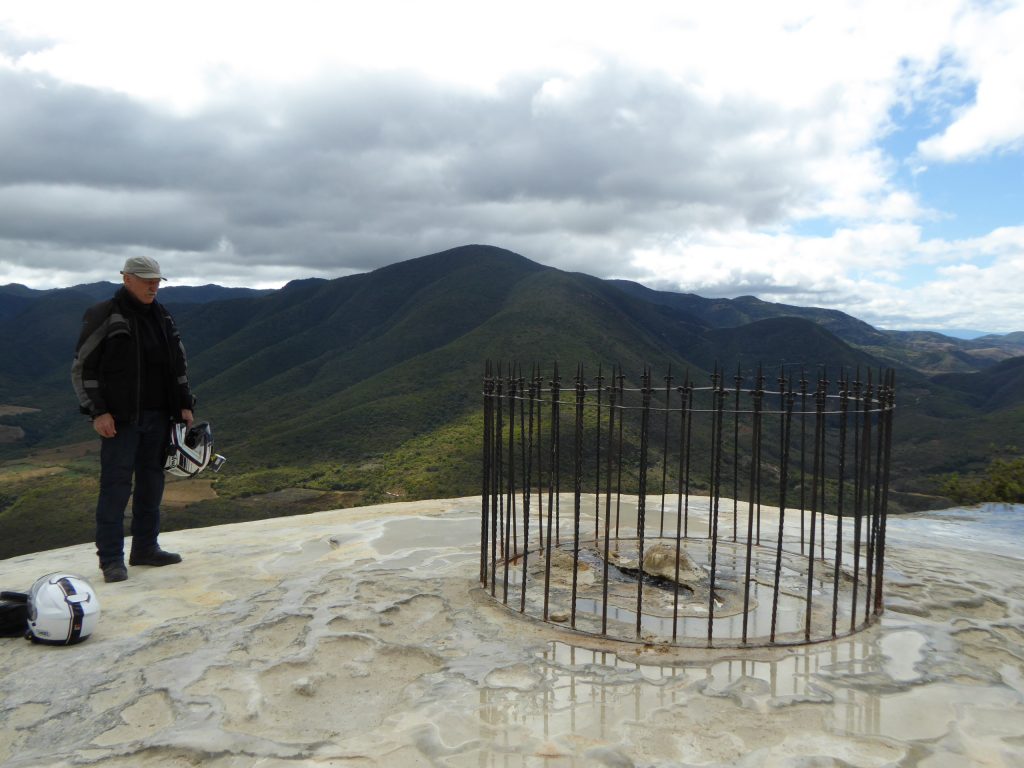 Having a “moment” while by myself in this beautiful place 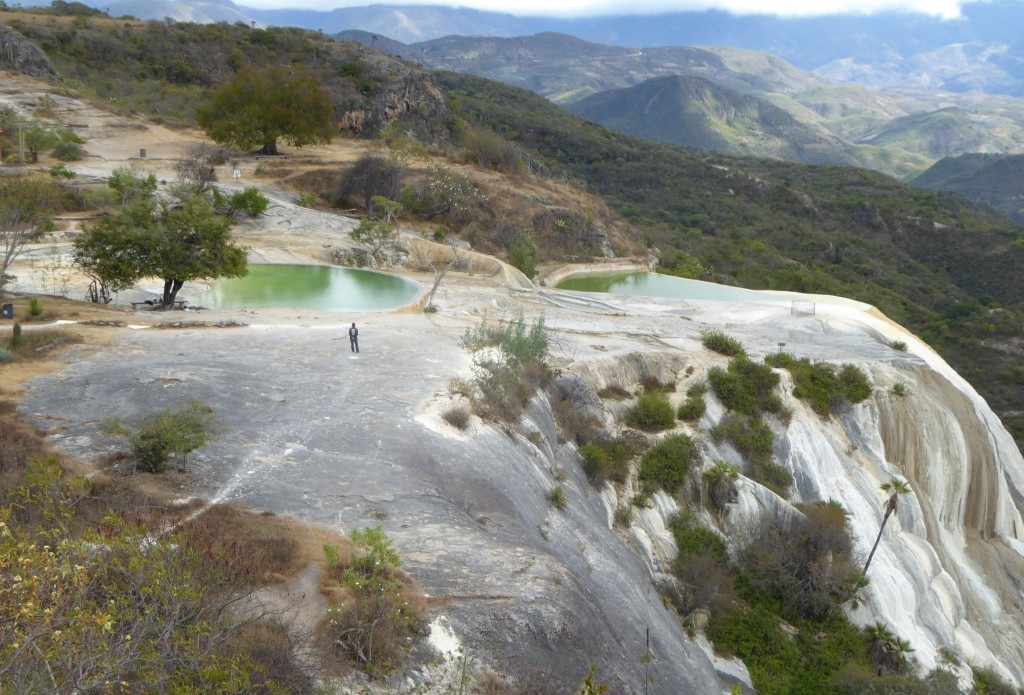 While Charlie went to stand on the top of this, a waterfall rock formation from the mineral water, 50m above the valley floor

…to take photos looking back 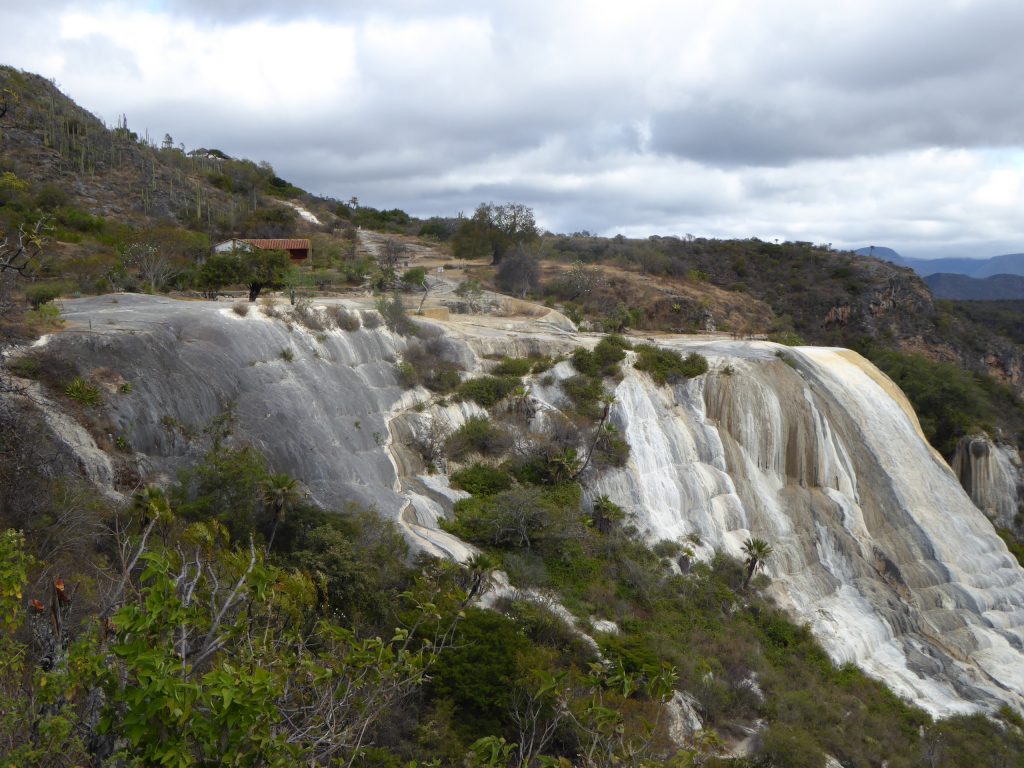 One of the pools 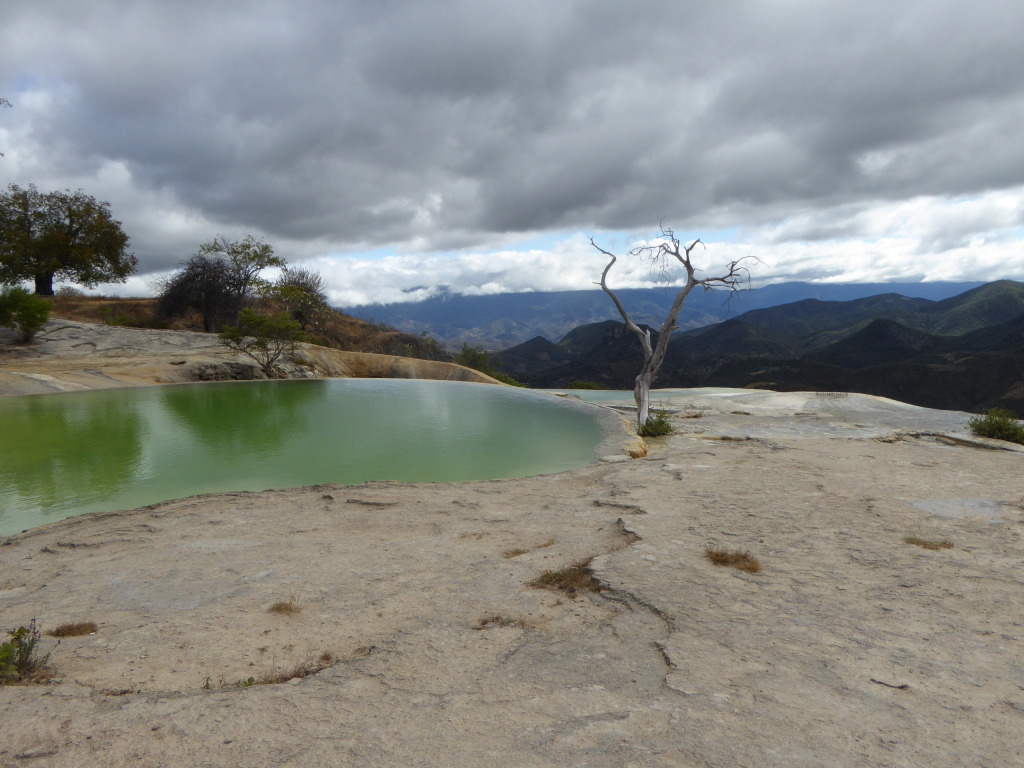 Part of the road 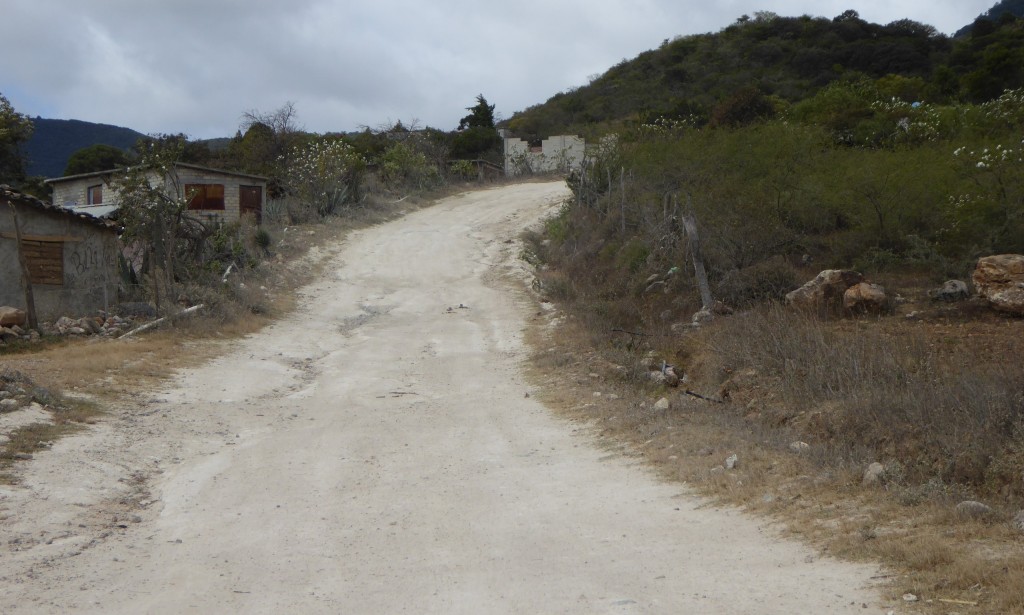 We made our way back down the hill again and connected on to the 190 to take us towards the coast.  The freeway ended and we were sent on a diversion.  The road was great to start with but started to deteriorate, to the point we stopped and asked if we were  on the right road “Si, si, derecho” (yes yes keep on going straight).  The road became even worse to the point we had to watch it constantly to pick our way so as to not bounce through the constant water-filled potholes.   So Charlie asked someone else, and he said “No you are about 50km in the wrong direction” !  So we about turned.  Eventually we learned there were two 190 routes, the current one about 50km away,  and the new one being constructed complete with all the signage etc.  The new road is going to be such a time saver.

And so we continued down the current 190 and it was a case of winding right then left, right then left, and the corners are the sort that just keep on going – as well as up and down, up and down, right and left (you get the idea) over several mountains. Feels like we have been cornering all day.  Very few straights until the very end.

Got into our hotel after dark and were both very weary but another scenic beautiful day. 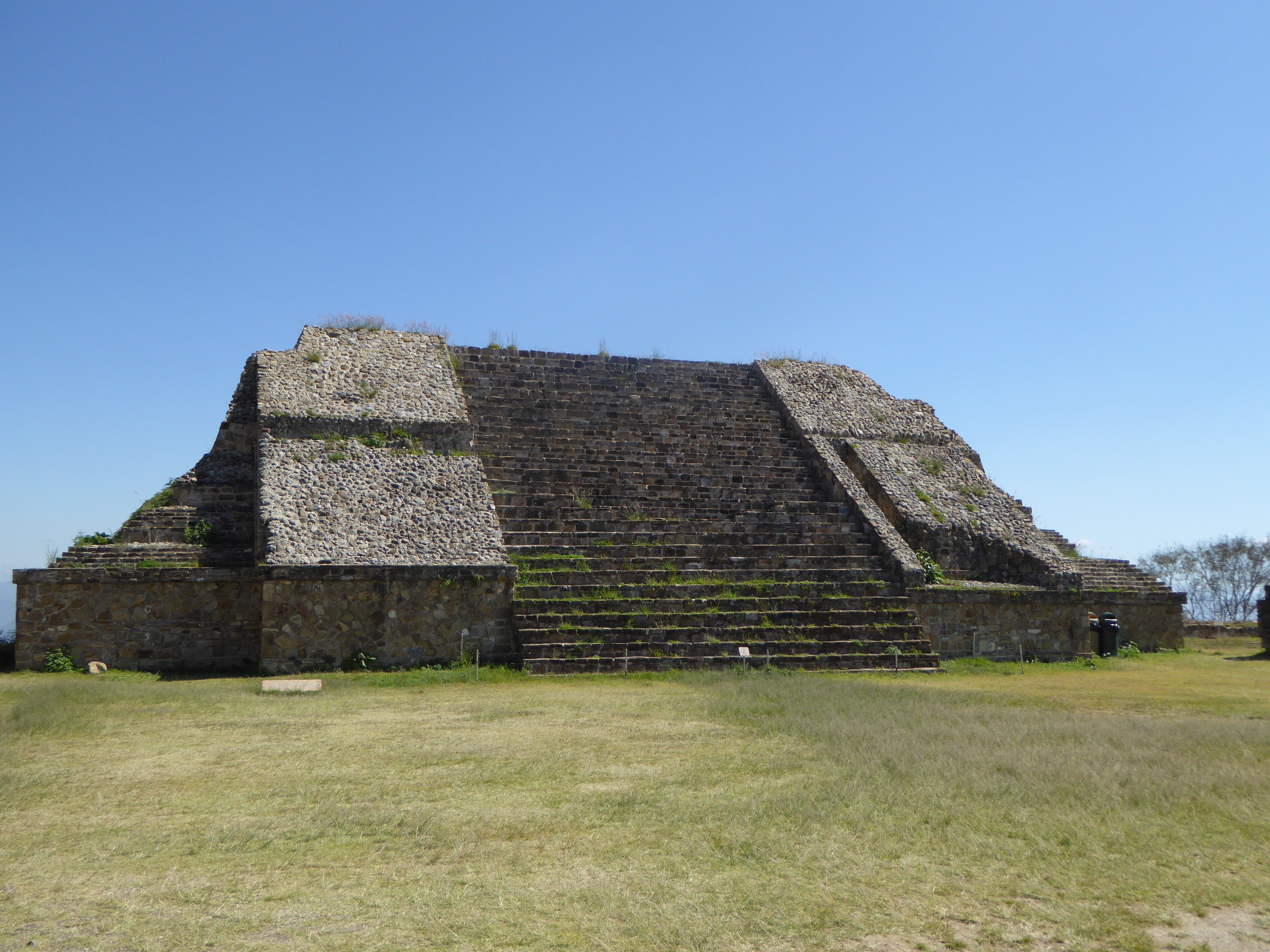 A day in Oaxaca 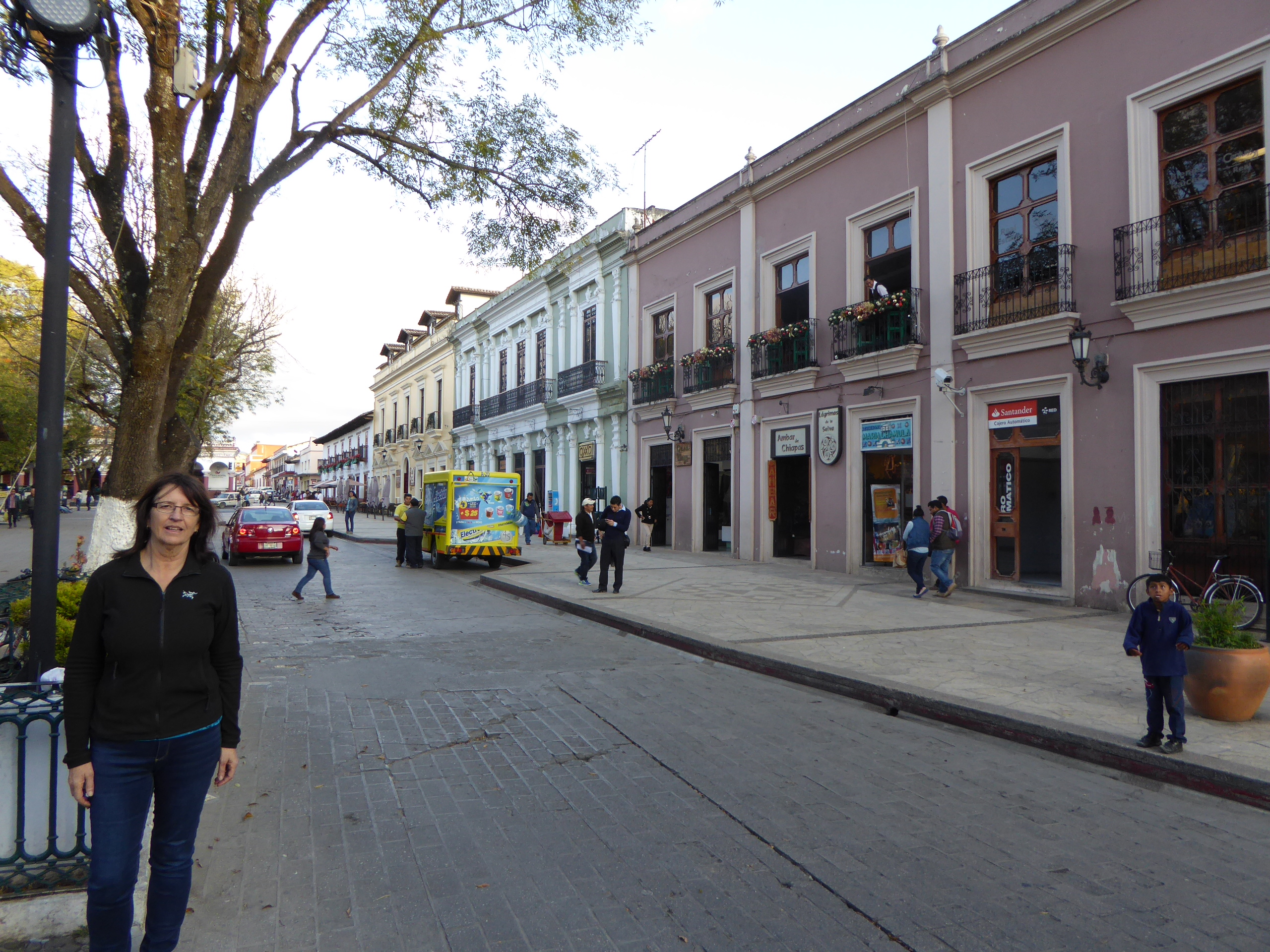