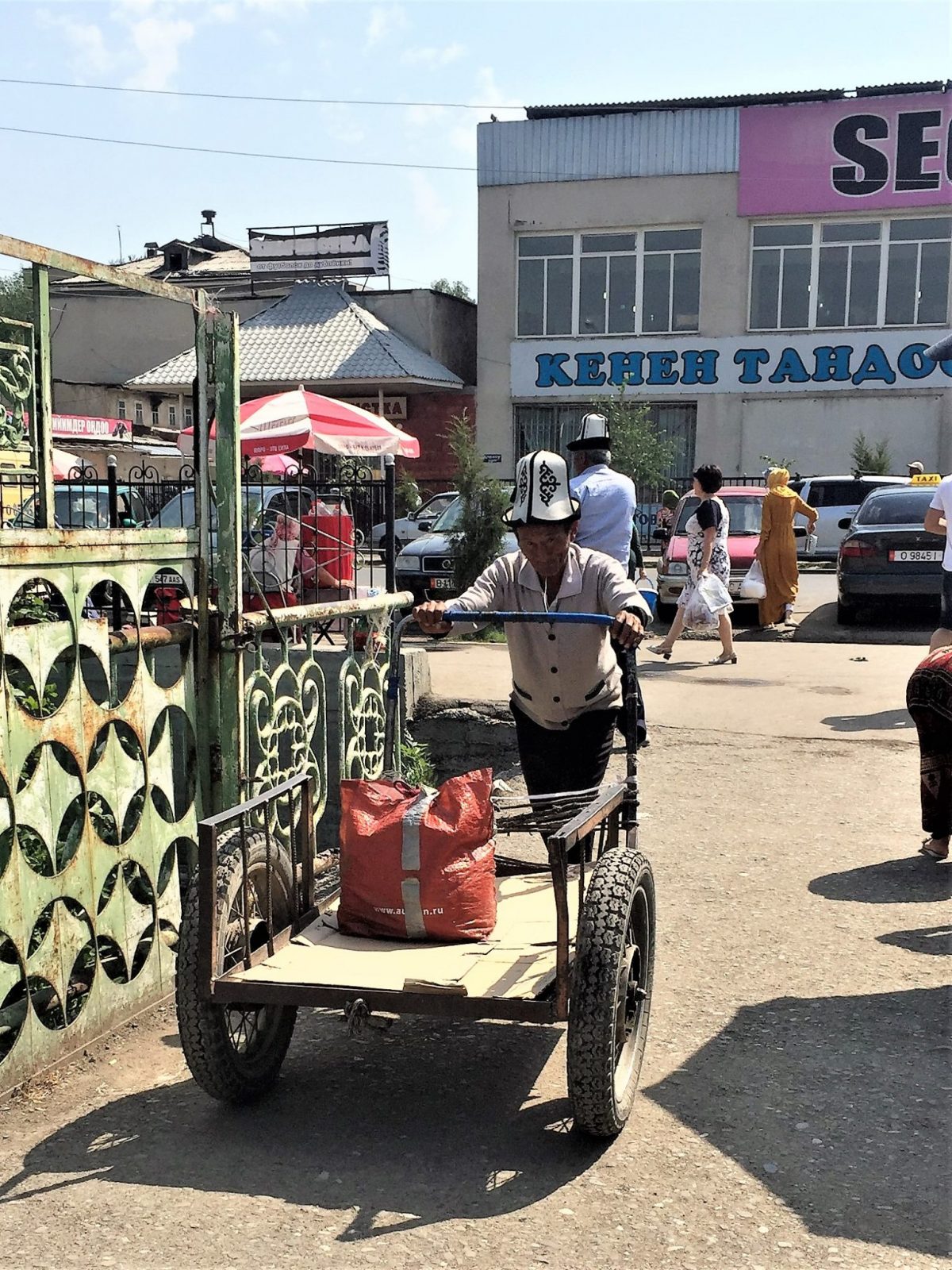 First we walked to the top of the lookout, Suleiman Too – it’s been a pilgrimage for Muslims for centuries and very popular today when we were there. 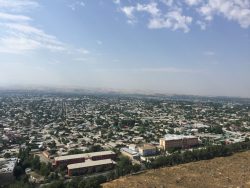 I asked if I could take their photo and they were delighted to oblige, especially the man, he straightened his shirt and posed.  I was impressed with the number of older people who had managed the climb to the top. 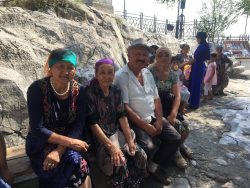 We then walked to Osh Market – we really stood out there because of our clothes apart from anything else, nearly all the women were in traditional clothing.  I loved the atmosphere and the smells – especially the open bags of spices. 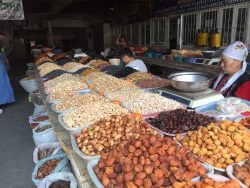 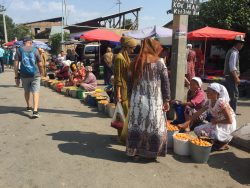 All sitting together selling their apricots. 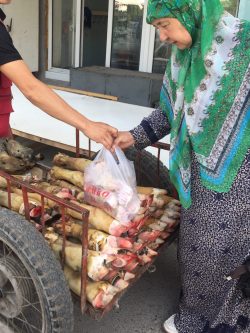 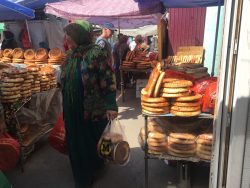 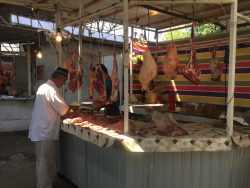 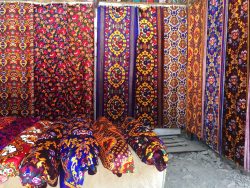 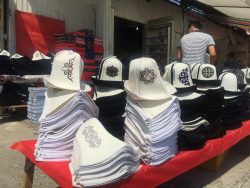 Traditional men’s hats, see them everywhere – I think Jordan would look great in one of these. 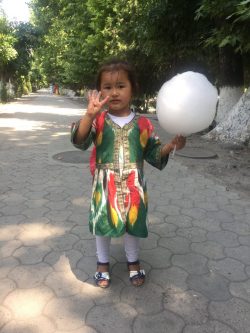 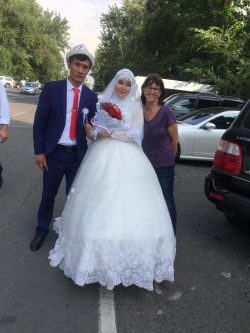 I asked if I could take their photo, they insisted I be in it. 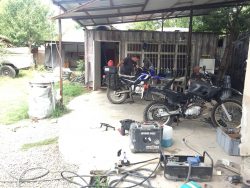 Got our bikes serviced at MuzzToo – a popular destination here – nice bunch of guys.

While in Osh we learned that the route through the Pamirs that we were planning to take had been closed due to being blocked by two big landslides from recent heavy rain, that part of the road had been washed away, and another part was under water.  The northern route has also been blocked by a landslide and has been described to us by a few different people that we have met as “the road from hell”.  However, some friends have just come from that way and they got through so we met up with them to see what their route had been.  They said the road was gravel, flat wide and easy and sent some photos which showed that it was an easy road – however I have a small voice of caution inside of me which has served me well over the years and so I am going to listen to that.  We have decided to re-route from Osh to Dushanbe, still going through mountains but just taking a less travelled route. 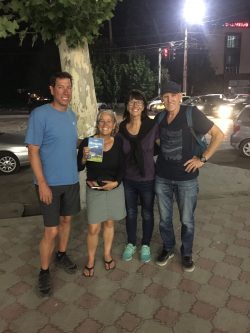 Sara and Dan – these guys are legends, they have been travelling now for 5 years, spending a bit of time each year back home in Canada.  We first made contact with them when we were all doing The Americas but didn’t actually get to meet up.

Last night we were both really really sick from bad food – the annoying thing is the place where we had bought lunch was very clean looking and westernised, unlike some of the places we have eaten!  Feeling totally wasted today so have taken an extra day in Osh.  Originally we were working our timing back from our entry into Uzbekistan which is date-specific, but now that we have changed our route we have extra days on hand.  First time being unwell, so are doing okay. 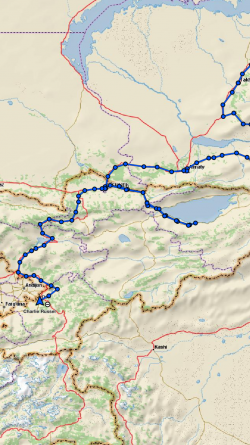 Our route through Krygyzstan – have really enjoyed this country.

Tomorrow we head to Tajikistan. 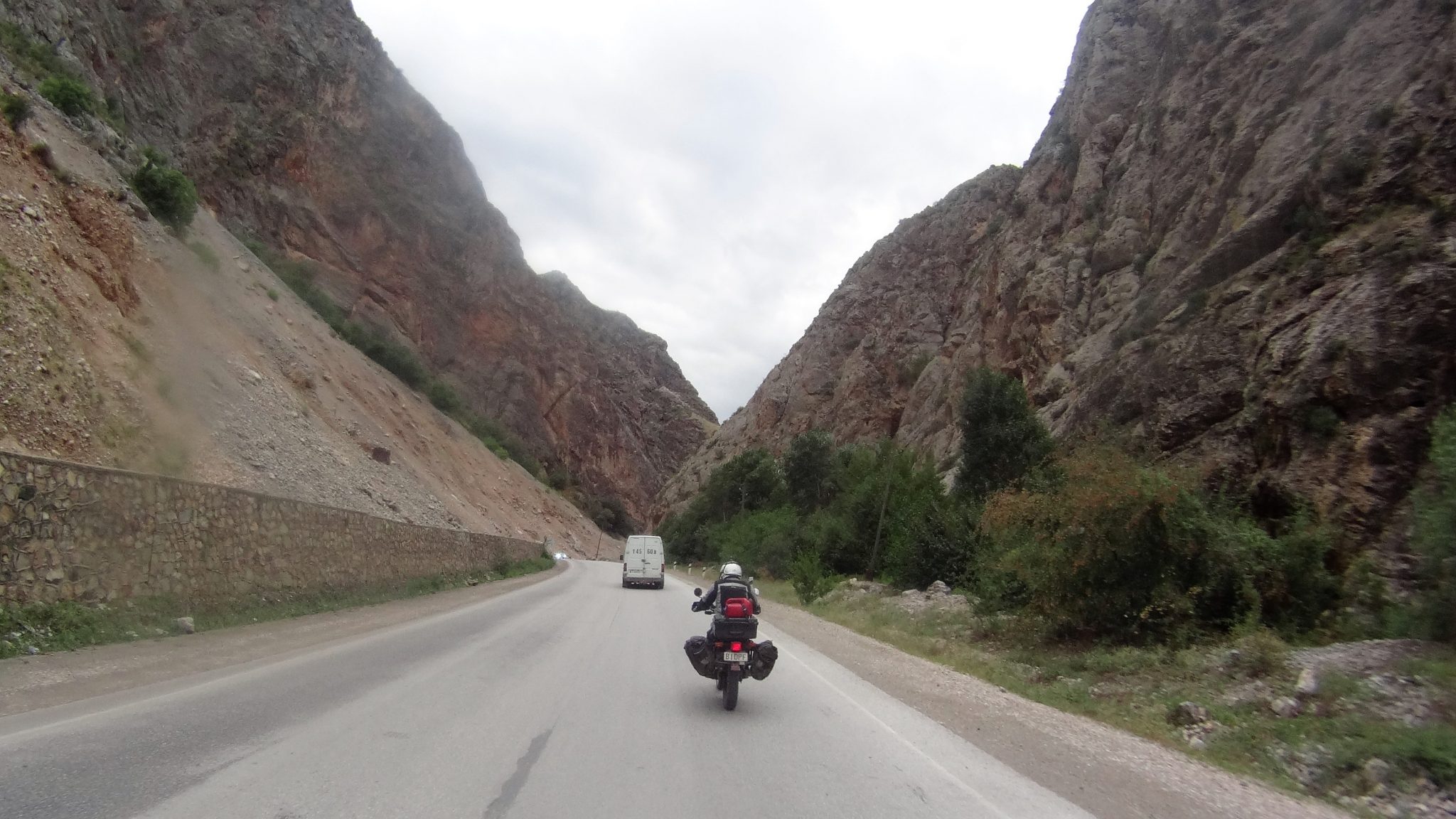 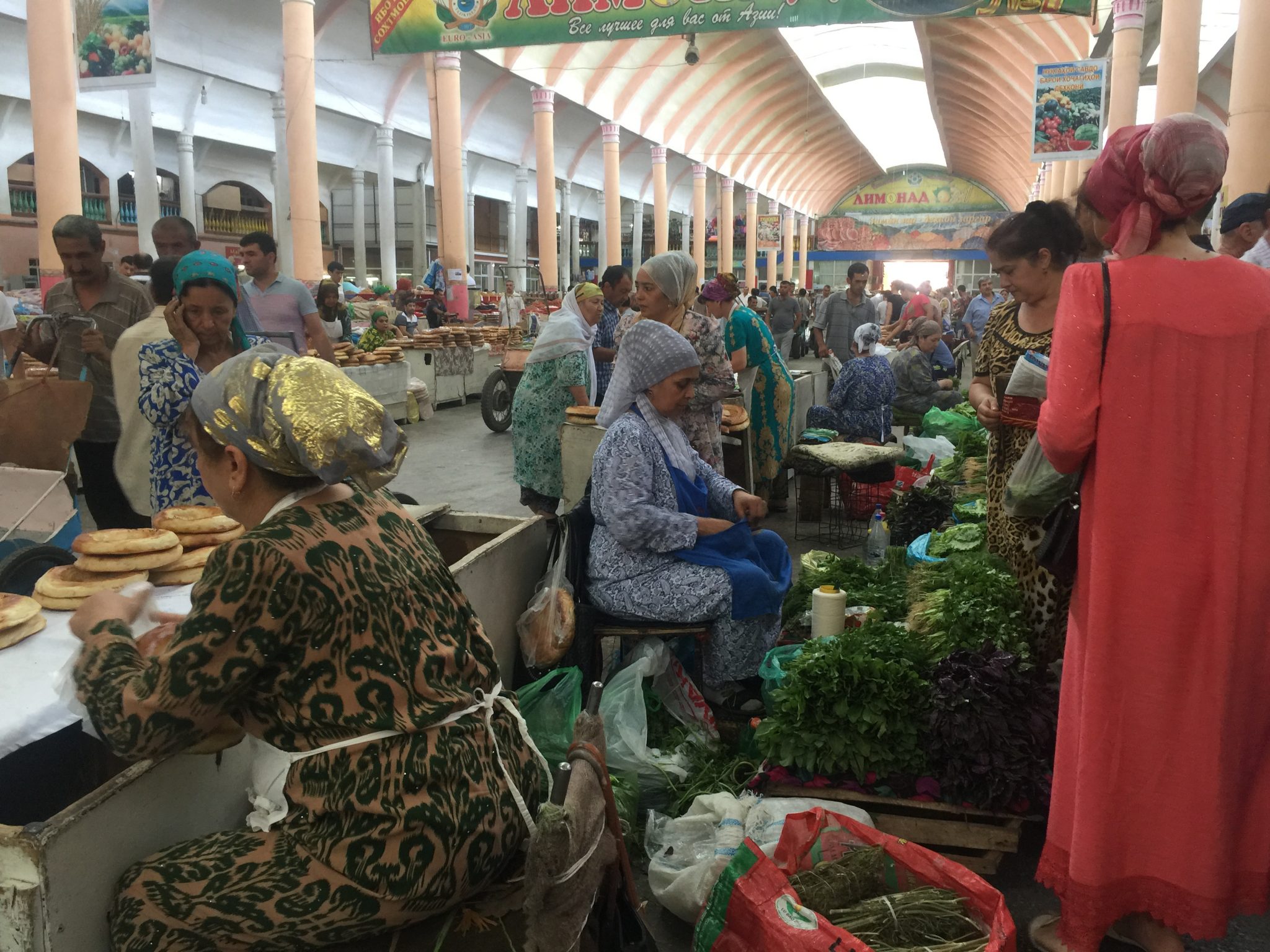