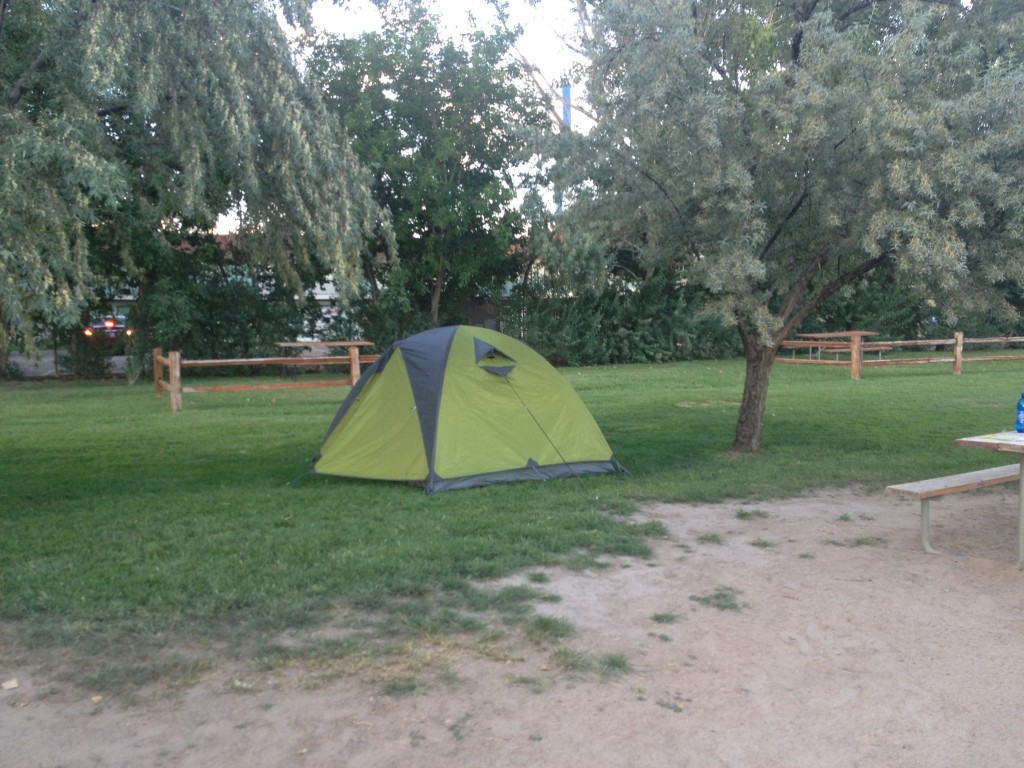 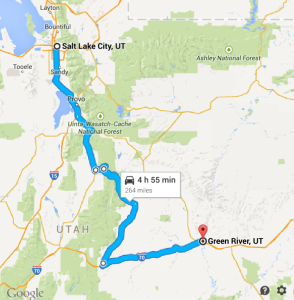 Good start time, lovely morning, quiet roads, then about 60km out Charlie did his check – wallet yes, phone yes, oh no passports left at the hotel.  Janet…we have to go back!!   Against all desire, it was on the Interstate back to the city with all the traffic, and then, got held up with a bikers rally consisting of 100’s of bikes with police escort and everybody just had to stop for them regardless of whether you had the green light.  It’s what happens when you are trying to do a quick turn around.

We left Salt Lake City again via the Interstate and 70km later when we turned off to pick up a couple of scenic routes, we still hadn’t left the city – then we saw the familiar signs “Rocks falling” “Watch for deer” and we thought, now this is more like it.

We climbed up over a mountain pass and found a mecca for quad bikers – the tracks wound around through the hills and past mountain lakes for miles.  People were camping all over the place.

Some footage of the road to Green River…

When we started planning this trip I said to Charlie that I wanted to do some camping – he was totally against it far preferring motels, but we got a tent etc and so had our first night in the tent tonight.

Had to re-read the instructions to put it up, simple as it is, then it was a laugh as we sorted our mattresses and ourselves.  Talk about novice campers – in fact once it was all up and filled with our gear, we found we were too far away from the power to recharge everything, so had to move the tent.  Fortunately we could just pull it over to where we needed it.  Actually it was all fun. Even Charlie was happy 🙂 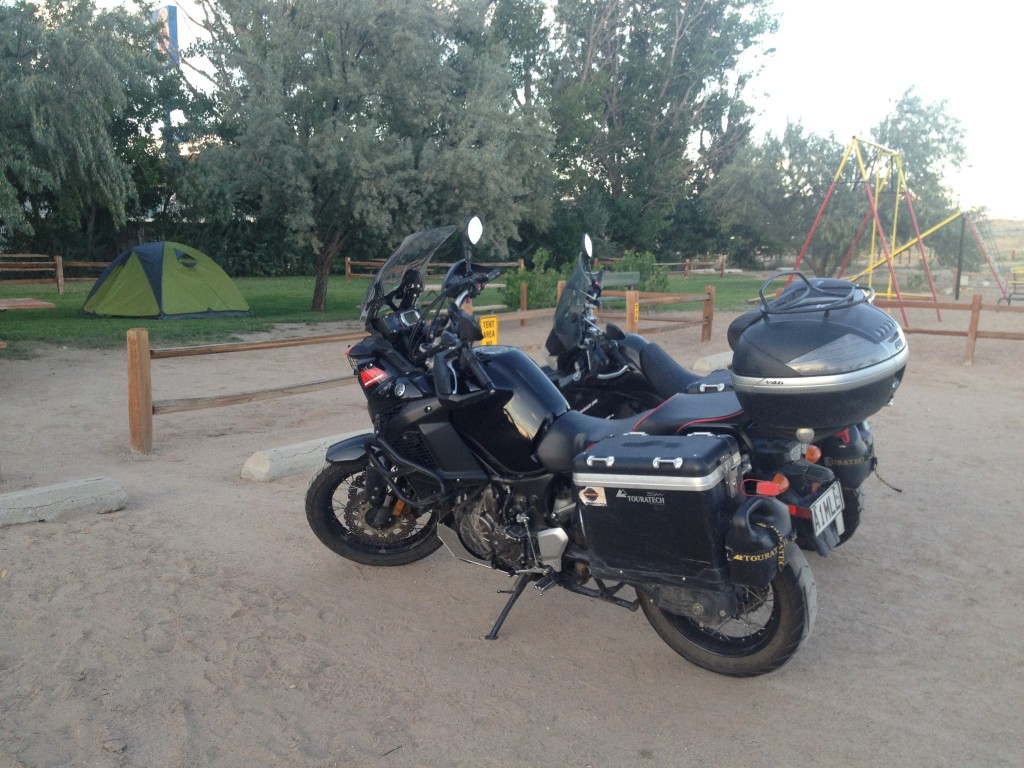 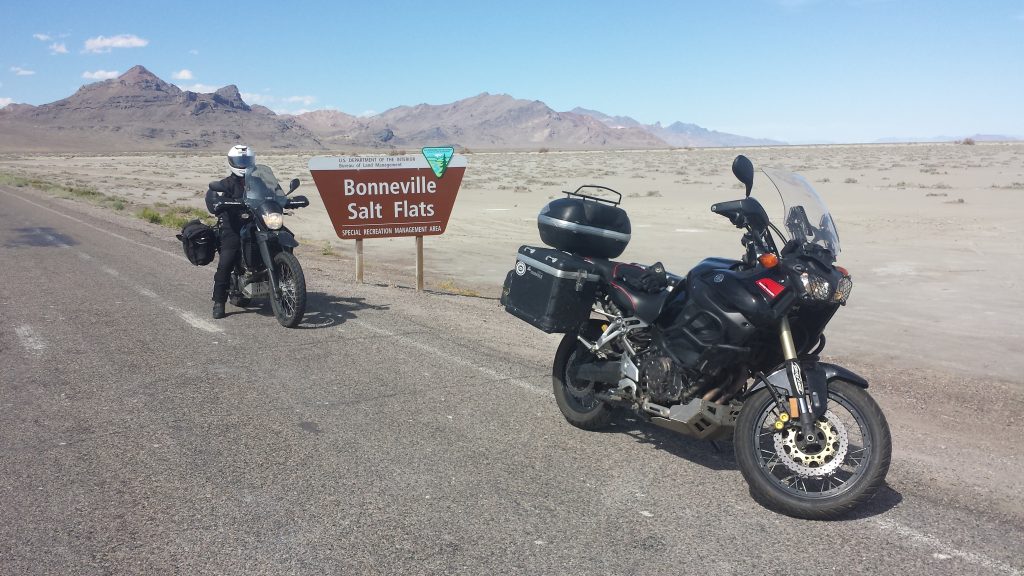 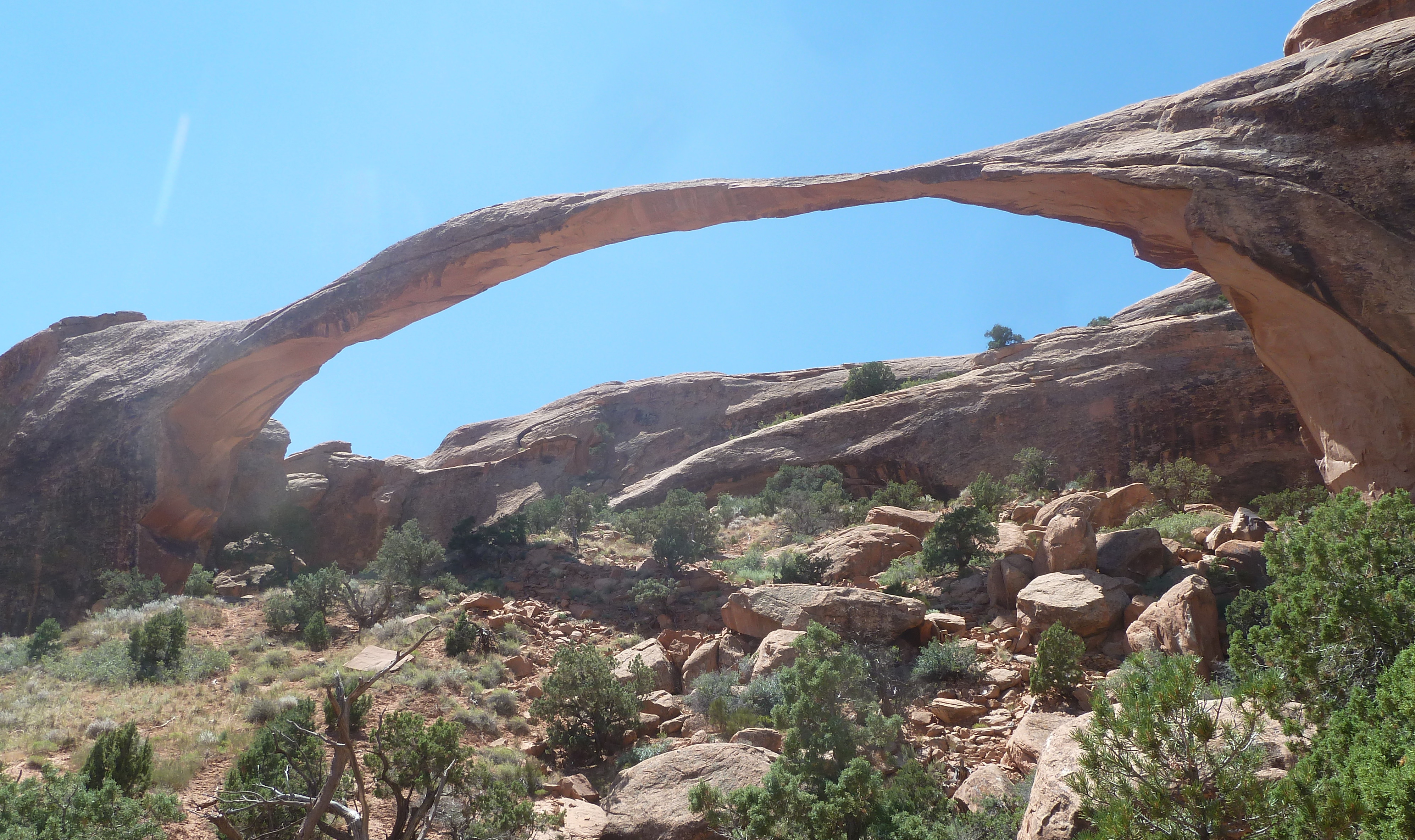