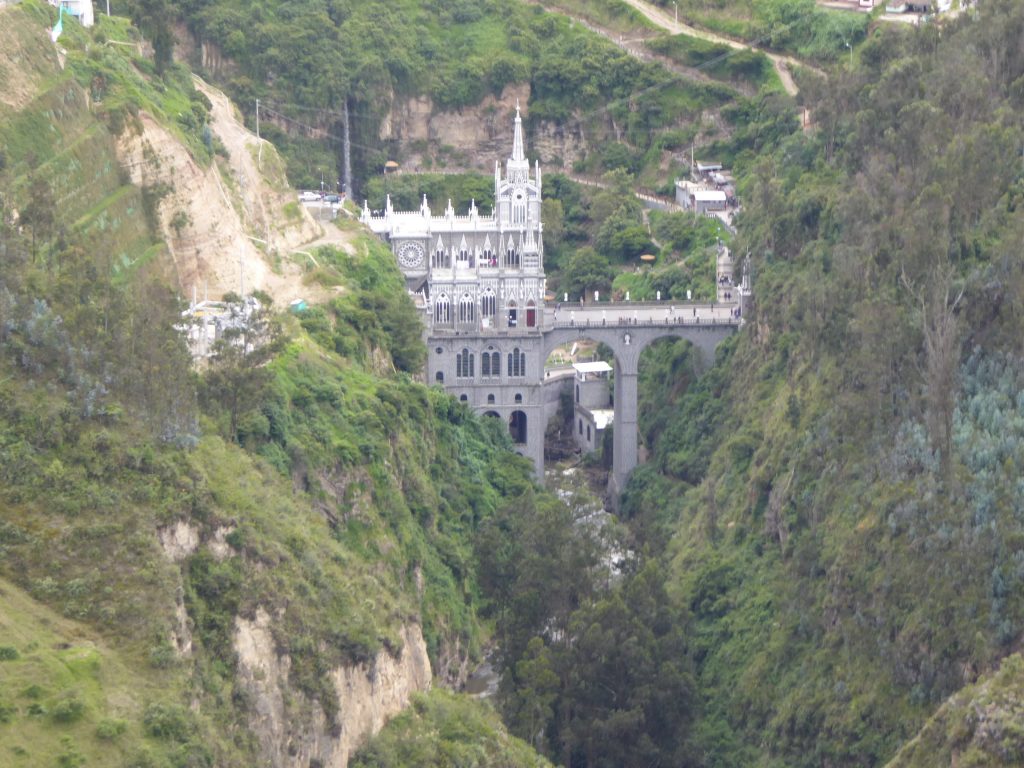 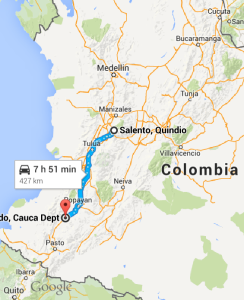 On the road by 8:00am just because we were ready to go.

Started off with banana plantations, then acres of sugar – saw a few road trains 4 trailers long carrying the sugarcane harvest.

The road was a two-laned highway for many miles and so we made the best time per mileage that we have done in Columbia.  In fact we reached our destination too early and so decided to continue on a bit further – and then of course we got this… 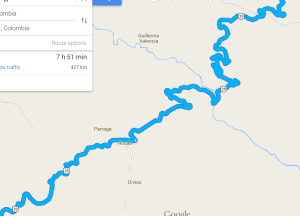 The scale doesn’t show all the corners but you get the idea.  Add to that the large number of trucks and it suddenly became a “conquer that space” overtake, overtake!!  It’s times like these that I love the quick response of my throttle.

The views were amazing though – not that we stopped often to take photos because all those trucks would pass us again! 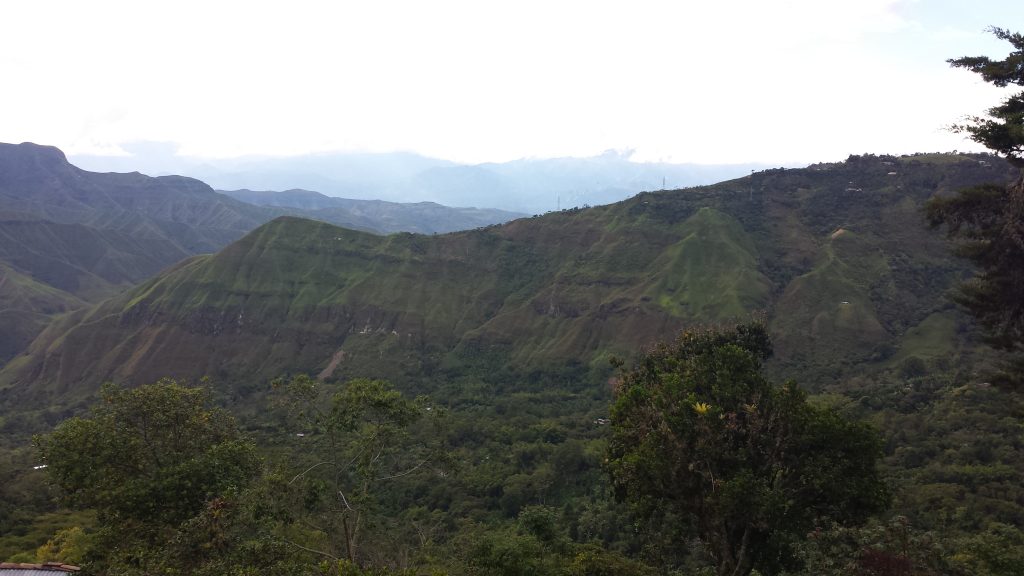 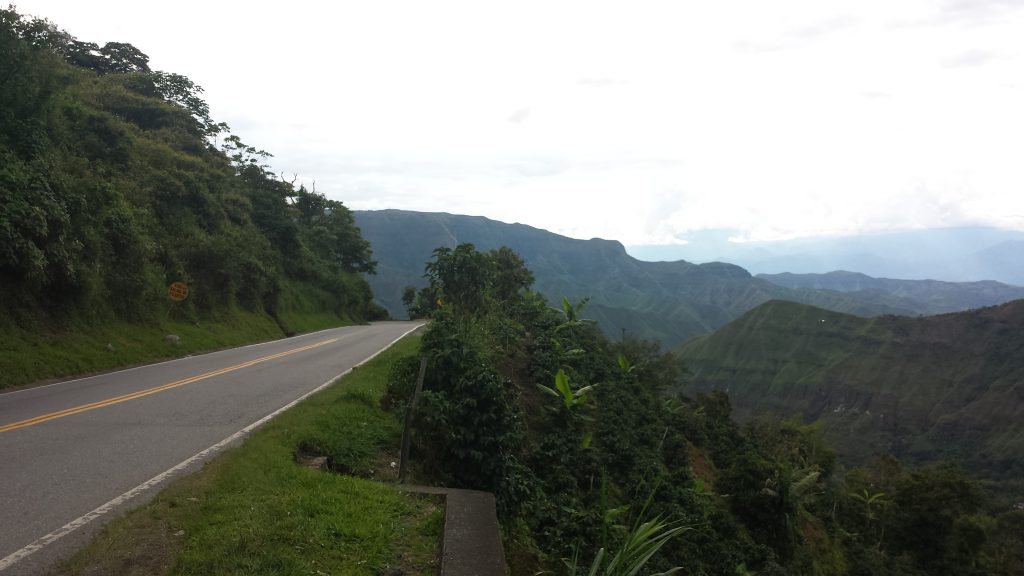 The Latin Americans love their dogs 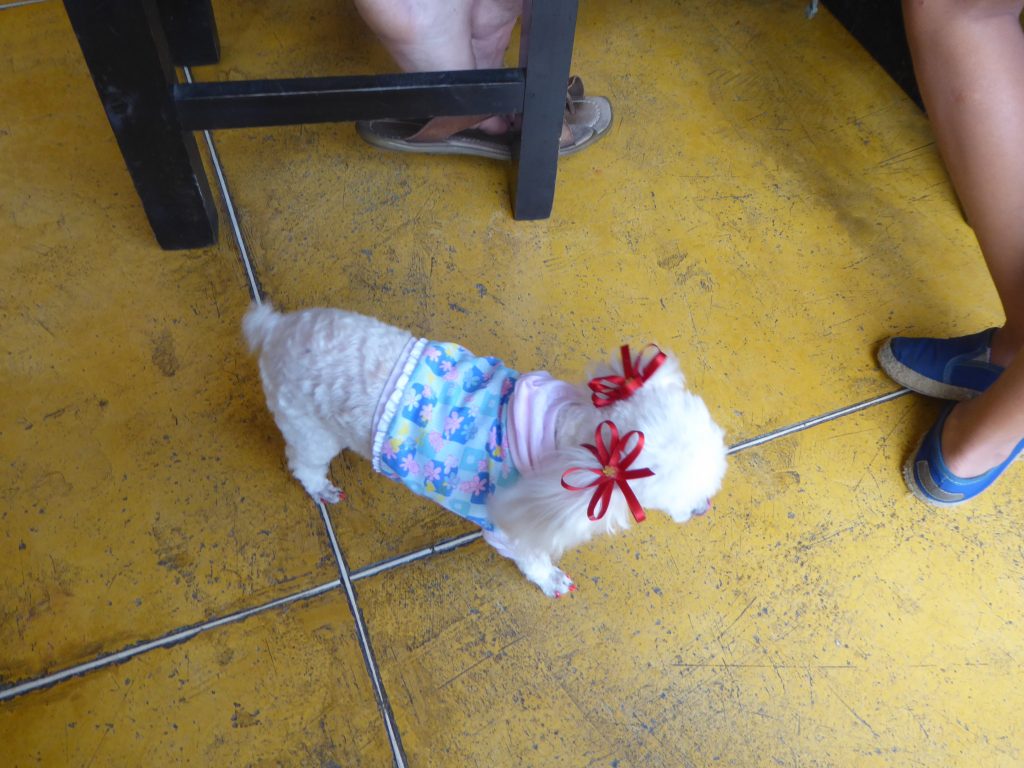 We saw a large one on the knee of a passenger on the back of a bike today.  See all sorts of things being transported on bikes – a ladder, dozens of eggs, long pieces of pipe and timber, a trike, all sorts.

Secure parking in our $12/night hotel 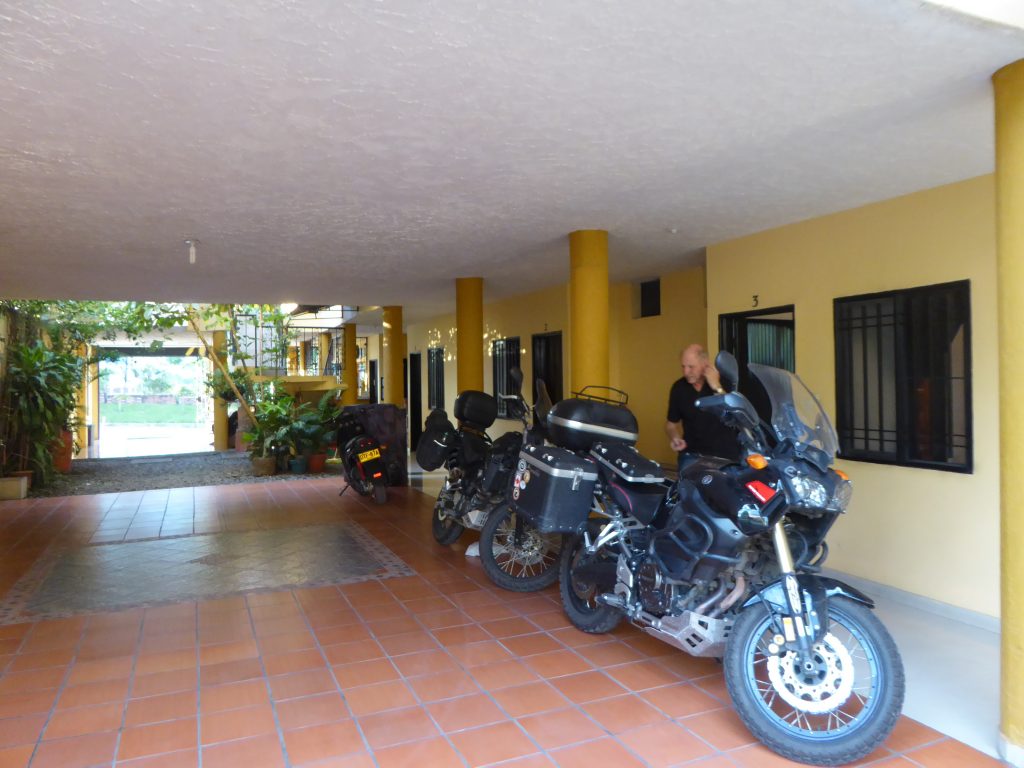 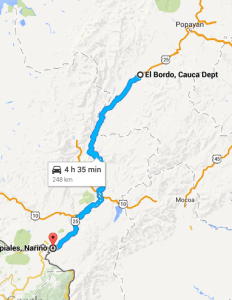 What an outstanding scenic ride today!!  Wow!!  The road was good most of the time, with enough room to pass trucks safely, the temps were just right – a great days ride.

A small sample of photos – how many photos can you take of mountains and incredible views.  Every time we crested the next mountain, another whole new vista opened up – all day. 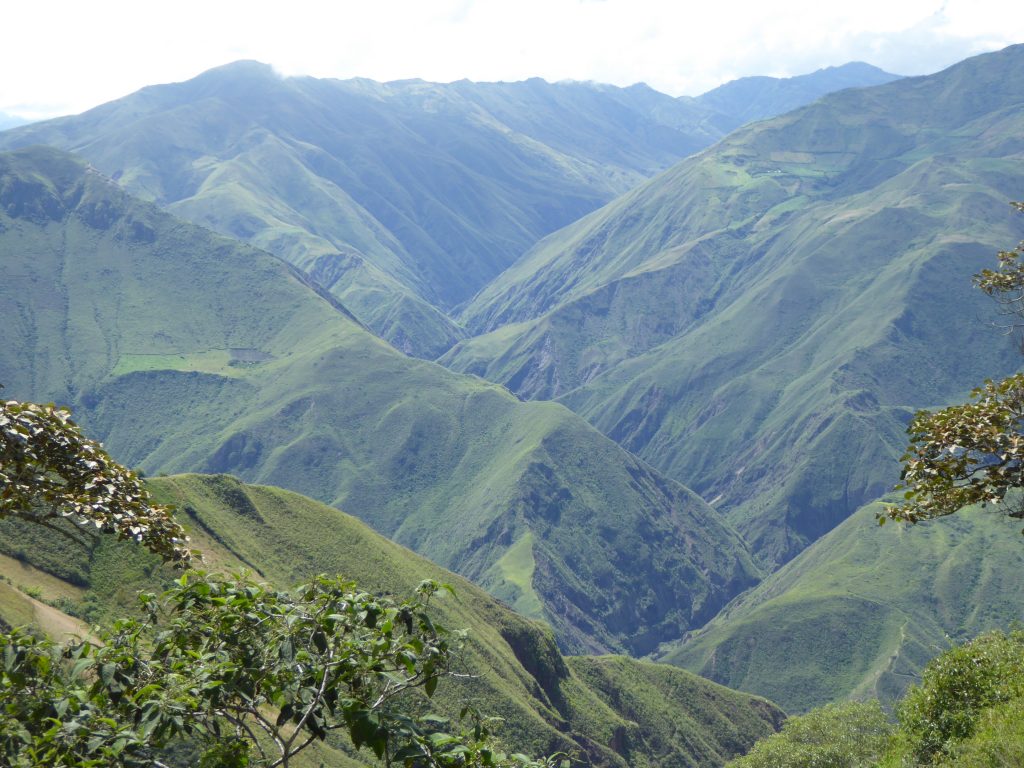 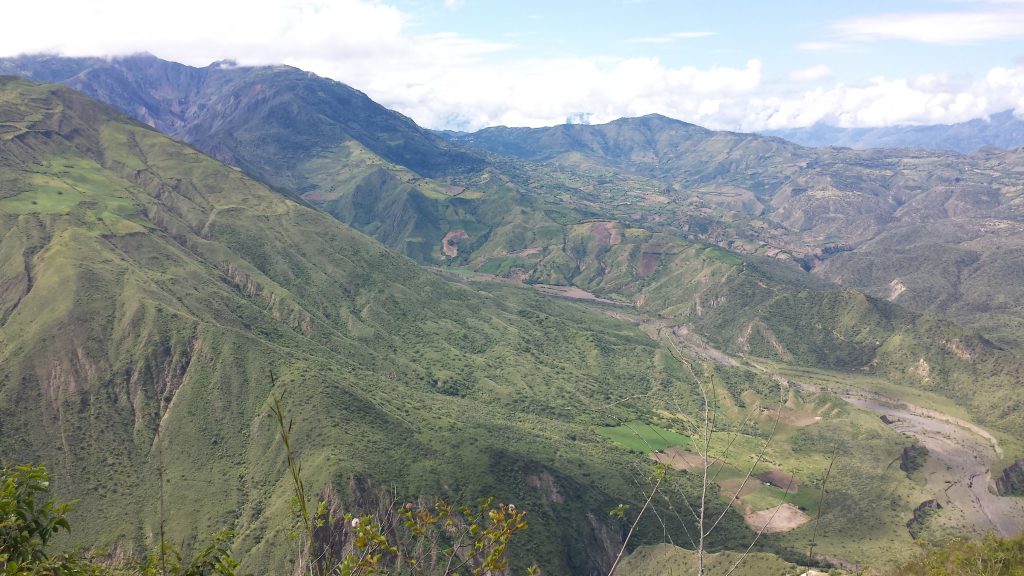 Crops right up the mountains 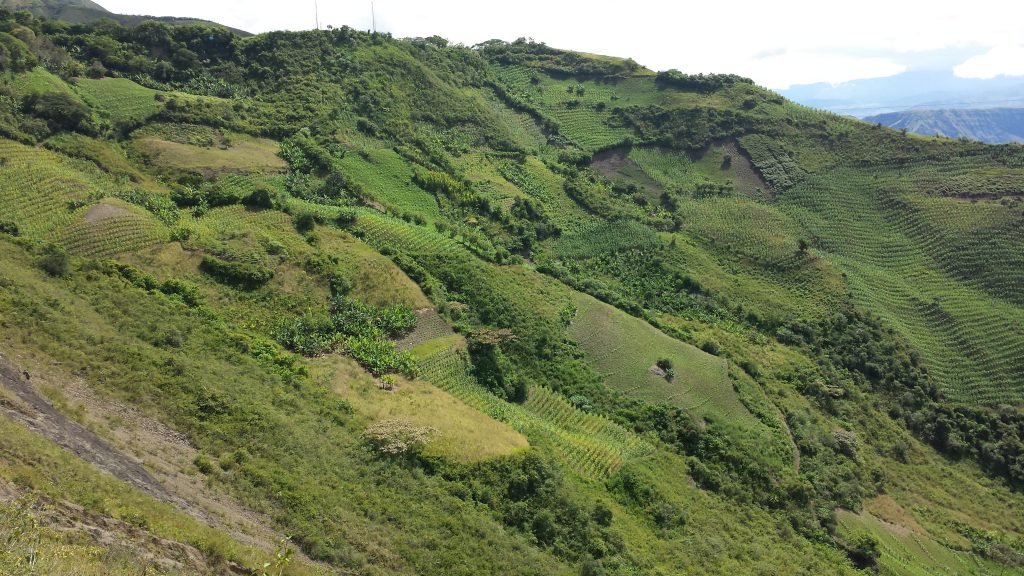 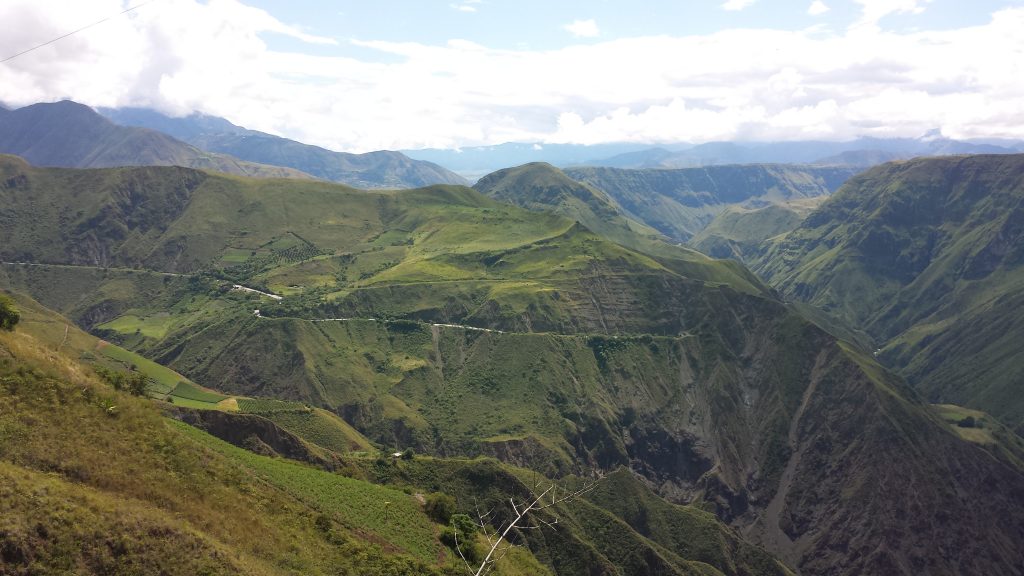 Video: Riding through a Columbian village.

Video:  Riding through the Andes

There is some sort of New Year fiesta at this time of year where the people make up stuffed guys with papermache faces and hands, ugly looking.  They put ropes up across the road so you have to stop and they ask for money.  Mostly they just let us pass, but in one town they had a long piece of wood – they separated us by letting Charlie through but then held me back and were very aggressive.  I tried the smile, that didn’t work, so I just hardened up and said Policia! – yep that did it, they let me through.

Some stalls of the more handsome looking guys and body parts. 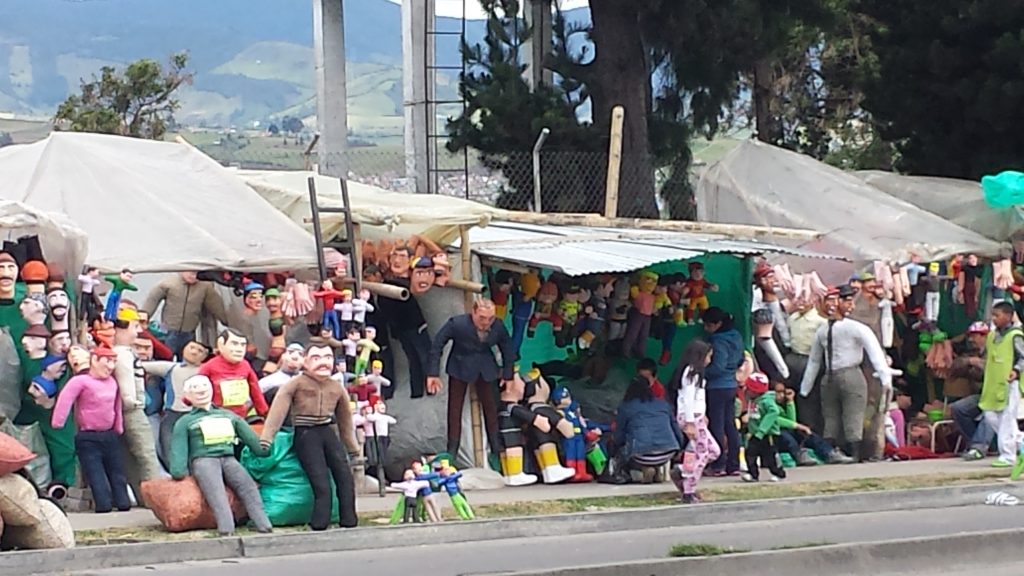 Balancing eggs on one hand as he rides off 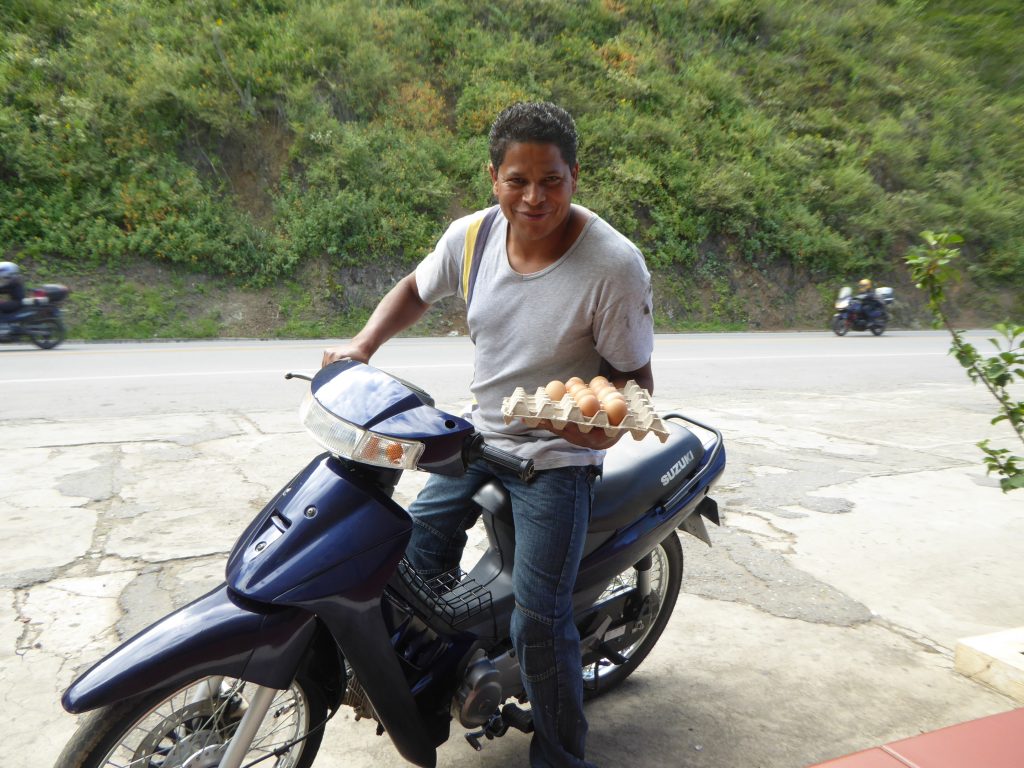 We were needing some petrol and noticed that most of the stations were either closed or had long queues.  We found one with Premium petrol but as soon as he filled us both up, they closed their station down too.  Guess the petrol tankers haven’t been around this area for a while.  For us, it was yet again God’s favour.

We arrived at Ipiales, sorted our hotel, then headed straight for Las Lajas Church 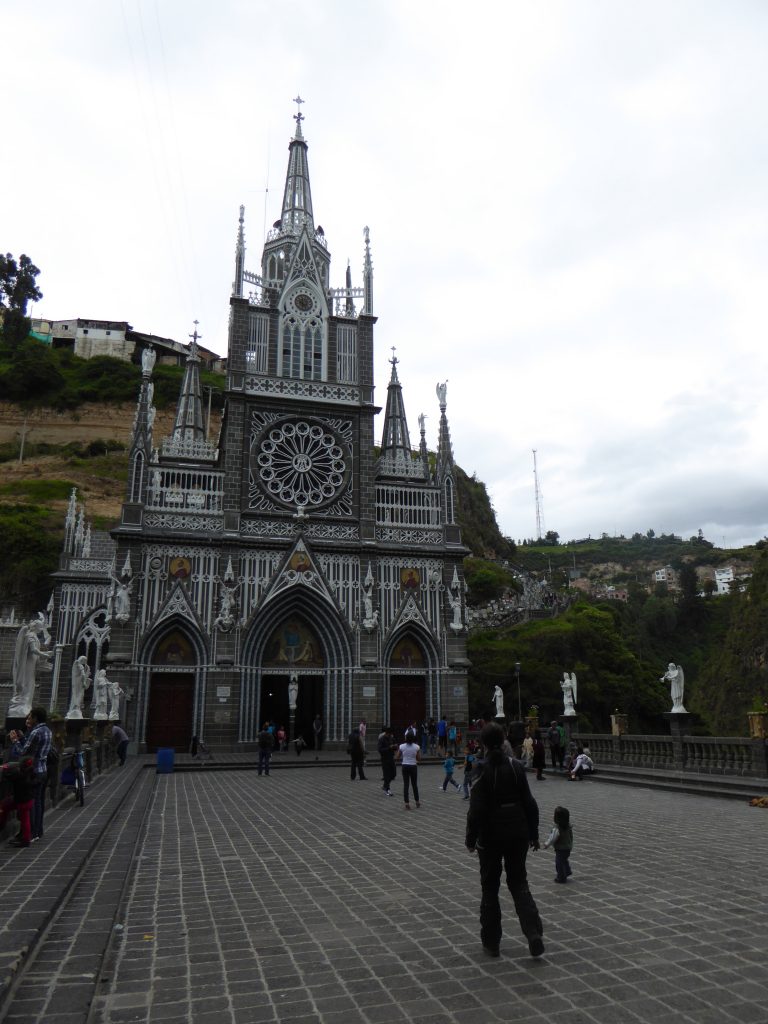 Always something for the tourists 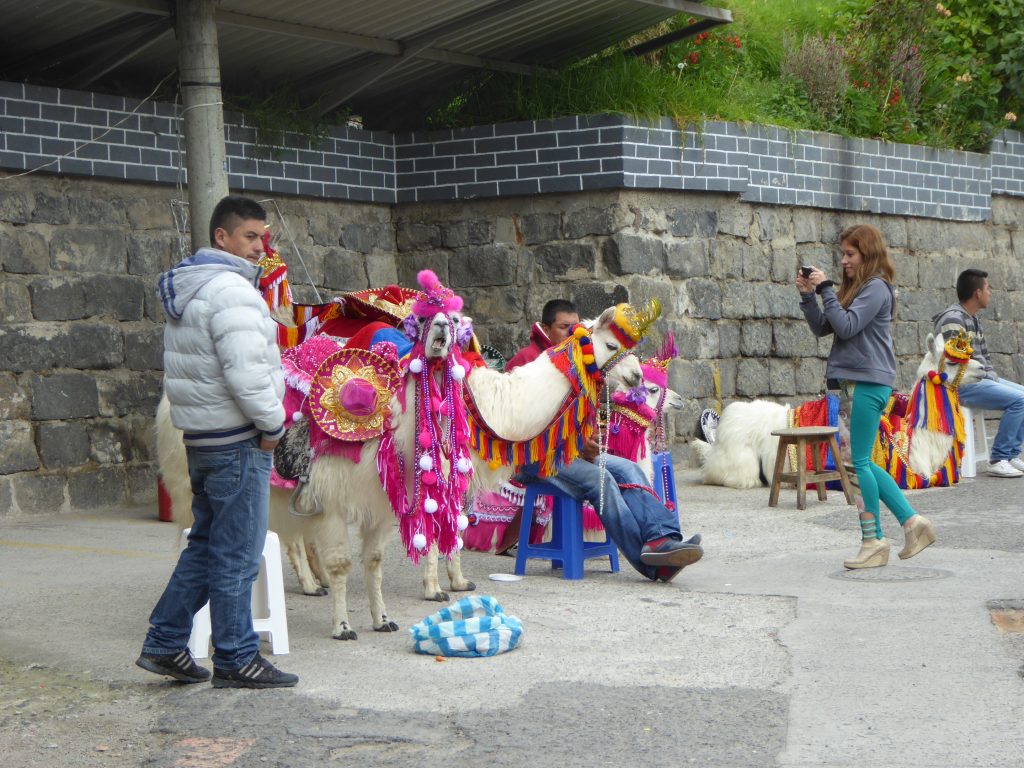 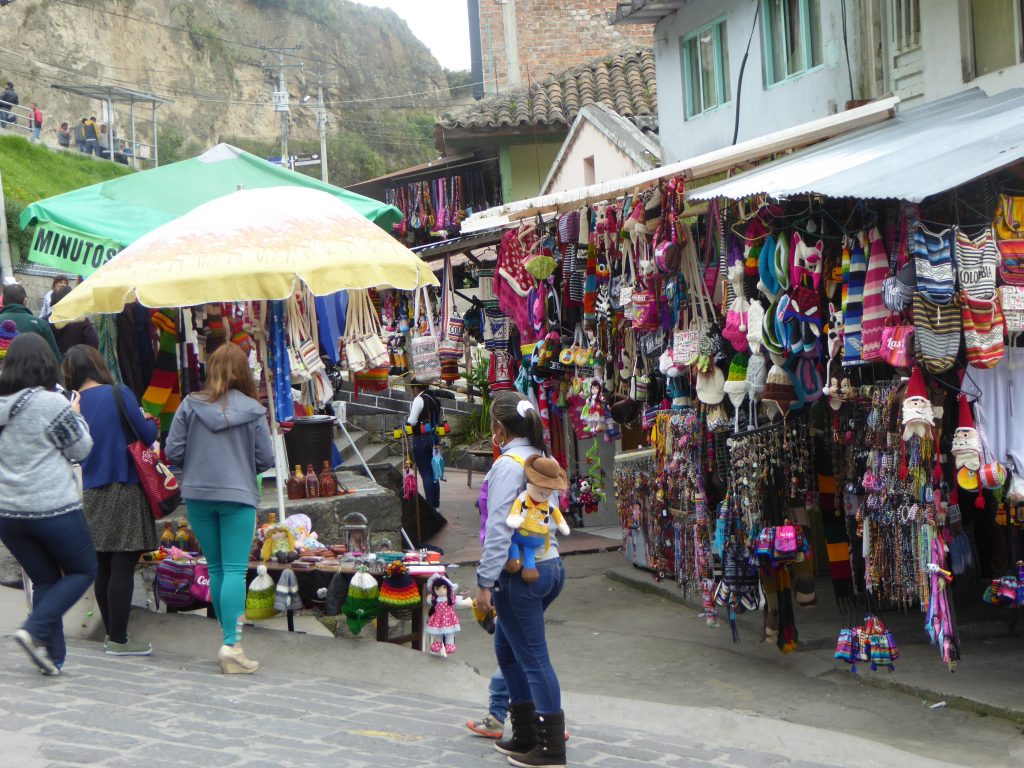 Tonight we are experiencing something we haven’t really had since the States while on the road, and that is cold temps, bit of a shock to the system.  Nice to have a hot shower – in fact I felt like taking a photo of the shower because it is so different.  Not only does it have two taps both hot and cold, but it also has a shower rose!!  A rare thing here.

I have been so surprised by Columbia, it’s not what I had subconsciously expected, which was lots of jungle, we have both really loved our time travelling through here.  It has a bad reputation and so tourists have tended to stay away, but that is now just beginning to change.  There is still a large drug problem here, in fact it makes up 70% of the economy, but when travelling through as we have, there is no evidence of it.  Also there used to be problems with bandits, but the government clamped down on that as seen by the strong army and police presence on every bridge and in every town. 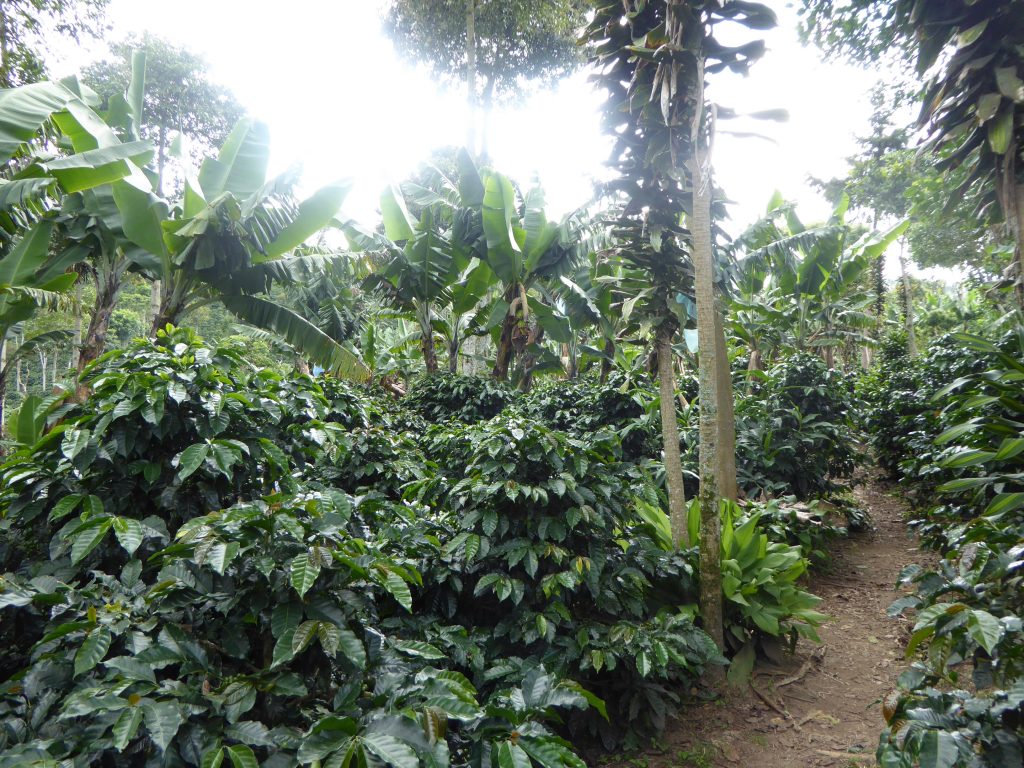 A day in Salento 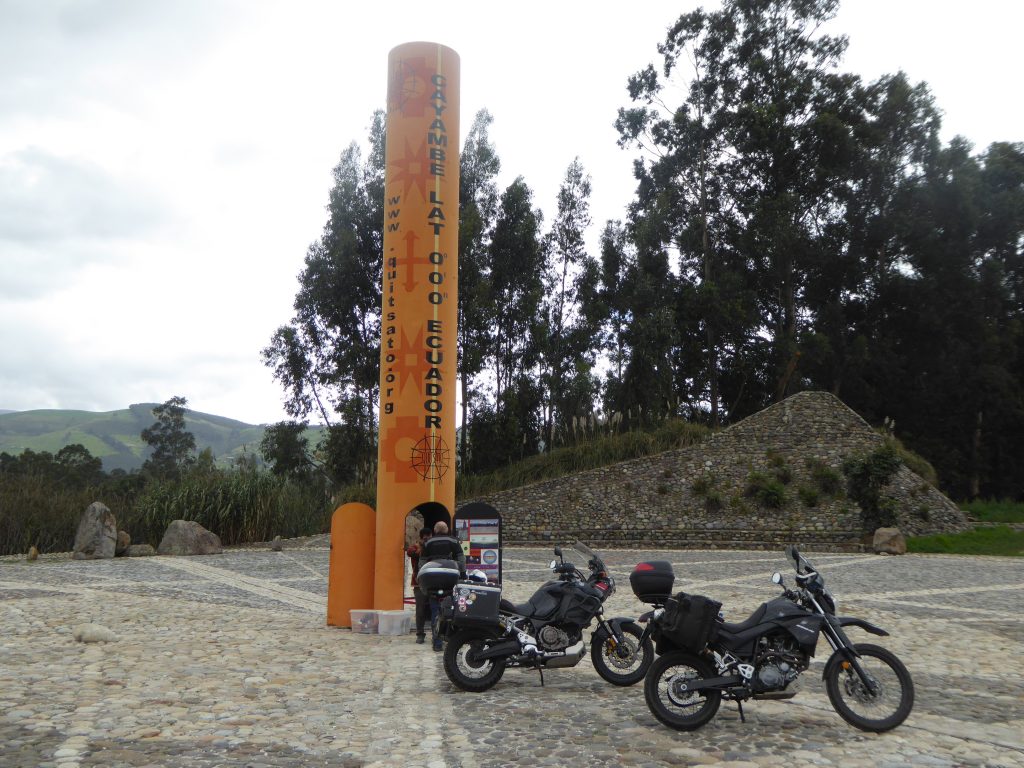