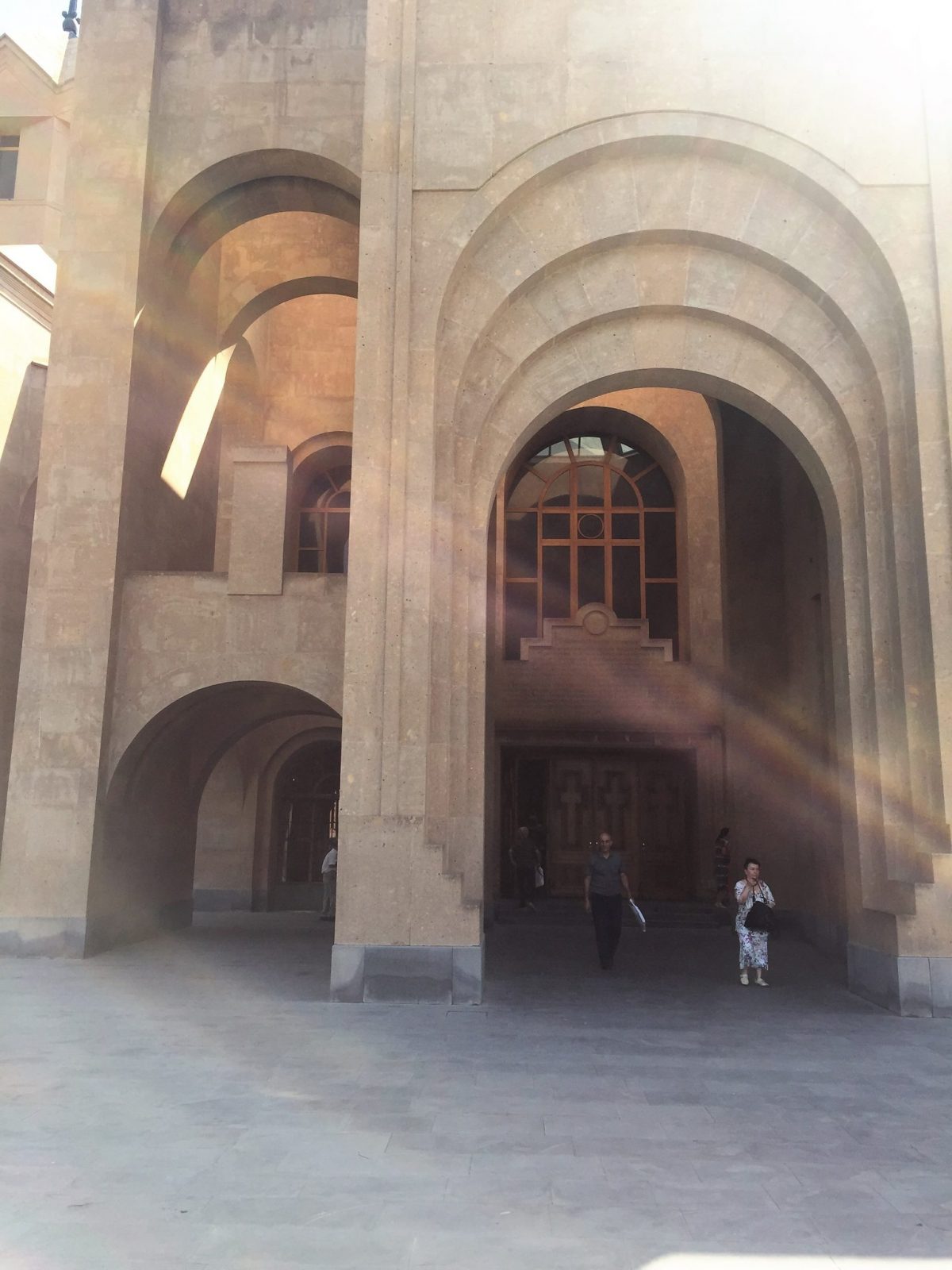 I am not sure why the locals group their stalls together – today on the way to the border it was stall after stall of washing powder and cleaning products. 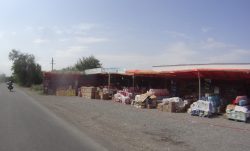 The border crossing went smoothly, there were queues because of a lot of people going through.  We had to get insurance and on leaving the border area there were all these young guys badgering us to come with them, it was so funny.  We started off in a direction and they ran flat out waving their arms to follow them.   There were a group of sheds grouped together and these were the insurance guys, didn’t quite fill you with confidence, haha.

There are two roads to Yerevan, on the advice of locals, we chose the scenic one, of course. 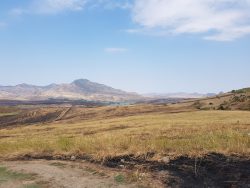 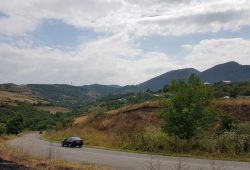 People still toot and wave at us

There were gas pipes all over the place in the villages 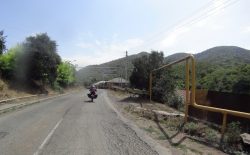 The roads wound their way up and down the hills, with switchbacks complete with holes on the bends at times, and a very long tunnel at a summit.  Out the other side of the tunnel the trees completely disappeared and it was noticably cooler from the wind off the large lake.

At Yerevan we went out for a traditional Armenian meal, not as tasty as Azerbijan or Georgia – but we did get front row seats for the live local music. 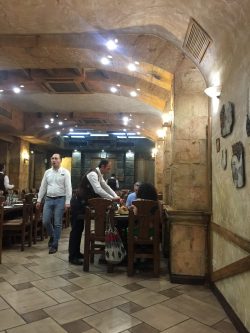 Republic Square with its grand buildings

…and back again later at night watching the “Musical Fountain” with crowds of people – this is a water display using coloured lighting in time with music. 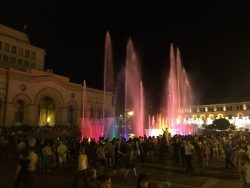 Next day it was off around town – not a lot to see in Yerevan, but some pics 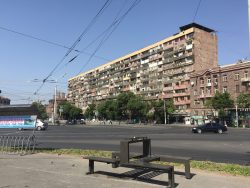 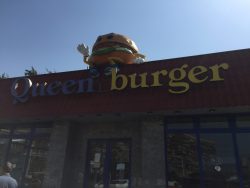 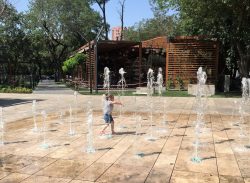 Came across another kiwi 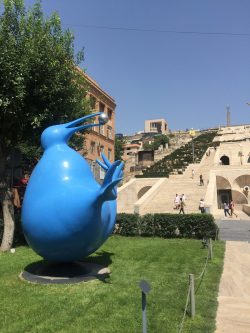 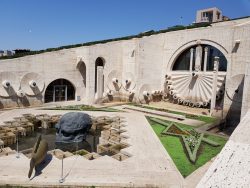 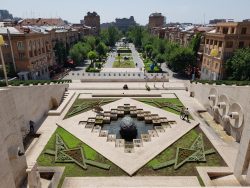 We could see Mt Ararat off in the distance today, complete with snow on top, but the air was not clear enough to capture it in a photo. 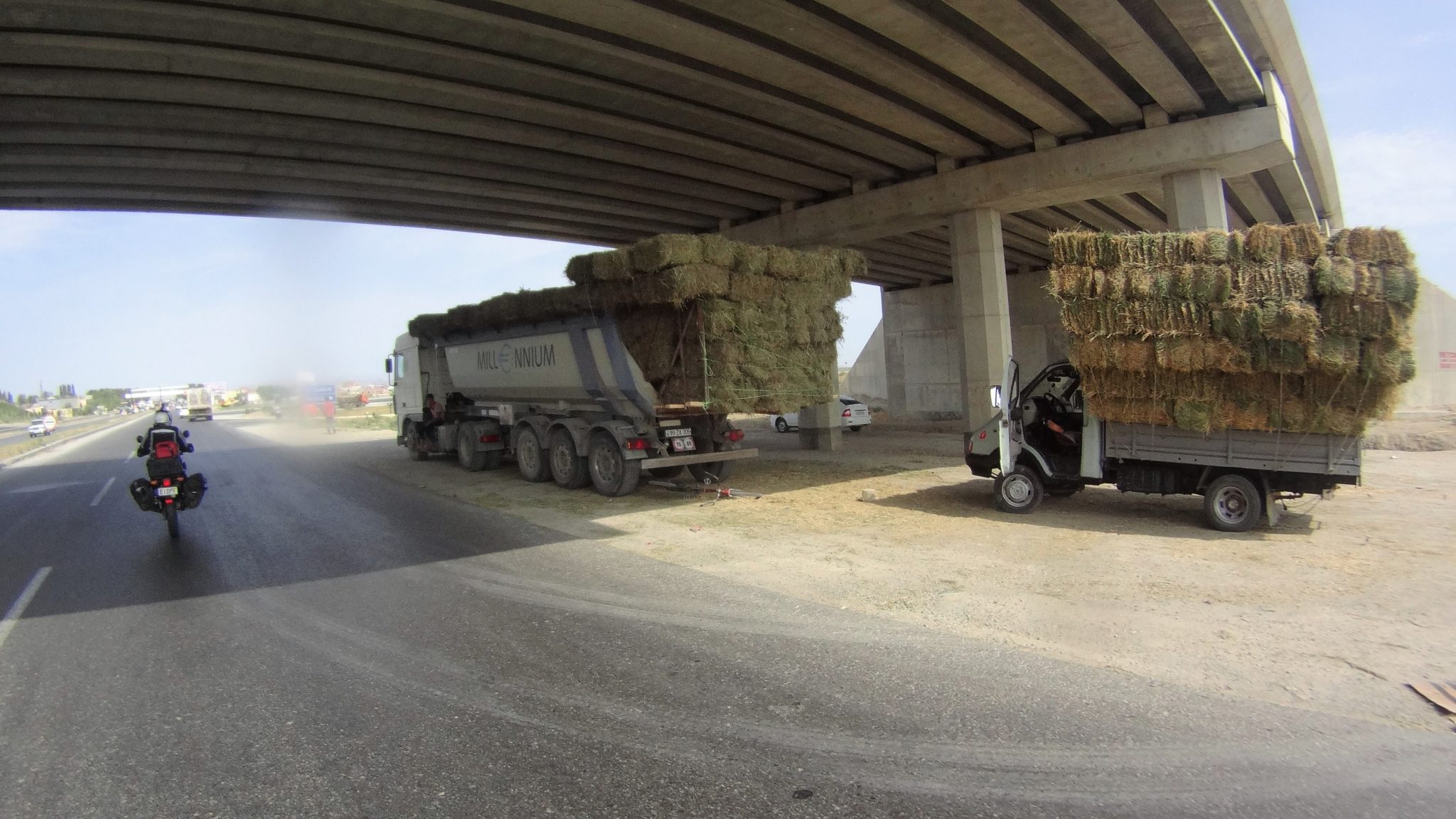 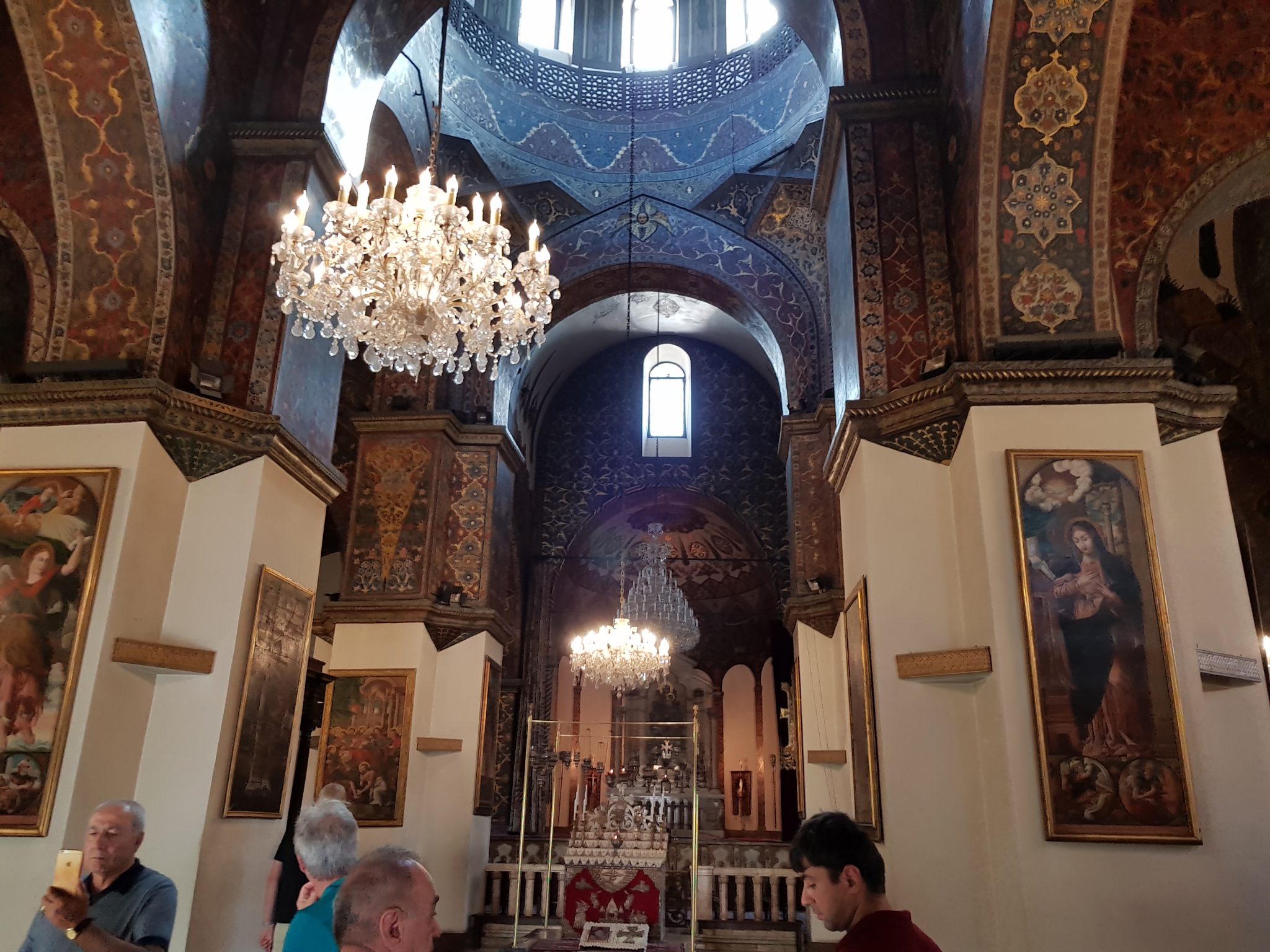