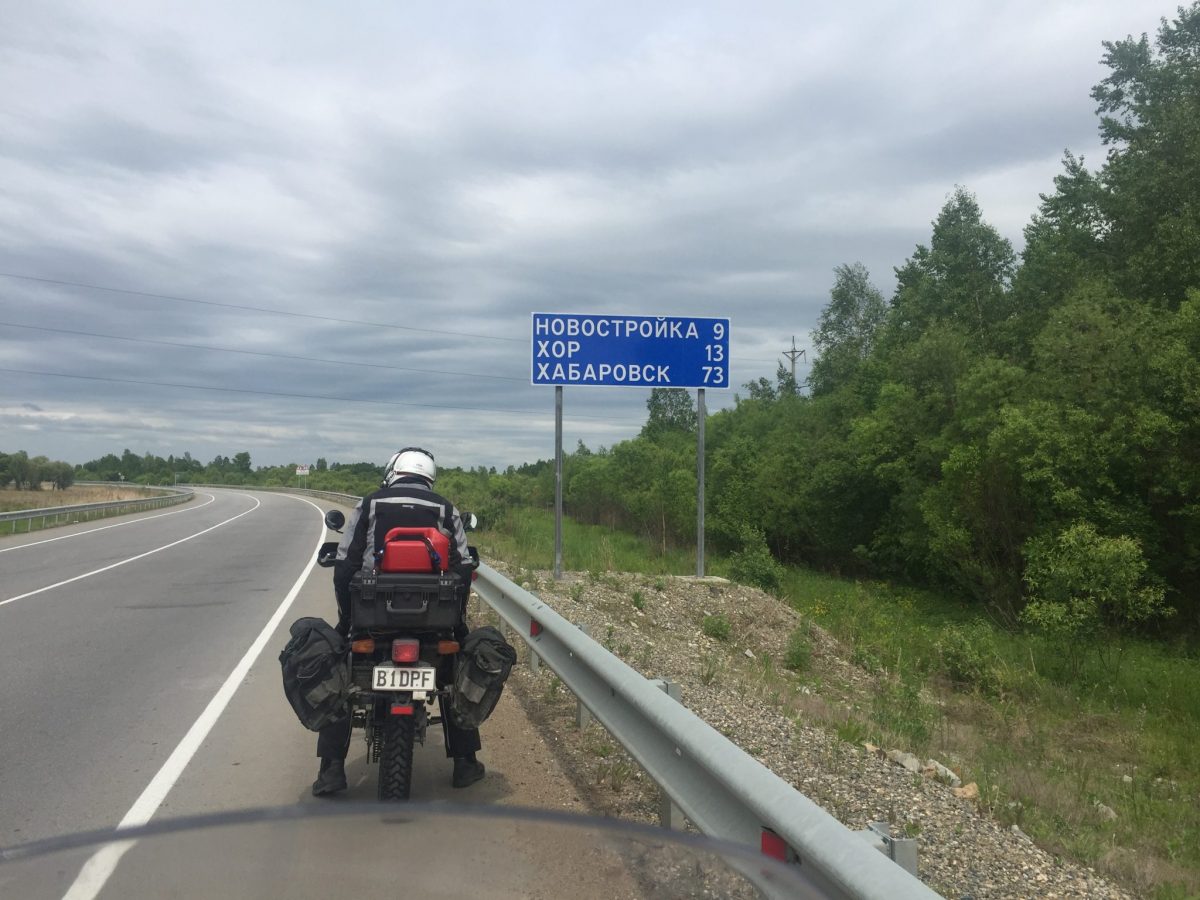 Sunshine had been forecast for the next few days but out of nowhere we had rain this morning as we left Vladivostok.  Today we leave the ocean and wont see it again until we reach the Mediterranean.

We called in to visit a volunteer organisation, Living Hope.  It was started by a NZ girl, but is now run by Alexander, a Russian.  It provides an option for young solo mothers who have no help, to keep their babies.  They are provided a bedroom, food, clothing for them and their children, as well as teachers coming in and training them.  One of the girls was 17 with a 4 week old baby.  She had been an orphan herself so had nowhere to go when they found her on the streets.  Today she looked so happy, and when I gave her a hug, she just melted into me – I guess something so basic would be something she hasn’t experienced.  Many of the mothers were orphans and so they have no idea on the basics.  They get trained for a job also, and after 18 months they are in a place to live independently and Living Hope follows them up for a while to make sure they are okay.  Orphanages are a big problem here left over from the USSR, and so they are trying to give options.  They exist on donations.  It was touching to see the great work they are doing. 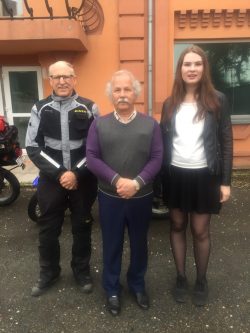 Alexander and Kate, our interpreter

We had prebooked a hotel in a small town but had a real job finding it, even the locals didn’t know where it was when we were right outside it!  After being sent to the other side of town to another hotel that we weren’t happy to stay in, we came back and realised the small dwelling where we were at before, was in fact the hotel.    Our room was big, clean and comfortable, secure parking for the bikes, and there was a restaurant attached, so it all worked out well in the end. 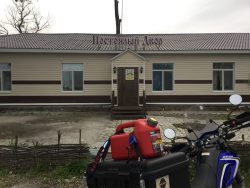 Ordering food is always interesting, our Google Translate app isn’t always helpful.  What would you order off this menu. 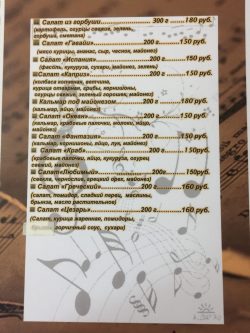 At lunchtime we resorted to seeing two meals go past us from the kitchen and said we will have two of those.   To be disconnected with language in a country is one thing, but to be disconnected through the alphabet and not being able to recognise the local words, is a whole new level.

Heading north, the English alphabet is very quickly dropped on the road signs too. 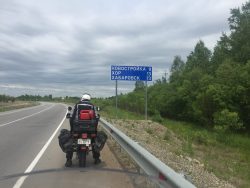 We started the day packing the bikes in the rain with a temp of 8 degrees.  The rain was cold and with the wind chill factor, it got much colder.  Unfortunately we don’t have a temp gauge on these bikes.

Kharbarovsk is a beautiful garden city built on a major river, with many buildings from the Tzarist era. 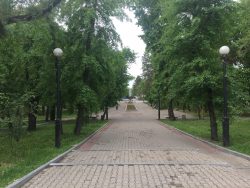 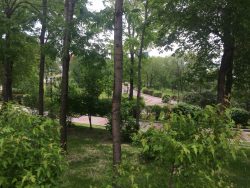 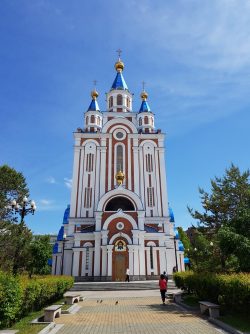 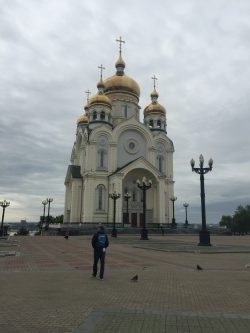 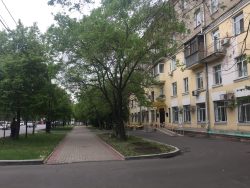 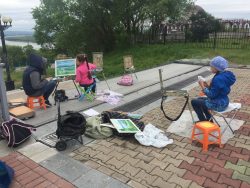 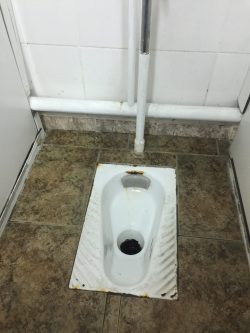 I got to pay to use one of these 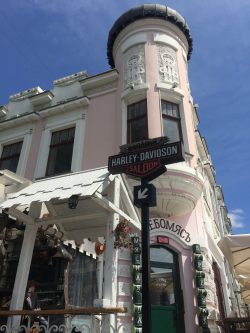 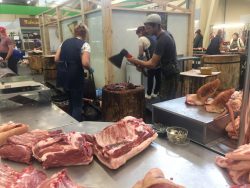 The butcher in the supermarket at work – love his meat axe 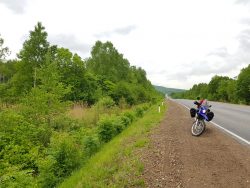 The countryside is either this – trees – or this … 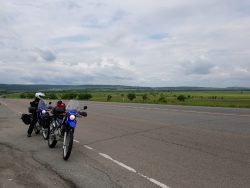 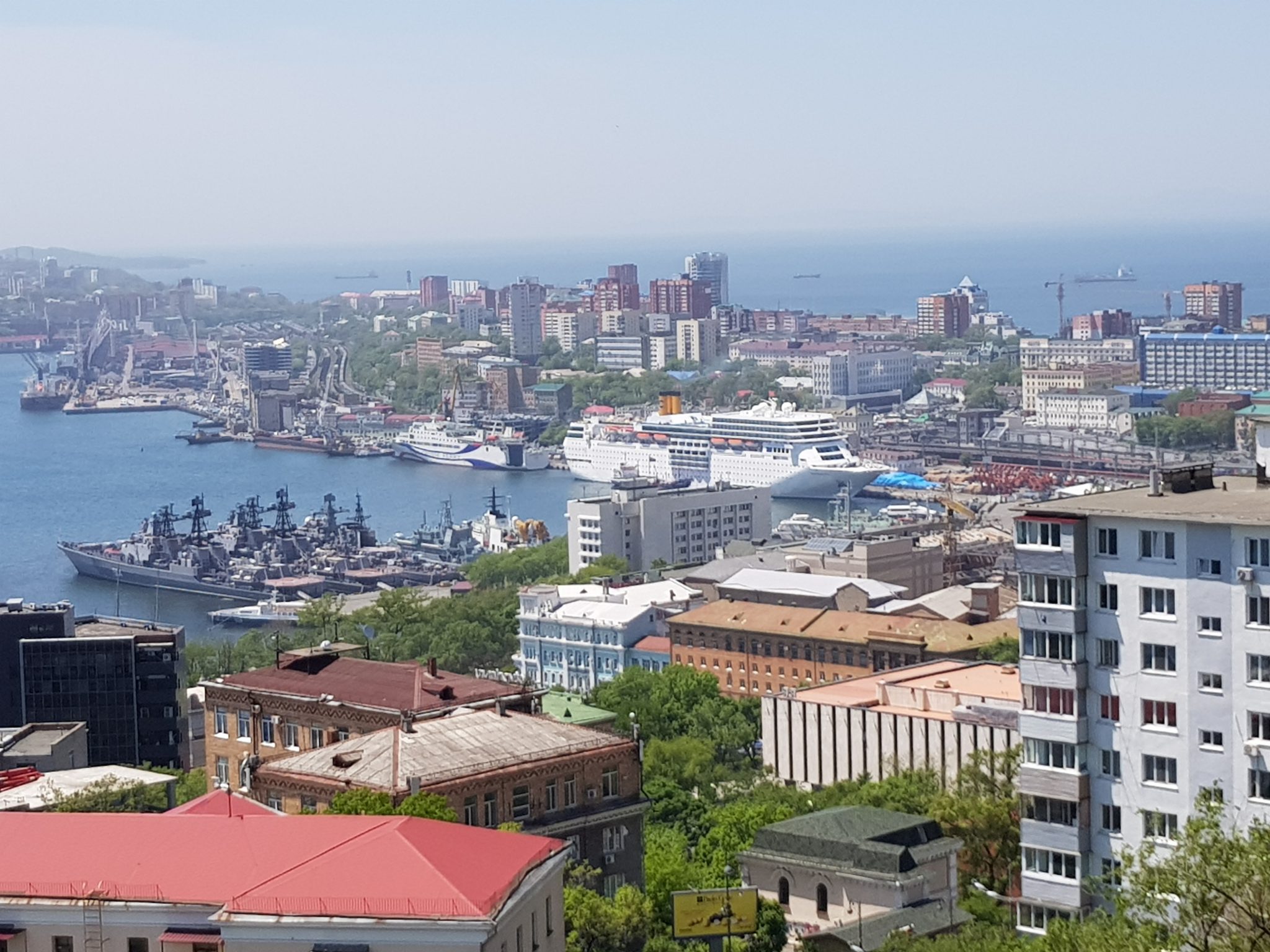 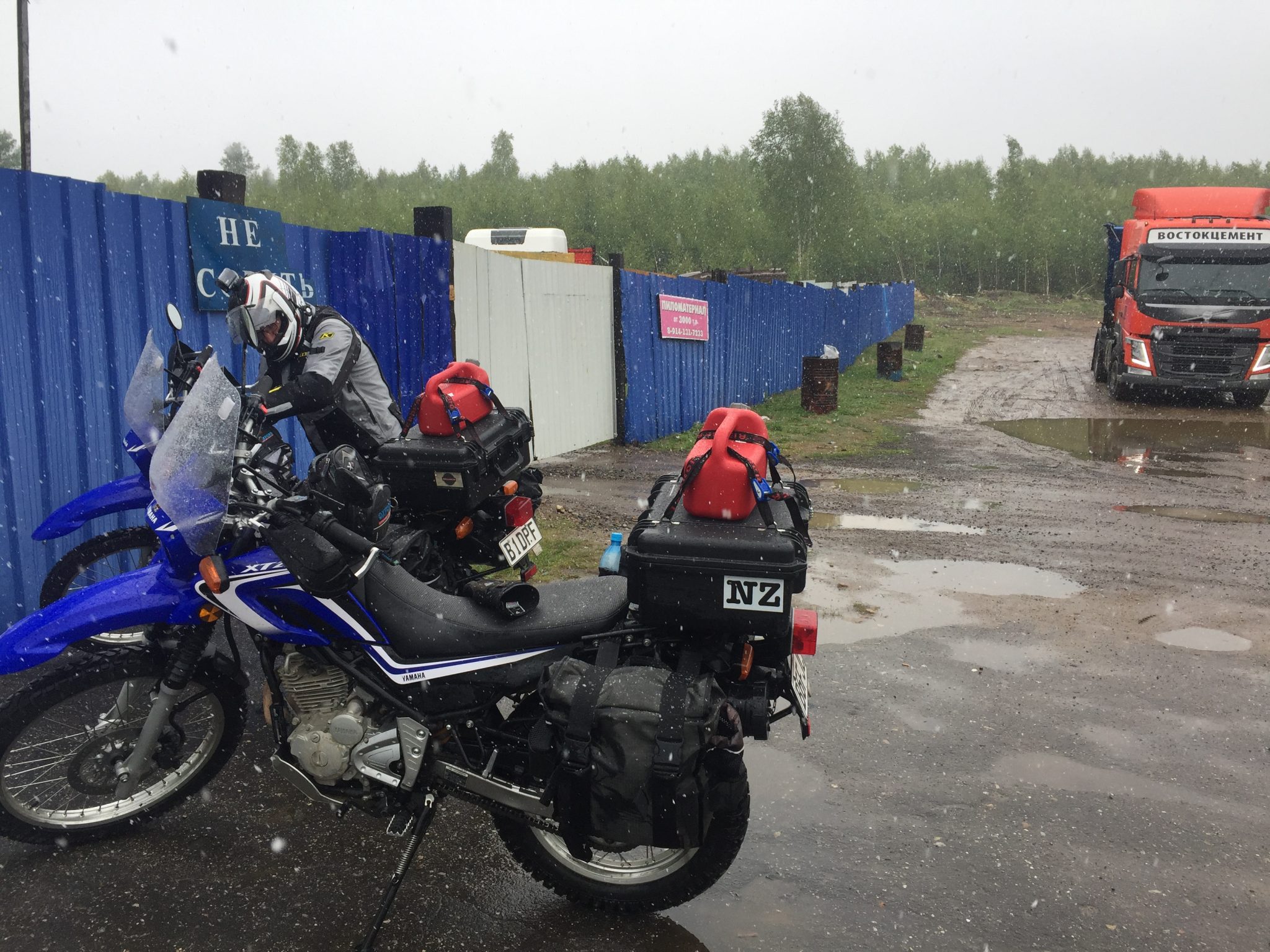