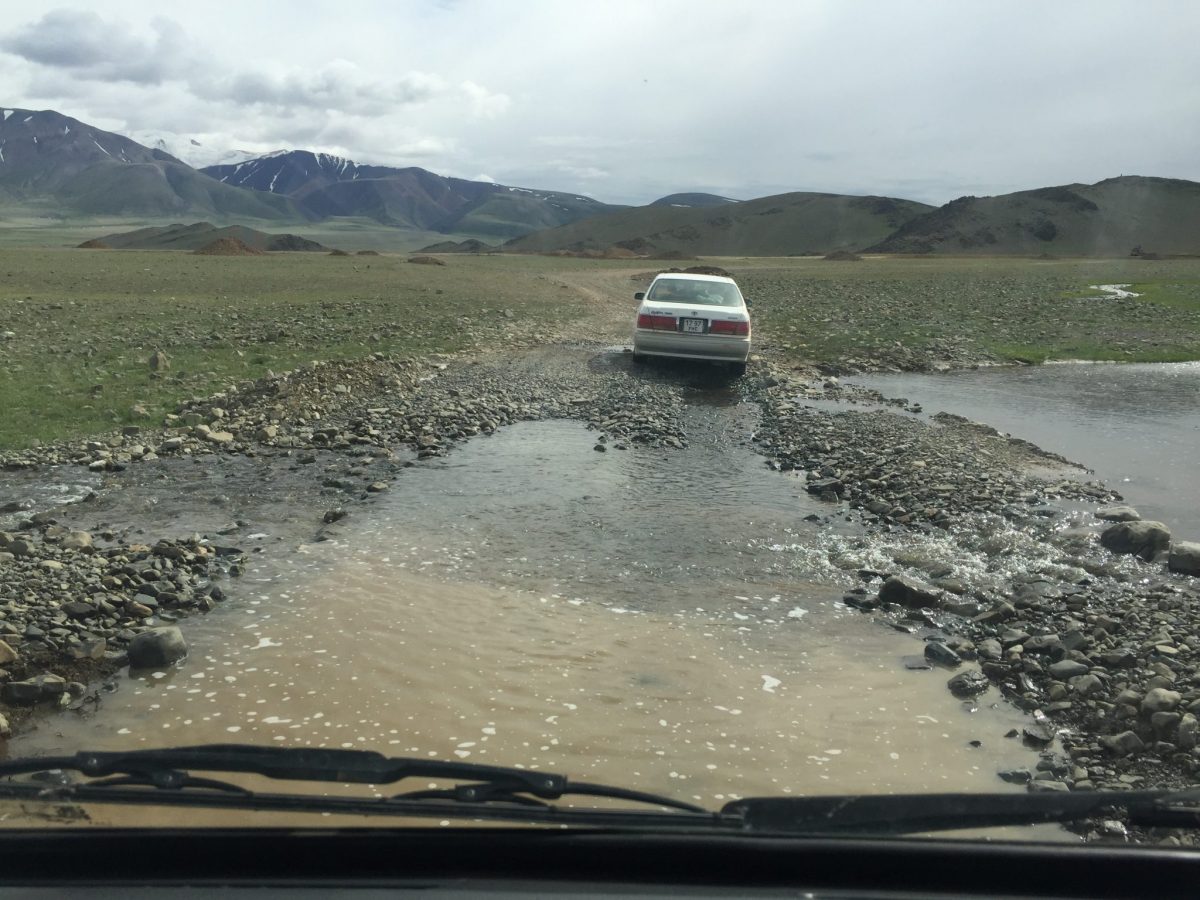 It was a quite hazy, often grey, often flat kinda day, but the road was good – pavement – I like pavement.

Checked into our hotel and went for a walk – Khovd is a nice town. 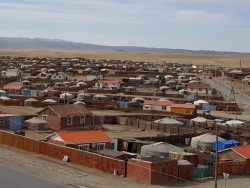 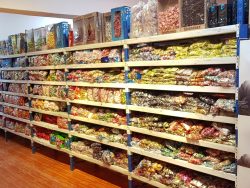 They love their sweets here, even in the small supermarkets there is a whole aisle just for sweets.

I’m still not 100% and the road tomorrow is very rough. What happened to me the other day was really not nice so I reasoned that I have a lot of miles yet to cover, I don’t have to do this bit and put myself at risk, so we are arranging a truck again to take my bike.  Charlie was going to ride it, but we don’t want to get separated, so he will transport his bike too.

The truck arrived and we loaded the bikes.  It took us 6hrs to cover 150-160km plus on top of that we had about an hour waiting for our lunch to be prepared and a half-hour fixing a tyre repair. 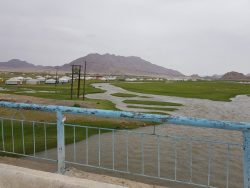 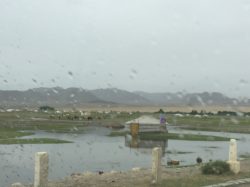 Had quite a bit of rain, the ger camp on the outskirts of town a bit flooded. 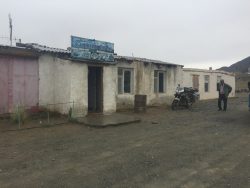 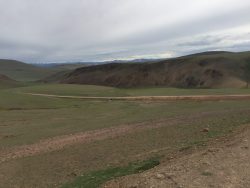 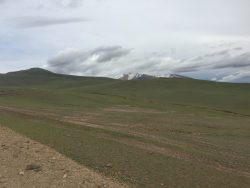 I loved the scenery the whole way through – you can’t capture it in words or photos, it is all around you, a unique beauty.  We started with bare rock very rugged mountains, up through valleys that went off for miles this way and that, snow capped mountains as a backdrop, and through a long green tranquil valley dotted with white gers and many separate herds of sheep, goats, horses.  Also saw more camels today again, think they are wild as no one around.

There is a lot of money being poured into road construction here, we passed it for most of the day being done in sections. 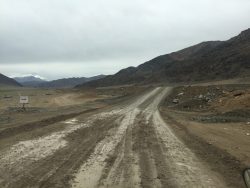 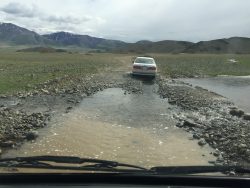 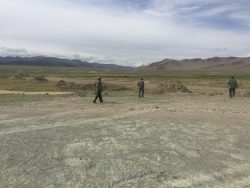 Drivers discussing which is the best way

The road was very rough in parts, very deep wet mud around some areas of construction, and quite do-able in other parts so it was a mixture.

Once we hit the pavement, we unloaded our bikes (they are light so no trouble between the 3 of us), repacked them and rode the 50km to town.  It was the perfect way to end the day to just get on the bike, nice temp, no wind.

(Unfortunately my headcam has a little scratch on the cover that we haven’t been able to get off yet, still working on it)

Not a big distance but it took all day because today was border crossing day.  It took us 6.5hrs and we were given preferential treatment by being called up to the front of the queue.  The main time robber was importing the bikes into Russia, ohhh the paperwork, and while that was in progress a busload came in long after us and left a half-hour before us.  At least it wasn’t raining though there were massive claps of thunder.  The men all love looking at our bikes, they look with their hands tapping this, feeling that, and they are all so delighted at our Mongolian sheepskins.  So while Charlie was doing the paperwork or queueing, I was having “conversations”.  No photos allowed at borders so none taken today.

So goodbye Mongolia, I enjoyed our time with you, the experience was rich.  Incredible scenery, such friendly gentle people.   We had our “moment” but as I said earlier we got off more lightly than so many others I have heard of, by the grace of God and a big thank you to the prayers of family and friends. 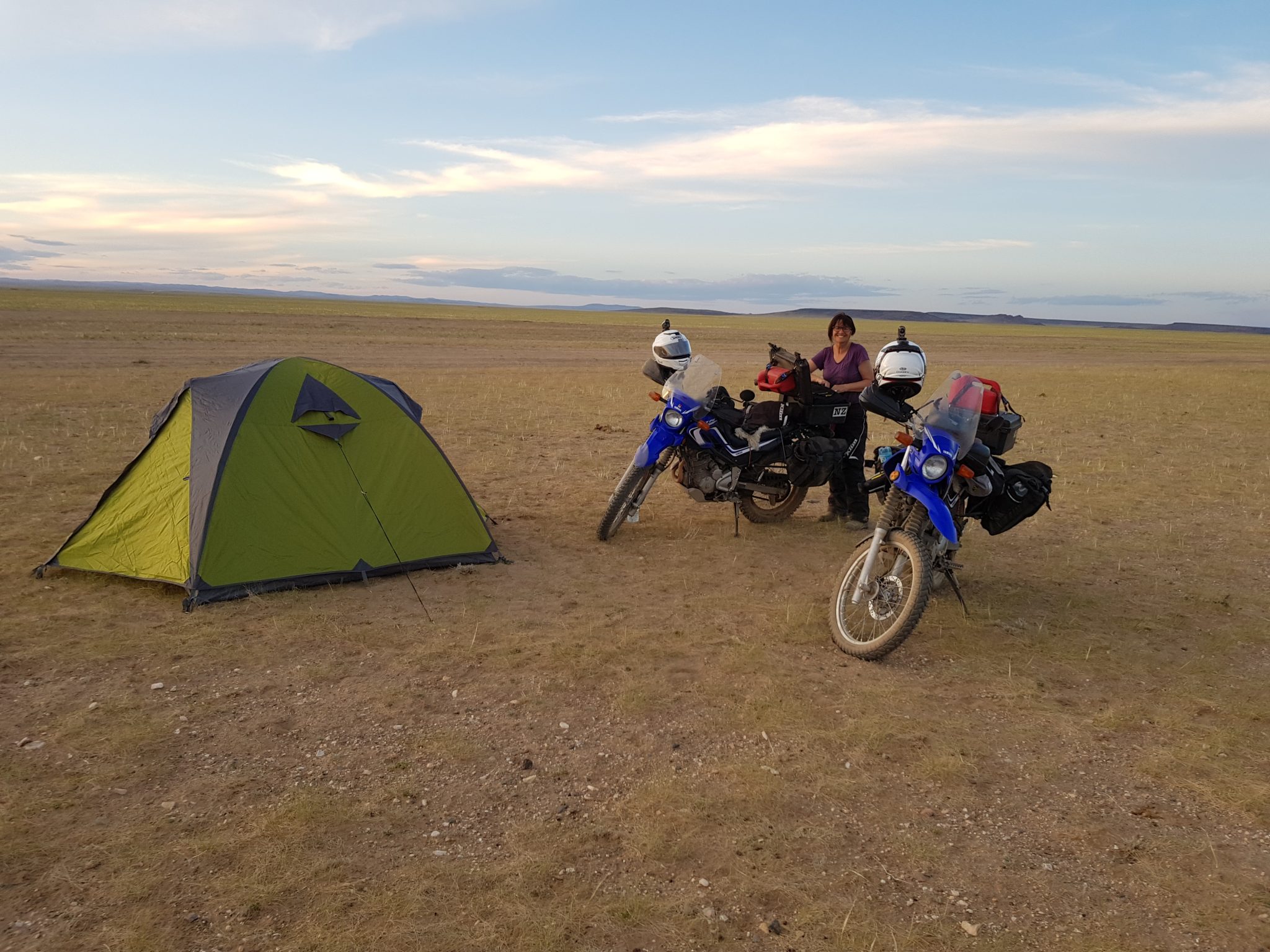 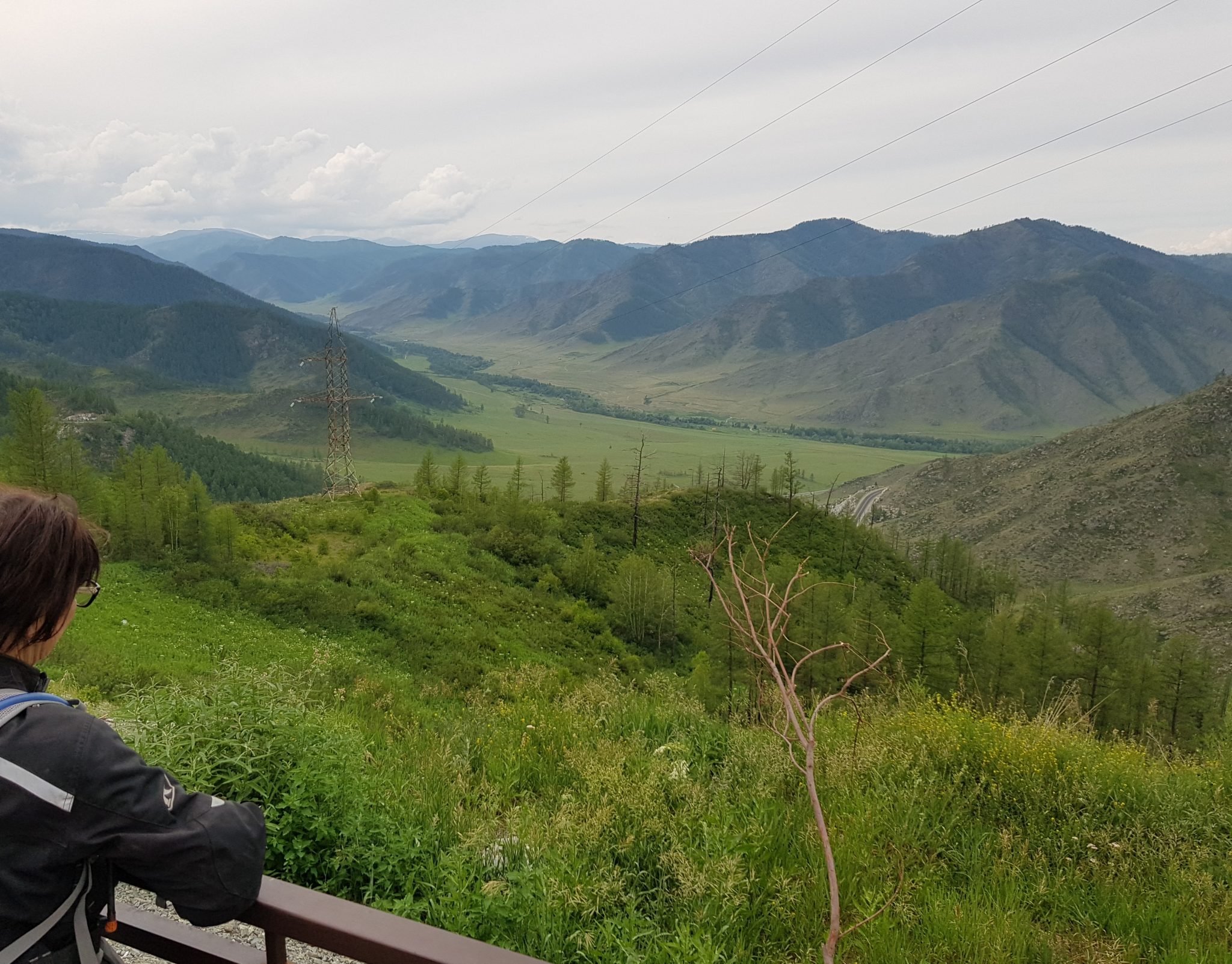