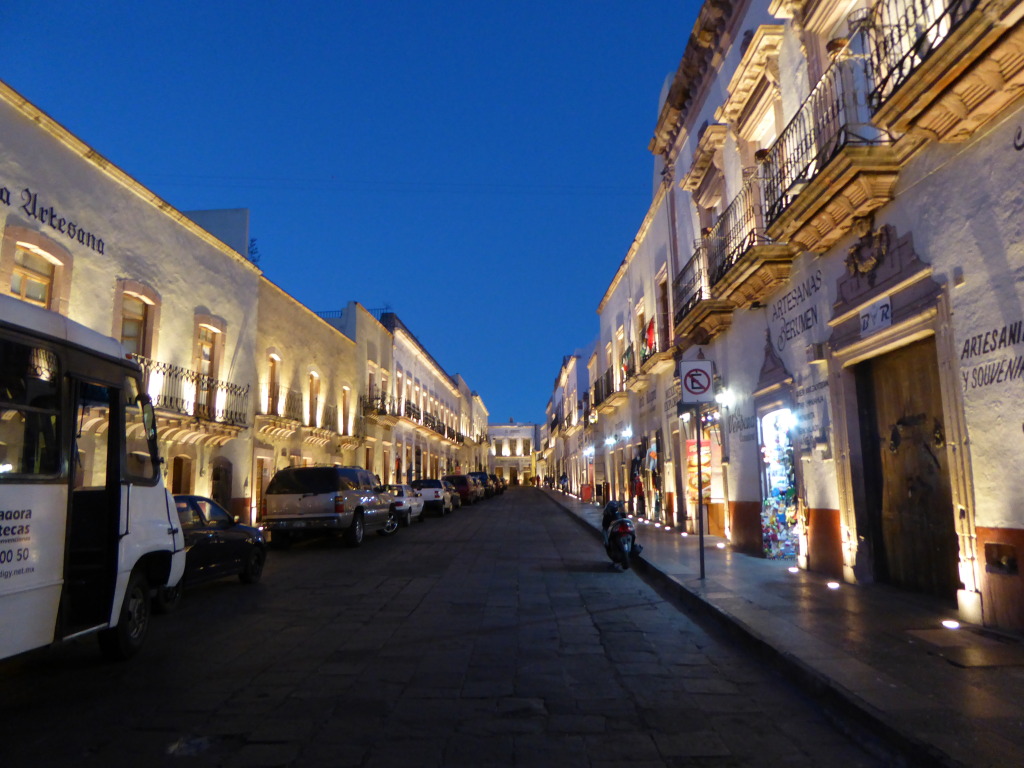 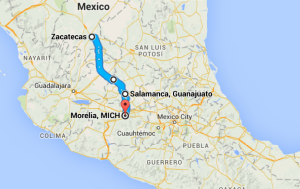 Late yesterday we decided to take a tour of the city.  Unfortunately the tour company arrived with no English speaking guide as was supposed to happen, and they weren’t able to find one for us either.  We were the only people on the tour so the guy just dropped us off at the local mine which had been very wealthy in gold silver copper and other minerals. When inside the guide there mentioned that the lower 3 levels were flooded with toxic water, and the 3 levels above had collapsed.  My first thought was “should I be here??”  However it was very interesting,

Charlie dressed for the occasion.  I looked equally dashing but I hold the camera !! 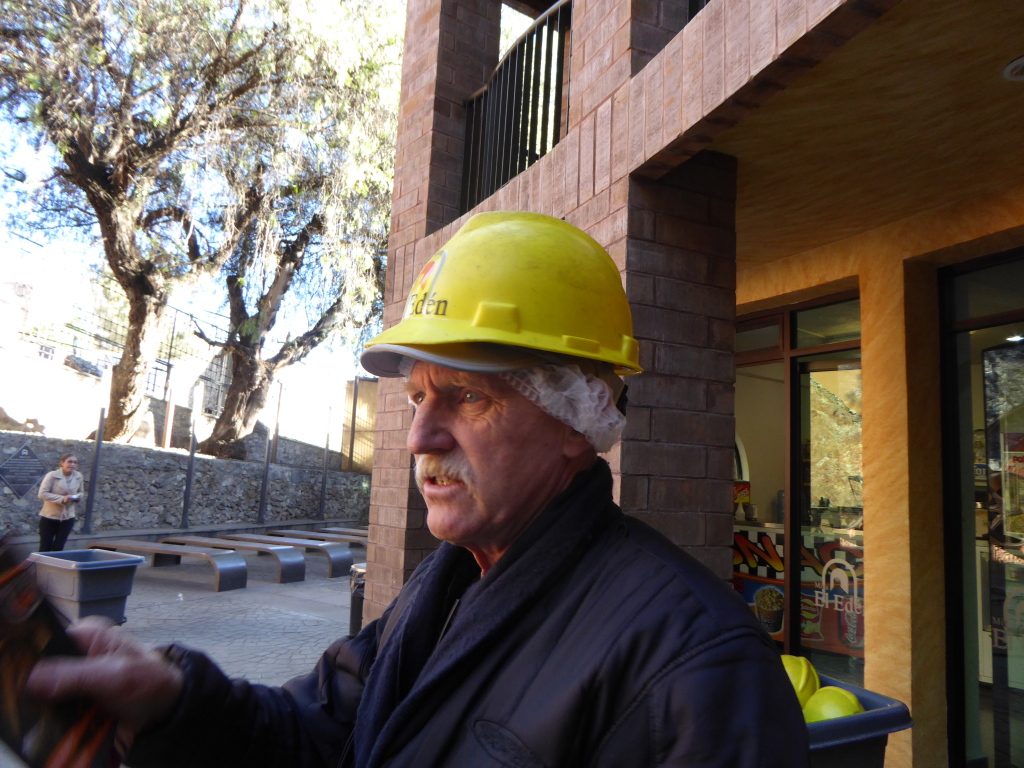 We then took the cable car up to the highest point to look down on the city. 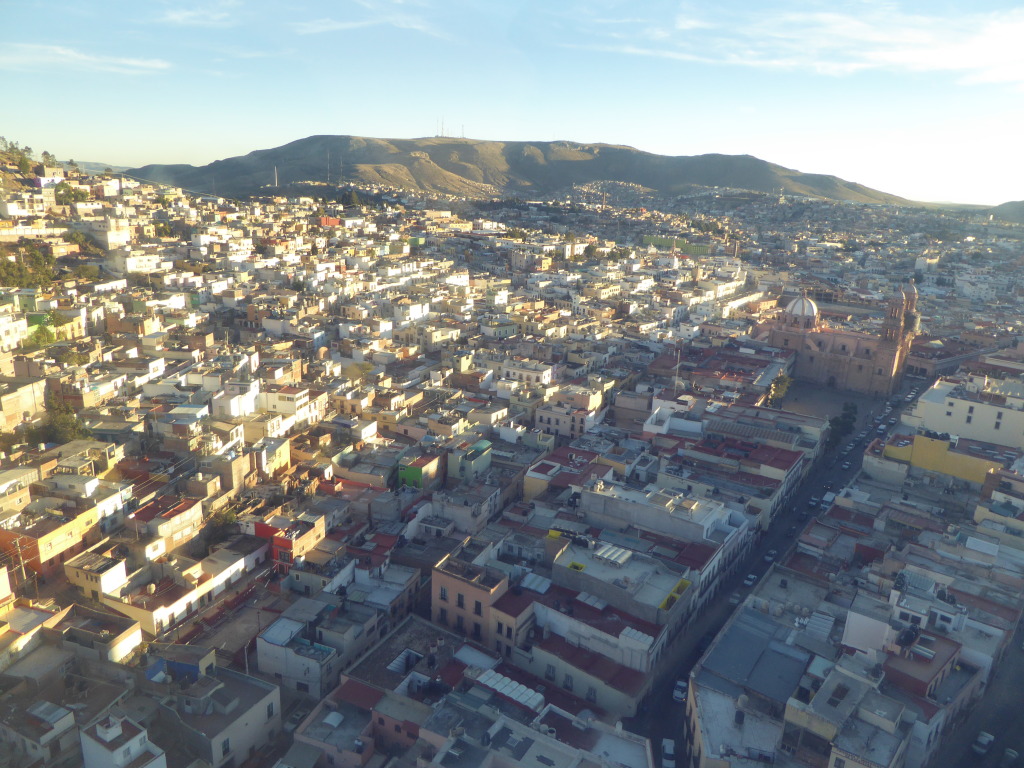 The streets are all lit up at night. 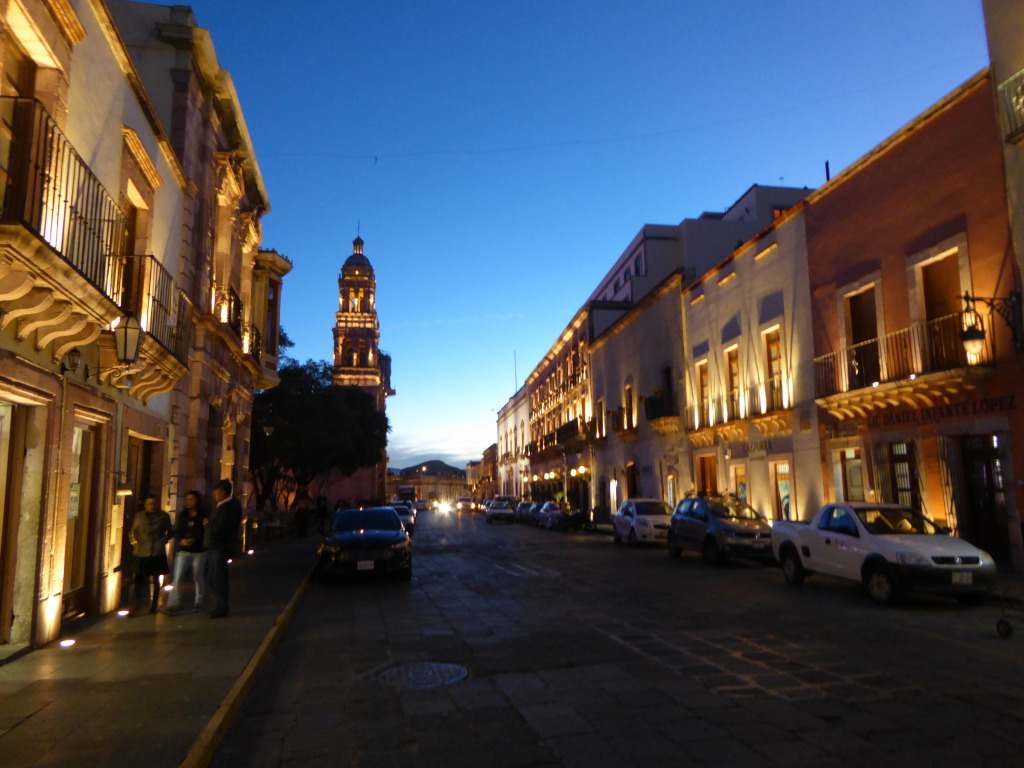 Come with us for as little or as long as you like as we leave Zacatecas – this is not the back roads, but the main way out.

Today we did a bit mileage arriving at Morelia at our favourite time – rush hour.  Getting to be like a local at the crazy intersections now.  Whoever is there first is the one who goes, and if you hesitate you lose.

On the road today we saw a big articulated truck on its side, it caught the armco barrier and flipped, held us up for about 3/4 hr. Also saw a guy who had been run over and lying on the road.  Saw two trucks loaded with the most unhealthiest chickens I have ever seen, quite a few feathers missing etc, and two trucks over full with pigs on the way to market no doubt.

After getting settled in our hotel we took a walk the four blocks to the square which comes alive at night, people everywhere, lots of restaurants, street theatre, the cathedral all lit up.  A great atmosphere.

The terrain today was much the same as yesterday.  The temps were -3 when we woke up but by the time we left at 9:30 it was about 11 and by the time we arrived at Morelia it was more like 23.

We had an interesting day finding our way today as there are new roads which are neither on our map nor our GPS, but which we kept finding ourselves on when following the road signs.  We ended up on so many toll roads today, which was a shame because you miss going through the little villages, and that was not our intention.  But once on those toll roads, there is no way off for several kms. 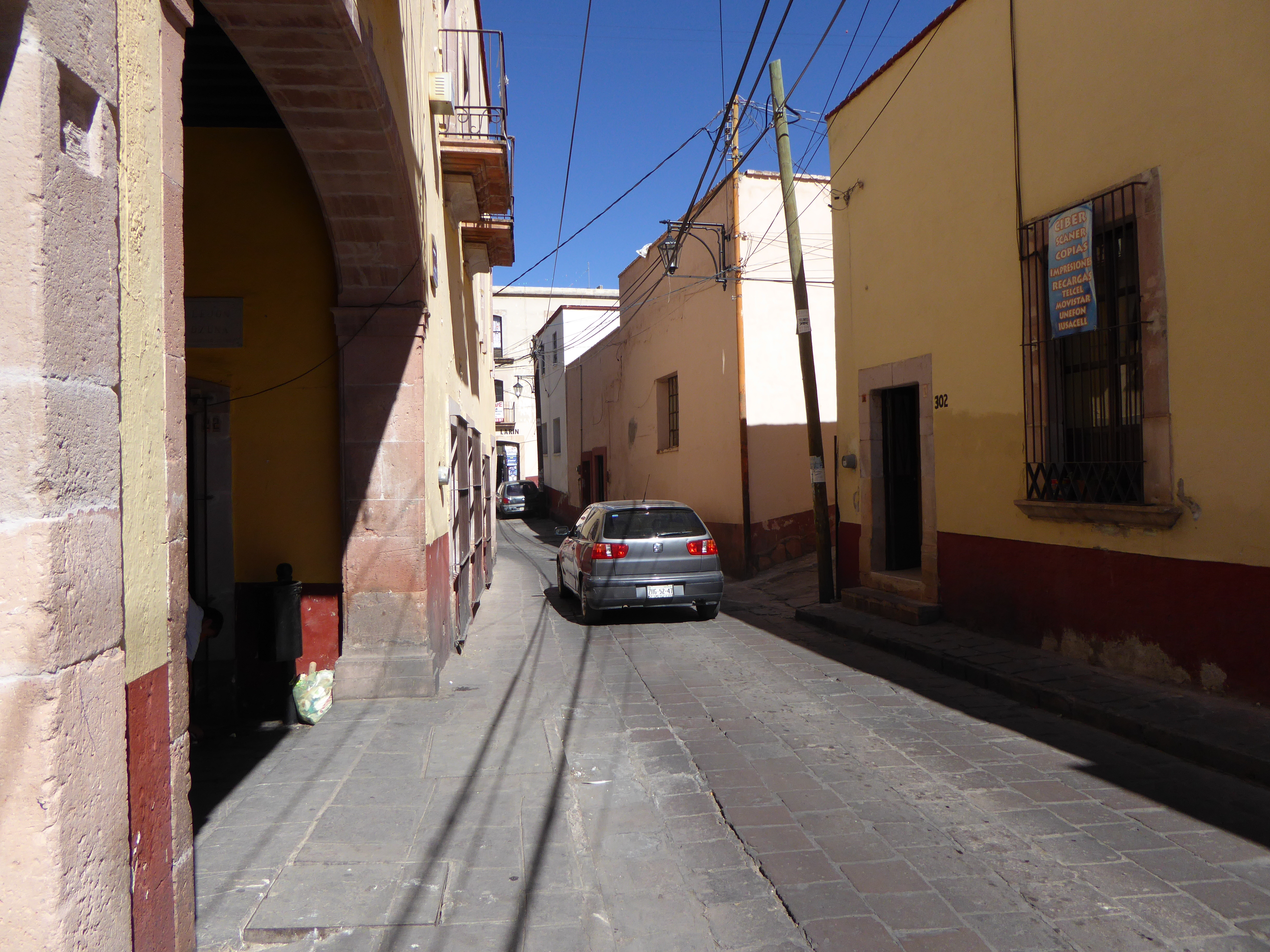 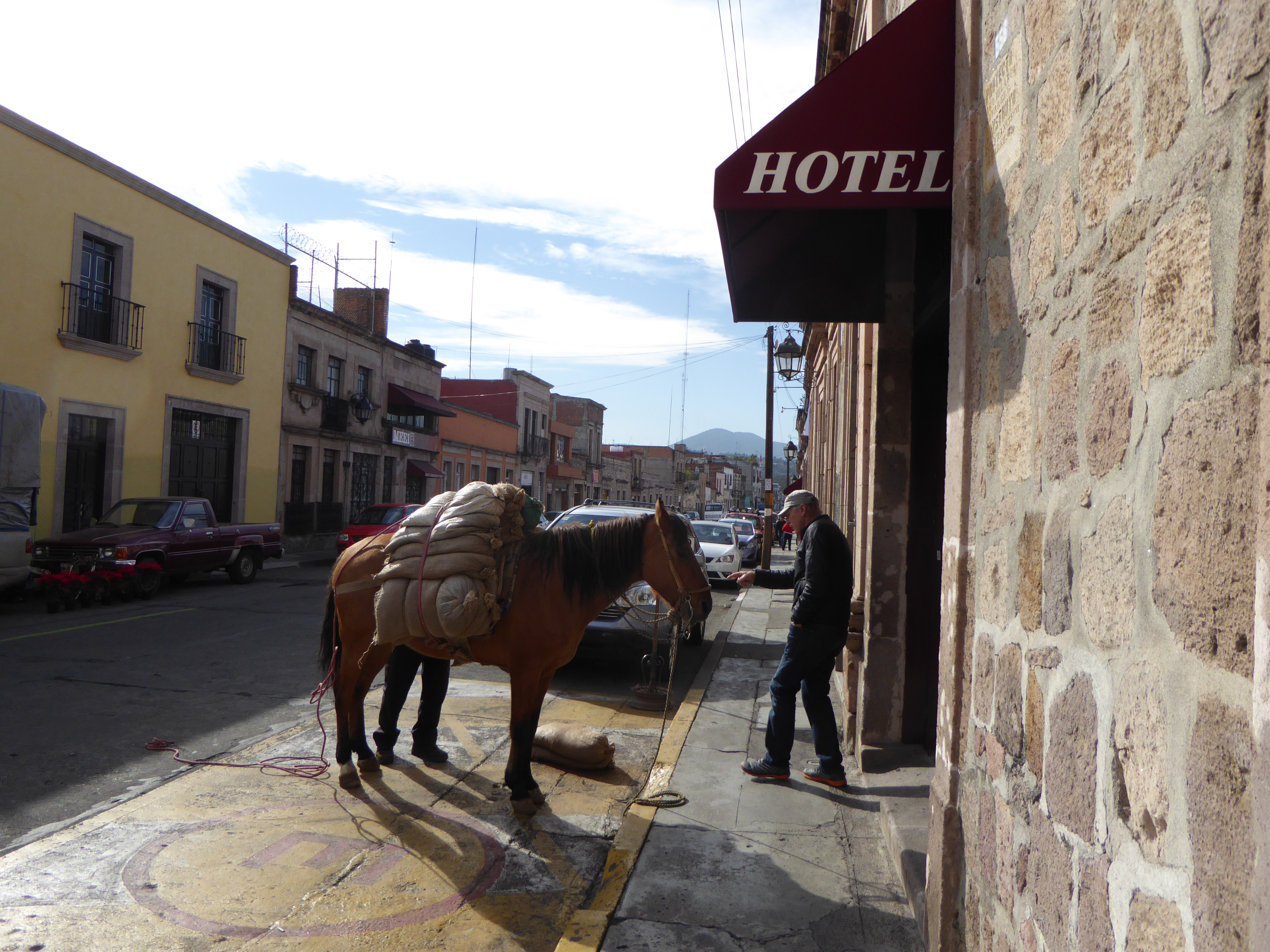