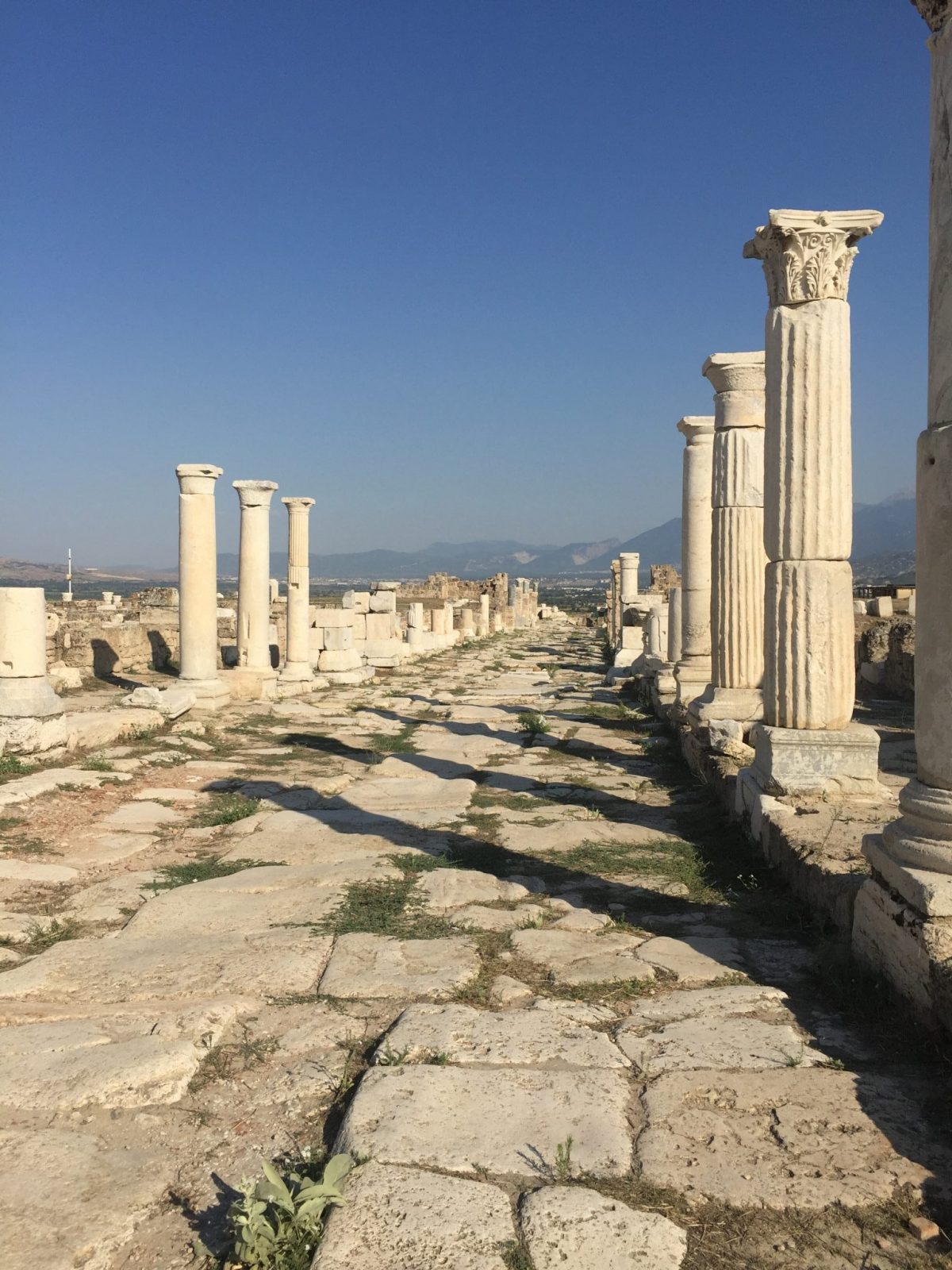 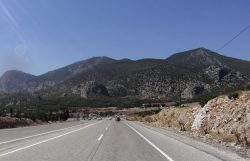 We checked into our hotel, had a quick shower, then off on the bikes again to walk around the ruins of Laodicea.  The Church was locked so Charlie jumped the wall to have a look around. He felt a bit guilty when he saw a security guard coming – he didn’t hide (that makes it worse) but he tried to make himself inconspicuous – it worked, the security guard walked away.  The Church is still being excavated. 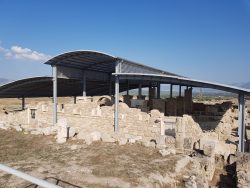 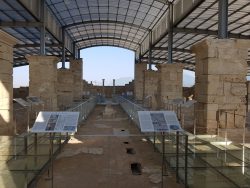 Sneaky shot by Charlie inside the Church 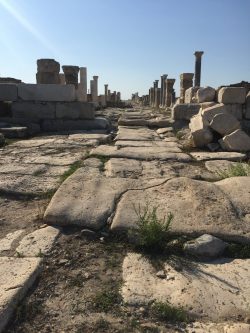 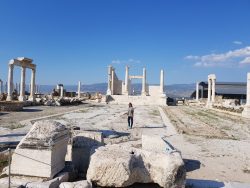 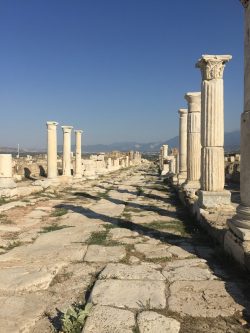 Next morning we took off straight to Ephesus and walked the streets there. 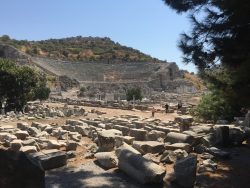 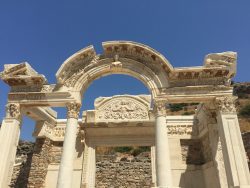 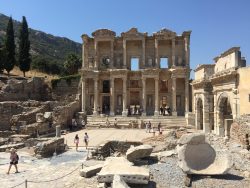 St John’s Basilica is separate in the nearby town – this is where John is supposed to be buried. 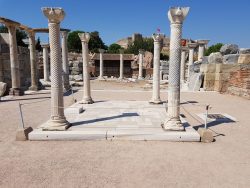 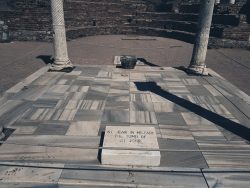 We were going to visit the small ruins of Smyrna but it is in the centre of a very large and busy city so we decided to just carry on out to the coast to a place named Foca for the night.  This fishing town is a popular holiday destination and is just lovely.  A nice  relaxed laid back atmosphere.  Fresh fish for dinner and a pleasant walk. 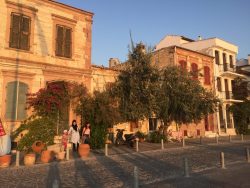 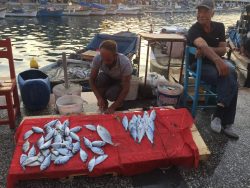 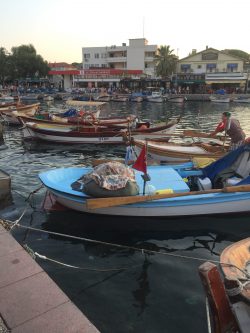 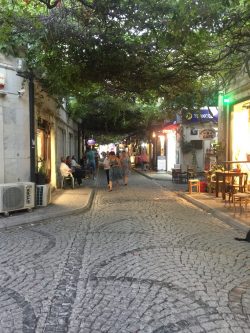 We rode down this street when it had more people in it, weren’t quite sure if it was supposed to be for pedestrians only at the time. 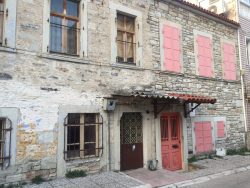 Left Foca about 9:00am and headed to Pergamon, another of the 7 churches in Revelation.  There was a demonstration of some sort in the town square which meant an interesting detour up down and around the narrow cobbled lanes – one road I was sure was only a footpath, but the Police directed us up there.  Finally found our way to the historical site high above the town. 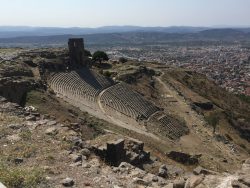 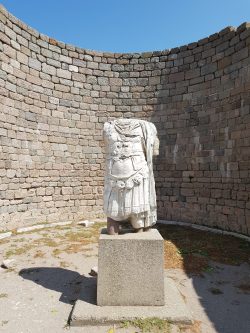 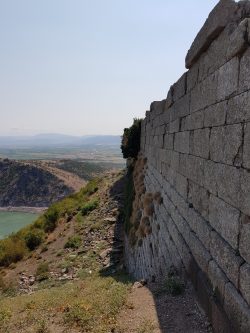 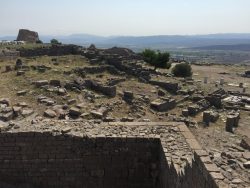 We have been warned by two complete strangers in two different towns to be very very careful on the road on 1 September – they were both so serious and each emphasised to us to go very very slowly.  (Actually we have since had three more men make similar comments to us).  This is because on that date there is a Muslim religious event where they sacrificially slaughter animals.  It is the beginning of a 10 day holiday and the drivers are apparently very reckless – we have seen some of that today in fact as traffic is already beginning to build.  So we are making our way to the ferry to take us to the Gallipoli Peninsula as soon as we can, hoping that it will be quieter over there, and also we would then be soon crossing the border out of Turkey.  We are still seeing all that we want to see, just pushing the time on the road a bit more.

There was a big queue to get on the ferry, the roads through town were blocked up – this is where a bike is so great as we could scoot up through the gaps to the front and then were called through by the people controlling the traffic – we probably saved ourselves at least 2 hours.  There were 5 ferries going every half-hour all night to cope with the holiday traffic, and it hasn’t even started properly yet, these people are the earlybirds getting away.. 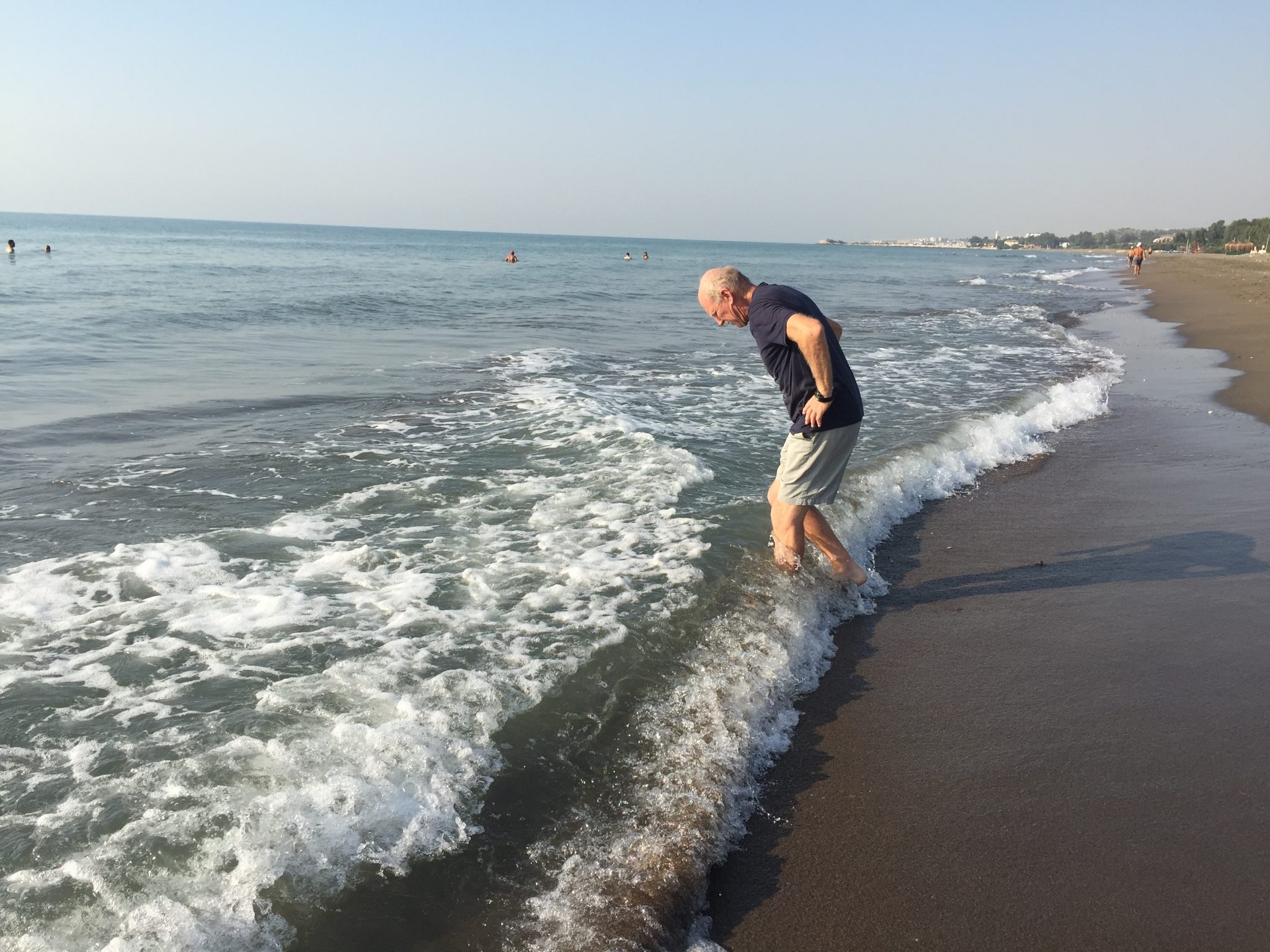 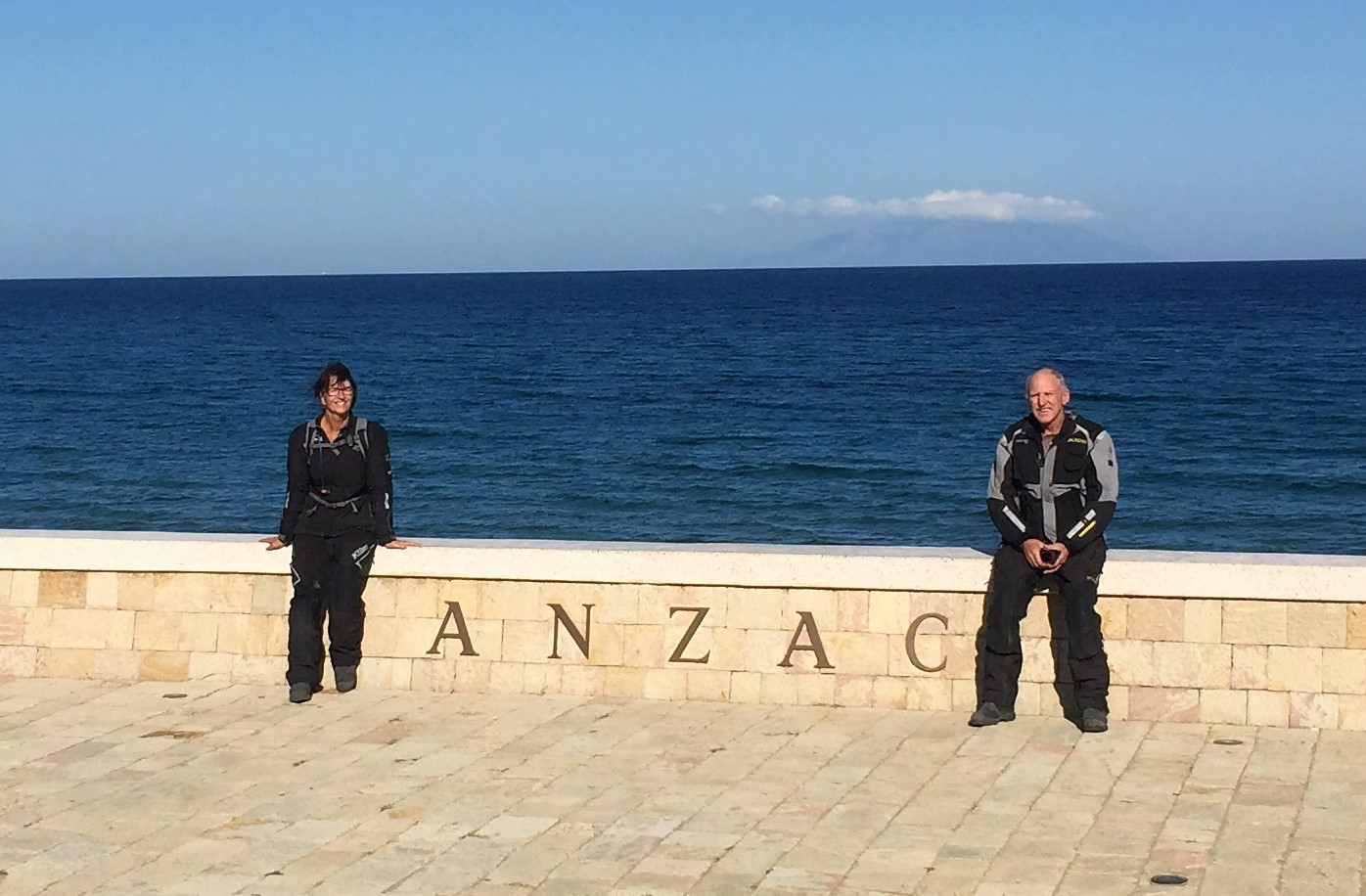