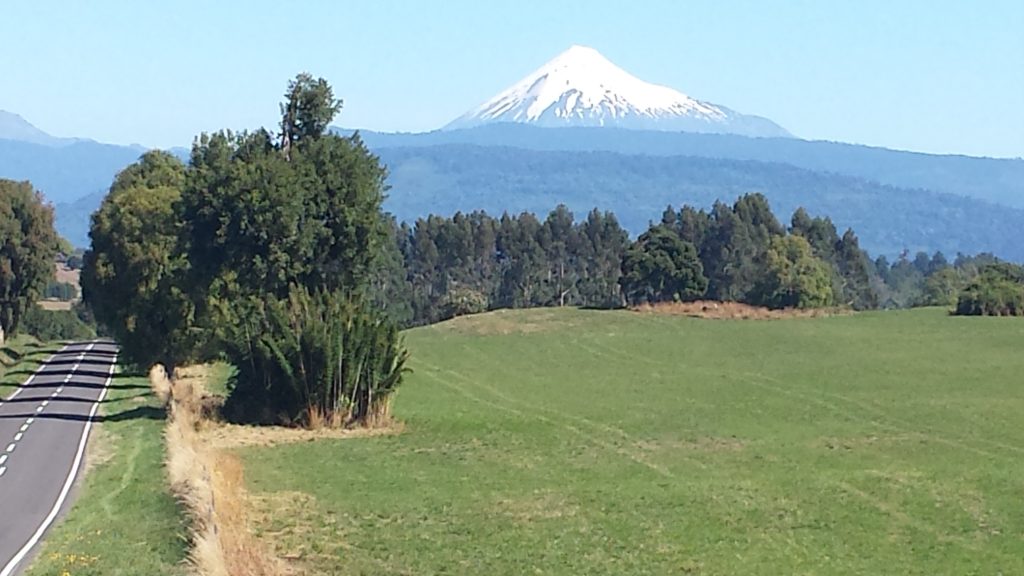 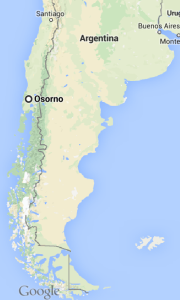 Well it was one of those days.

Firstly our bikes were blocked in by two cars and we had to wait 45 mins for the cars to be moved which meant that we lost our early start advantage.  The road around the lake was beautiful but we were in traffic the whole way.

We did our last border crossing back into Chile today, the road between the borders is a low pass, nice corners, and a good ride 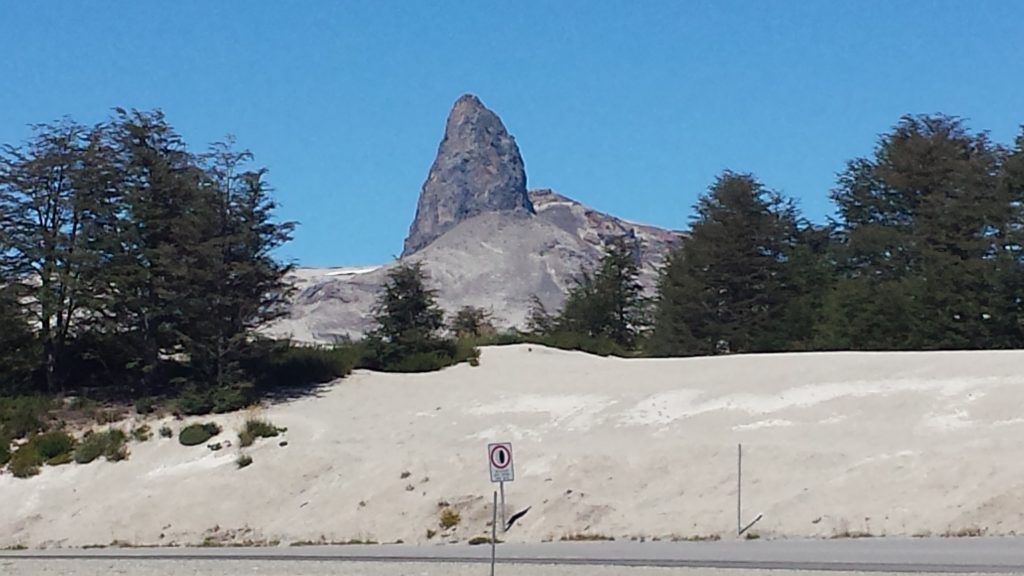 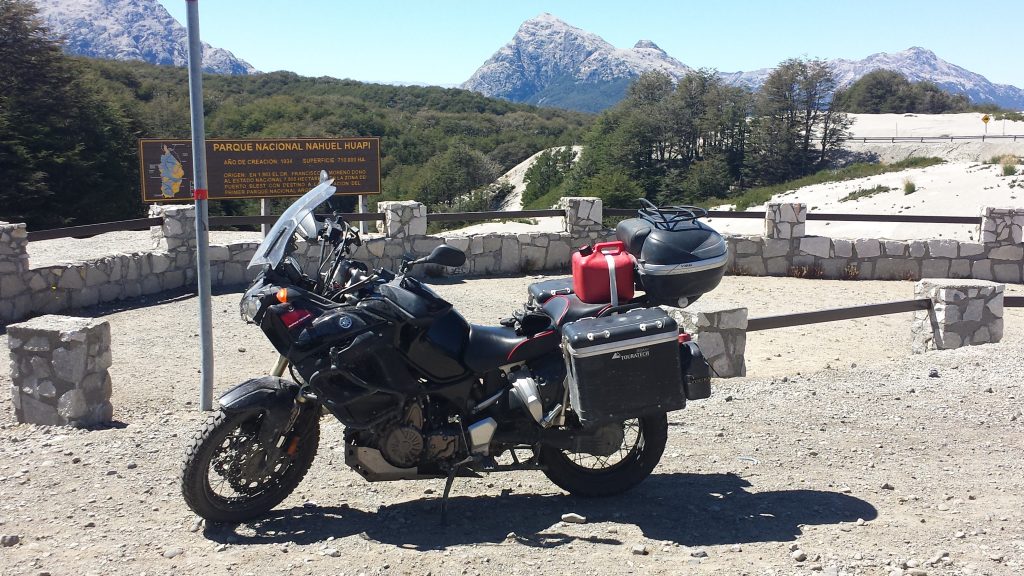 but…it took us four hours to get through the border.  The Chileans are very particular and go through every bag in every vehicle.  Met some friendly people while we were all waiting.

Again we were in traffic to Osorno – not used to having to share the road with so many other people. 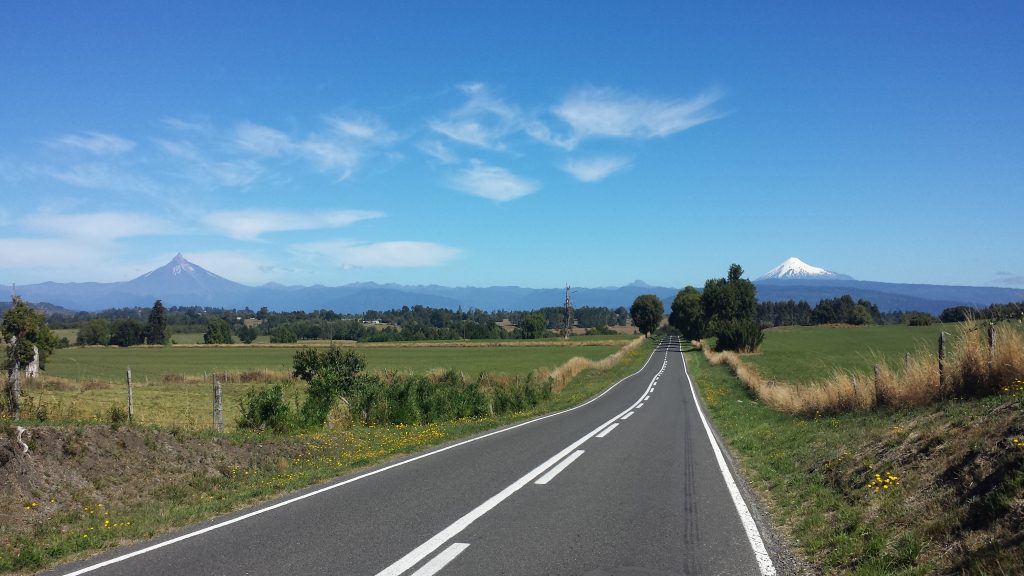 Late in the day Charlie went up a side road to take the photos above and I just waited for him on the main road.  For the first time in this whole trip, with just 2 more days of riding to go, his bike tipped over.  Was a steep camber on the side of the road and when he went to take it off the side stand it over balanced and had a lie down on the grass with Charlie.   He said it was to test whether or not he could lift it on his own, and Andi, he did it.

Called in to Osorno to get some Chilean money and gas then the plan was to hit the highway and do some miles.  However we couldn’t get any money.  Long story short, our card has been compromised and someone is having a nice spend up in the Phillipines so our card was cancelled.  So now we had to find a hotel with secure parking who wouldn’t mind that we had no money.  Because it was now getting late, we had to try a number of hotels as they were all full, but finally success. I was starting to look for camping sites. Some phone calls had Visa NZ with all the paperwork ready to issue us temporary cards, but to top the day off, the numbers to get the ball rolling in Chile were all wrong.   Fortunately Charlie realised he had an eftpos card on him and we are able to get cash out on that but the thing is we need our Visa to pay for the bike shipping and our airfares home.  Will have to wait and see what tomorrow will bring.

What has ticked Charlie off the most today, was his bike tipping over. 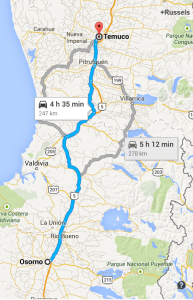 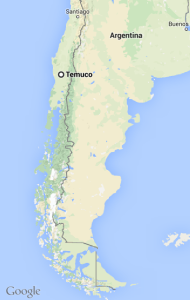 A late start to getting on the road today as we needed to sort our Visa cards, which we think we have managed to do.

We are now riding on a road we have been on before so it really is a case of the horses bolting for the stable.  We were so enjoying our ride, the temps are perfect, the roads good, and the countryside reminds us of home.    Until… we stopped for gas and noticed that there was oil all over Charlie’s back tyre!!!  Fortunately we were only 20kms from the next town and managed to find a Yamaha workshop.  The mechanic started on it straight away and 3 hours later it was all sorted – good guys at Yamaha Temuco. Also we found a hotel with parking just half a block away, perfect.  It just meant that we had another short day, but hopefully tomorrow all will go to plan.  We only have about 700km to go. 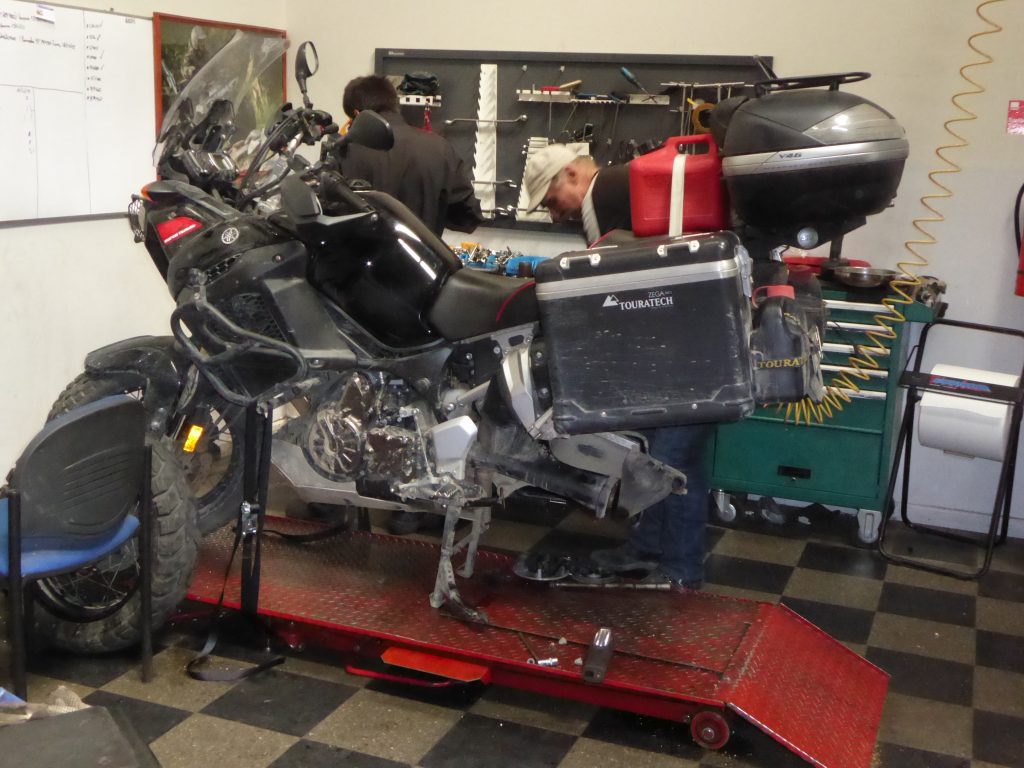 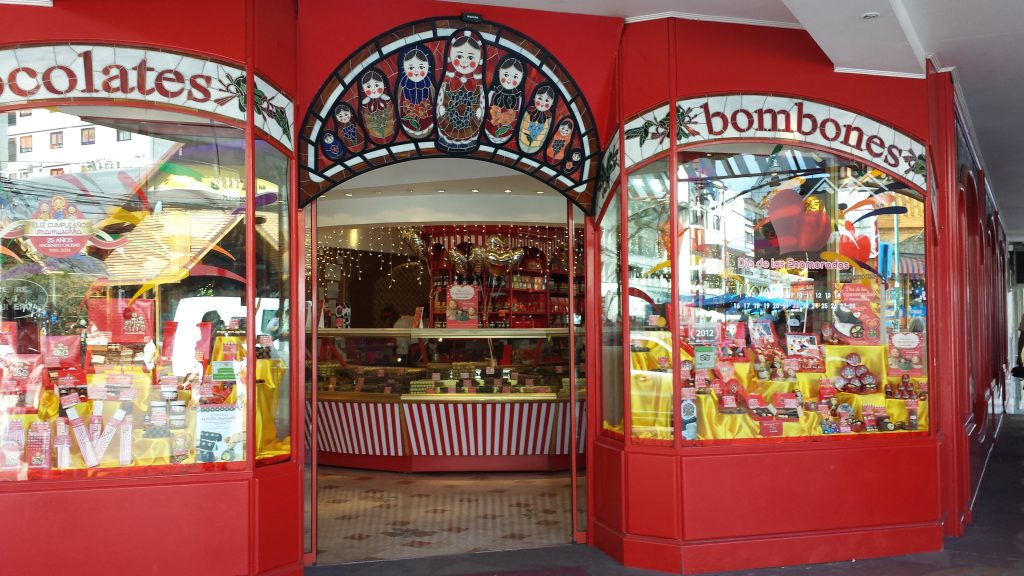 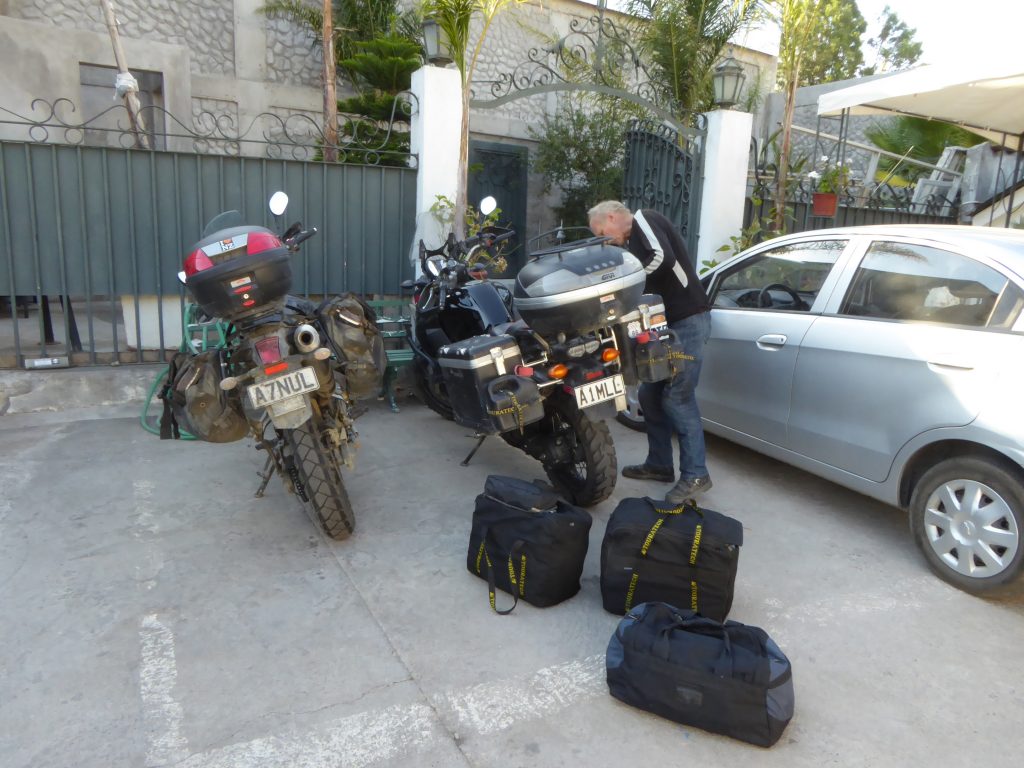